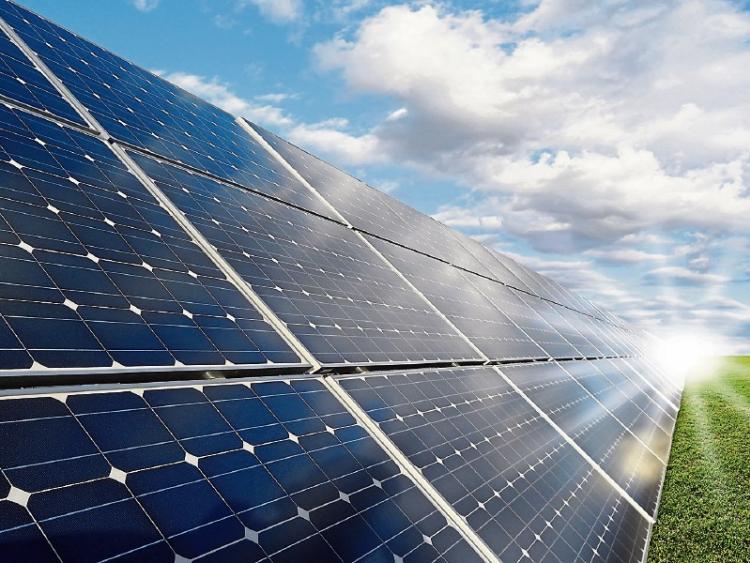 Kilkenny’s individuals, farmers, businesses and community groups involved in wind and solar power as they will be able to sell renewable electricity into the grid under a scheme being developed by the Minister for the Environment, Climate and Communications, Eamon Ryan TD, according to local Fine Gael TD, John Paul Phelan.

A new Microgeneration Support Scheme (MSS) is being designed to provide a route to market for citizens and communities. This will allow them to generate their own renewable electricity, e.g. from solar panels on their roofs, and receive a fair price when they sell the excess into the grid, Deputy Phelan explained.

“The Scheme design also seeks to establish the ‘renewables self-consumer’ model of energy generation and consumption in Ireland; to support community and citizen participation in the transition to a net-zero carbon economy; and to contribute to achieving our 2030 targets for renewable energy. This is fantastic news for the many renewable energy farmers who have invested heavily in the sector across our county in an effort to reduce our carbon emissions and over-dependence on fossil fuels,” Deputy Phelan added.

“This scheme will allow people and communities to become active participants in the energy transition,” Deputy Phelan continued, something which those involved in such farming and their representative organisations have called for over several years. “By producing and selling their own electricity citizens, farmers, business owners and community organisations can save on their energy costs and reduce their carbon footprint. I urge interested parties to get involved and have their say.”

Micro-generators will primarily serve their own consumption needs but will be able to receive a payment for excess electricity exported back to the grid. “The Scheme will ensure that there is equity in what supports are offered and how the cost of support is distributed. As part of the design, micro-generators must have first met minimum energy efficiency requirements for their properties,” Deputy Phelan concluded

Minister for the Environment, Climate and Communications, Eamonn Ryan TD is inviting the public to take part in a consultation on how the scheme will operate. The consultation is part of a broader movement towards greater citizen involvement in energy policy, committed to in the 2020 Programme for Government.

This public consultation will remain open until 17.30hrs on February 18. All responses should be submitted to publicconsultation_mss@decc. gov.ie or in writing to MSS Consultation, Electricity Policy Division, Department of the Environment, Climate and Communications, 29-31 Adelaide Road, Dublin 2, Ireland. D02X285.