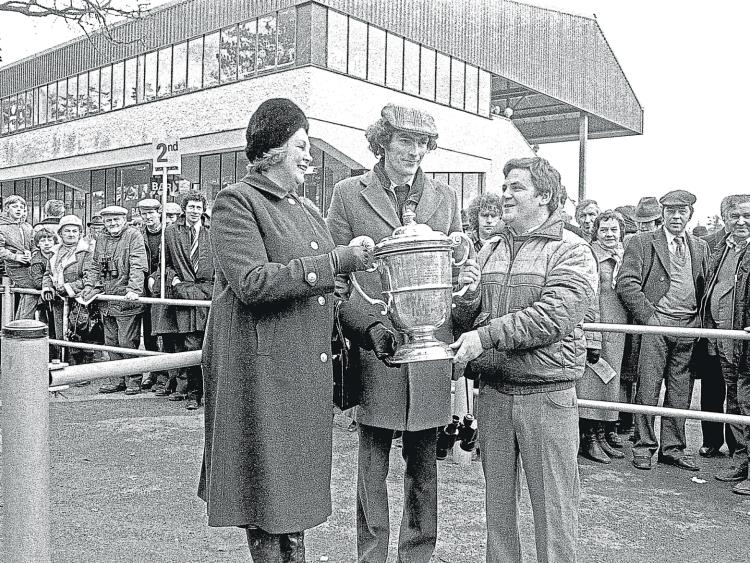 Felicity’s Pet was the winner of the 1982 Thyestes Chase 1982. Mrs Bunny McCalmont presents the cup to owner, Willie Brennan from Freshford (centre) and and Joseph G Murphy, trainer

Goffs Thyestes Chase Day at Gowran Park is a huge tradition for race fans across Ireland and this year's race should be no exception.
First run in 1954 the race distance is three mile one furlong (5,029 metres). Held with a maximum field of 18 runners, Willie Mullins is the most successful trainer with seven winners - Micko’s Dream was the first to bring the Cup to Closutton in 2000.
The race takes its name from the racehorse, Thyestes, by The Tetrarch (out of Tetratema), was bred by Major Victor McCalmont of Mount Juliet and trained by Atty Persse at Stockbridge, Wiltshire.
Thyestes was rated the third-best two-year-old of 1930 as a result of his winning his only two races, the National Breeders Produce Stakes over five furlongs at Sandown Park and the Rous Memorial Stakes over six furlongs at Goodwood. Thyestes never ran again due to injury and was retired to stud in Yorkshire. 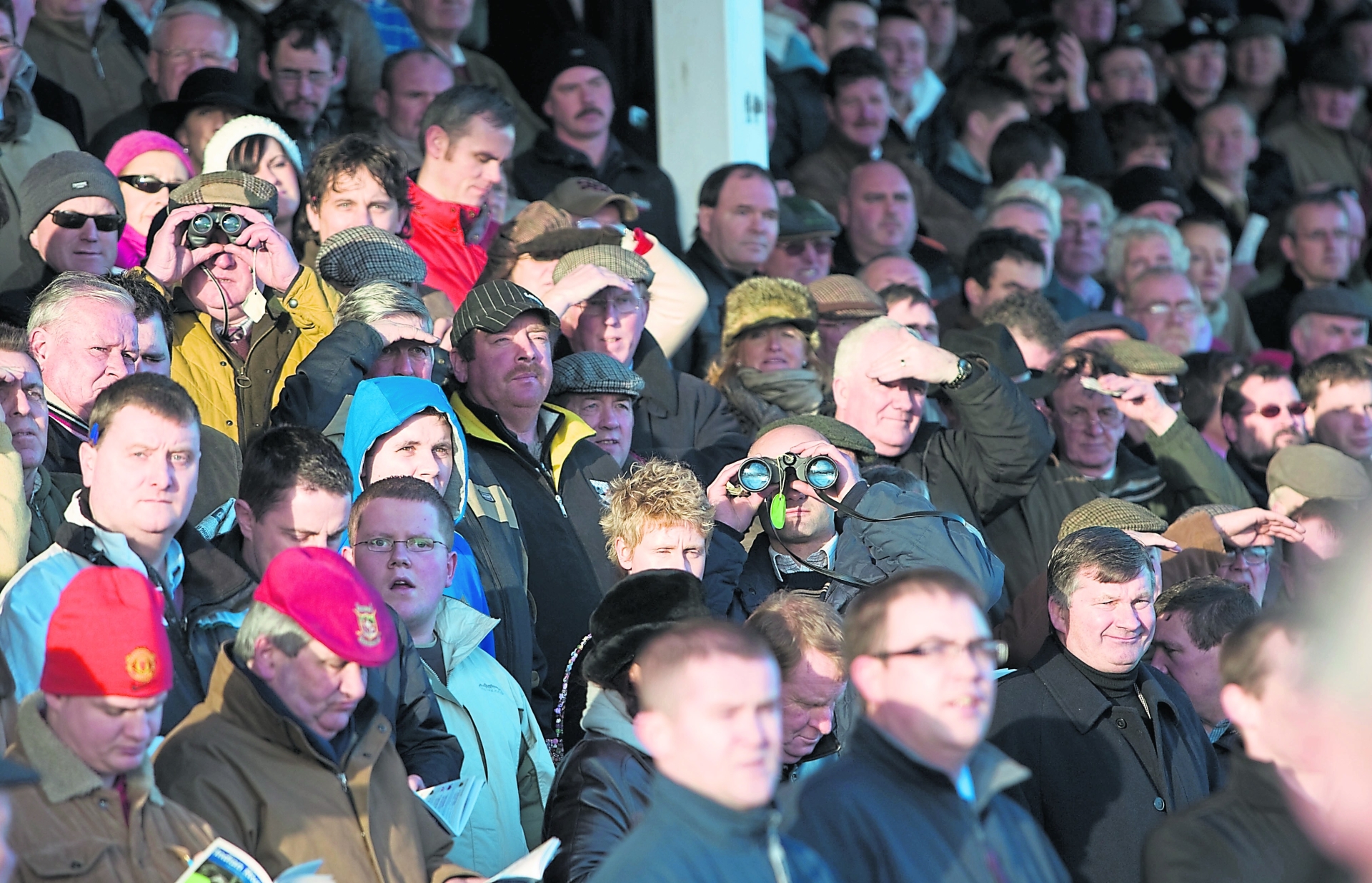 Thyestes Day has always been a crowd favourite at Gowran Park. However, the coronavirus means fans will have to make do with watching this year's race on television. RTÉ 2 will broadcast live from the Kilkenny venue today at 1.30pm

The Thyestes trophy was presented to the Kilkenny Show by Major Dermot McCalmont for a five-year-old likely to make a good hunter. The trophy was won by a horse owned by Mr John McEnery of Rossenarra Stud, Kells, County Kilkenny and ridden by his son Martin. The McEnery family then presented it to Gowran Park for the first running of the Thyestes Chase in 1954.
The race is usually contested by horses who go on to run in the Grand National and has been won in recent years by two horses who have gone on to win the Grand National, in Hedgehunter and Numbersixvalverde.
The most famous winner of the Thyestes Chase was Arkle in 1964. He led into the winners enclosure by the Duchess of Westminister. This was the same year Arkle won the first of his three Cheltenham Gold Cups. In recent years horses who have won the Thyestes Chase have gone very close in the Cheltenham Gold Cup, with Djakadam and On His Own both finishing being just pipped at the post.