Oranges - why they really pith me off! 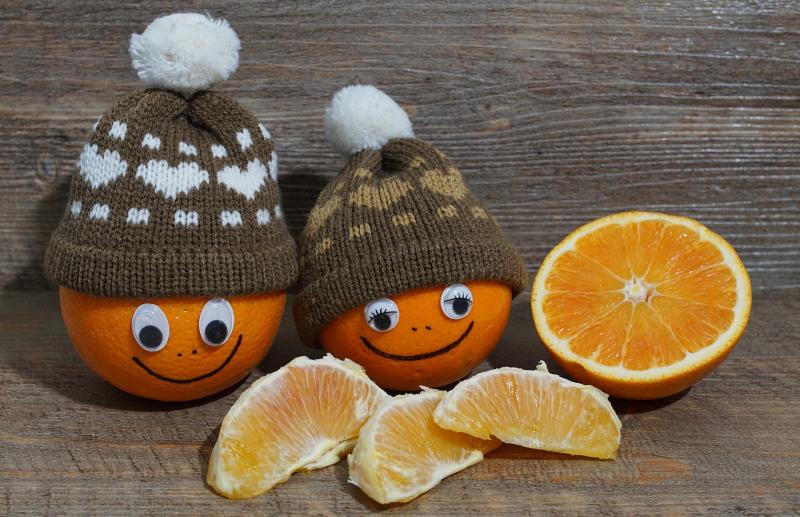 While keep-fit enthusiasts are jogging in the park I am usually sitting in my kitchen waging war on an orange Picture: Susanne Jutzeler, suju-foto from Pixabay

Did you know that 2021 is the International Year of Fruit & Vegetables.
I wasn’t aware of that until I read it somewhere. Anyway, with that in mind here are two ‘fruity’ ‘helpings’ of mine. Tasty, I hope.
Later in the year I may pen an ode to an aubergine (is that a fruit or veg?) or a sonnet to a scallion!
Oranges give me the pip! While keep-fit enthusiasts are jogging in the park I am usually sitting in my kitchen waging war on an orange.
It’s a vicious business really. You dig your thumb in and hope for the best.
THE ONLY FRUIT THAT FIGHTS BACK
The only fruit that ‘fights’ back, oranges have stained numerous shirts and several ties of mine. They’ve spattered my suits, my cheeks and bleached my eyebrows with their citric jettisons.
Never trust an orange is my motto. An affair with an apple is simple, straight-forward and sweet; a liaison with a pear or peach even more delightful but a relationship with an orange is volatile.
Sometimes sweet, more times sour you never quite know where you stand with them. Perpetually thinking someone’s out to grate them, the fruit is highly neurotic.
Be advised, have your orange now and then but for god’s sake leave it at that.
Oranges, of course, are not all bad (I hope so, says you). Can you imagine a bowl of fruit without the warm, amber glow of an orange?
And where would Fanta or Britvic be without the ‘original of the species’?
Were it not for the orange half the breakfasts in the country would grind to a halt; husbands would up and leave, abandoning wives, kids, boiled eggs and toast; interviewed later on flights to the tropics (where else) their stock reply would be: ‘I missed me marmalade’.
And if you have a touch of the sniffles (as distinct from anything more sinister) where do you go? Off to the sea, the Vitamin C, and more than likely via an orange or some close relation.
Yep, there’s a lot to be said for, and against, the orange. But this much no one can deny – the orange will always have appeal!

FRUIT APPEAL!
Peel keeps an orange quite cosy
But I must say I honestly dread
The spurts and the squirts of protest
When disrobing that citric, red-head

The apple comes practically naked
Which perhaps might explain - apple tart!
Yet whatever the nature of her appeal
Deep down, that fruit is all heart

The peach is decidedly special
A fruit of distinction and note
Succulent, sweet she arrives on the scene
In a delicate, velvety coat

Pineapples are exotic
But not fashion-conscious, I’m afraid
I mean what can one say concerning a fruit
That looks like a hand-grenade!

Grapes are intoxicating
Whether green or outrageously blue
They’re at their best when scantily dressed
In a flimsy veil, quite see-through

Lemons and limes can be nasty
Undoubtedly two of a kind
Bitter and brash, they shun all this flash
Dress in sensible, tight-fitting rind

The plum is quite a smooth dresser
She bursts into style late in June
Temperamental, of course, neglect her at all
And she quickly becomes - an old prune!