Route may have to be changed if 'mindless thuggery' continues 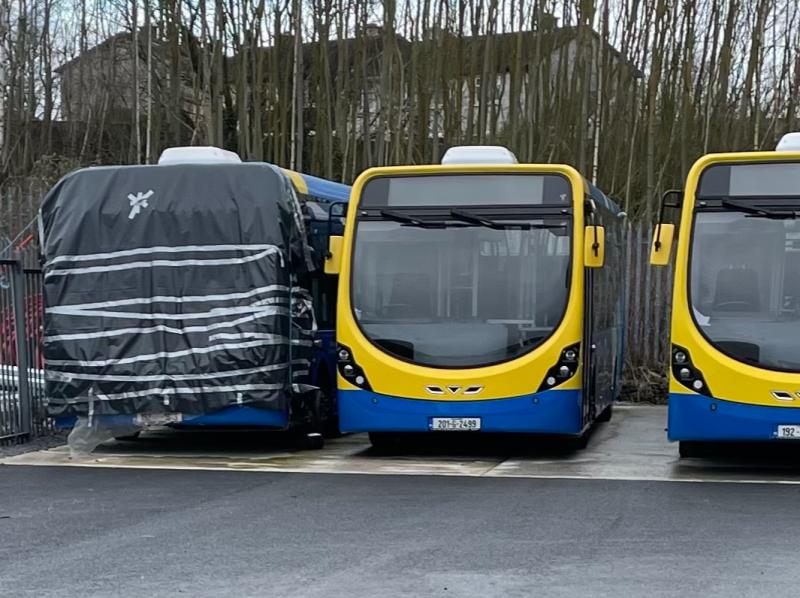 Kilkenny City’s KK2 route bus service was temporarily suspended after it came under attack by thugs throwing stones three times in the space of as many hours on Monday evening.

Two of the buses had their windows smashed, with stones ending up inside the vehicle. In one case, youths stood in the road and stopped the bus as it was travelling. All three of the incidents occurred close to the Hebron Road roundabout and Johnswell Road roundabout areas of the city yesterday.

Drivers are on high alert when passing through the area, and the general manager of the bus route says that if the attacks continue, the bus route may have to be altered to avoid the obvious danger. Cathaoirleach of Kilkenny County Council Andrew McGuinness has condemned the acts as ‘mindless thuggery’.

The most recent incidents occurred between 4.30pm and 7.30pm on Monday evening. Due to the threat and the time it takes to repair/replace the large windows which were damaged, the decision was made to pause the route for the rest of the day.

Bus route manager Jonathan McDaid told the Kilkenny People that the incidents have become a source of concern.

“For the safety of drivers and passengers, I had to cancel the service (temporarily),” he said. “It is a 12-tonne vehicle travelling along, and it is very dangerous if a driver was dazzled or hit by something. And you have cars coming the other way.”

It’s not the first time the buses have been targeted. Another vehicle’s window was shattered on Thursday. Mr McDaid says it is a possibility the route could be altered if it continues to happen. This, he said, would be a disappointment as it is a populated area and — prior to Covid —there had been a very encouraging uptake by passengers along the route.

“The behaviour I witnessed was shocking and must not be tolerated,” Cllr McGuinness said. “Windows on two buses were shattered within 24 hours in what is obviously a targeted unprovoked attack on the bus service. Not only did the vandals smash the windows but the rocks ended up inside the bus and could have easily hurt someone or worse. Not to mention the fact that if the driver was hurt or distracted there could easily have been a collision.

“It’s a shame to see such acts of vandalism put such a positive service into jeopardy. On one of the occasions, two young boys stood out in the centre of the road and stopped the bus. One boy stood in the way while the other went to the side banging the windows."

While the windows are expensive to replace, of most concern is the potential danger to drivers, bus passengers and other road users.

“This would have been a horrific ordeal for the driver and for the passengers," said Cllr McGuinness.

"Those youngsters must be stopped from continuing this mindless thuggery. I have spoken to council engineers who are investigating the incidents along with Kilkenny Gardai.”