Kilkenny Cathaoirleach does not support plans for Dunningstown Road 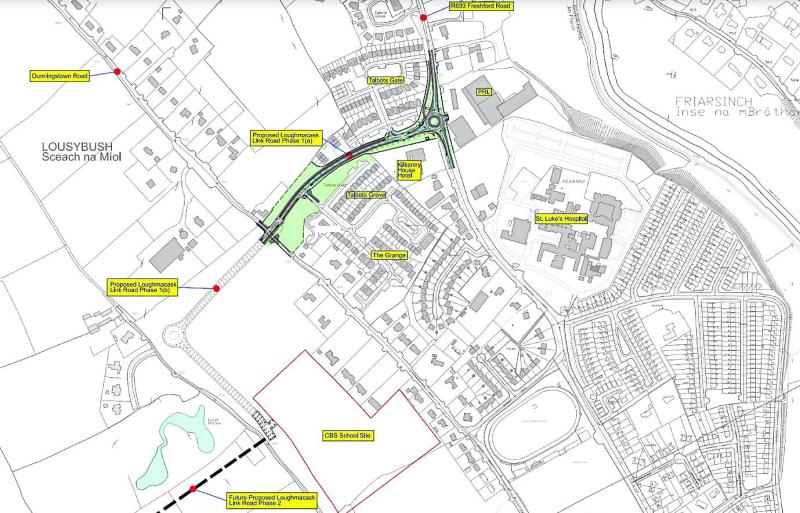 Kilkenny County Council Chairman Andrew McGuinness has confirmed that he does not support proposals that include blocking off the Dunningstown Road and has stated that he fully supports local residents who are campaigning for a better solution.

The new road design proposals are being put forward to facilitate an expected increase in traffic volume following the development of a new school in the area. The proposals include blocking the Dunningstown Road, a move many residents feel will cut their community off from Kilkenny City.

“We all want to see the development of a new school. It is badly needed and the sooner it happens the better. However, like any development, it cant be at the expense of what we already have and we cannot simply cut off a community of people with, what I believe, is a poor road design,” said Cathaoirleach Andrew McGuinness.

“I have outlined my concerns this week when I raised the issue at our Corporate Policy meeting. I asked that our engineers come up with a more suitable plan that facilitates the school but is also sensitive to the area and the concerns of the residents. I believe the vast majority of Council members feel the same way and many have also voiced their concerns,” he said.

“I asked that the suggestions that have been put forward by the resident’s groups in the area be considered and that they be consulted with extensively until a solution that facilitates everyone is found,” he said.

“Many of my fellow councillors have expressed their concern about current proposals and I am confident that a positive solution will be found. However, the proposals in their current form, in my view, would be damaging to a local community and residents believe they were not consulted properly and simply want their views to be heard,” he said.

Meanwhile Fine Gael Councillor Martin Brett has also raised a number of points about the proposed plans.
“I am in favour of the new school but we have to accommodate and engage with the residents on the Dunningstown Road.
“I think that an underpass or an overpass should be considered or another option would be that a roundabout be put in at the country end of the Dunningstown Road,” he said.
Cllr Brett also remarked that a new road could also be designed to link the new road nearing completion in the Western Environs of the city

“I believe there is a better solution that is more suitable for the area and that doesn’t cause anger, upset, worry and division in the local community,” he concluded.