He was found in an unresponsive state by colleagues 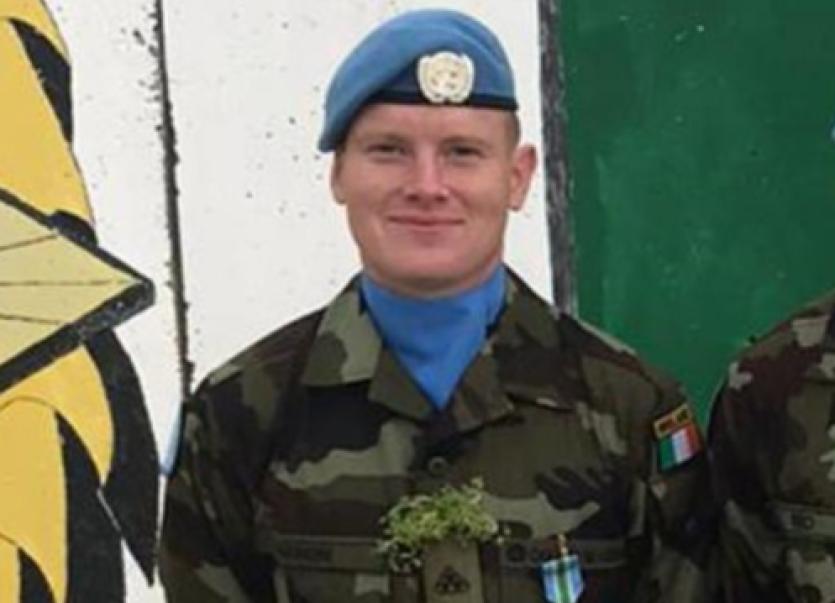 Tributes have been paid to a serving soldier, Private Mark Mahon (26), who sadly passed away having fallen ill while at work in Stephens Barracks, Kilkenny.

The soldier was found in an unresponsive state by his colleagues. A nurse and doctor were called on-scene and administered CPR, he was then transferred to St Luke's Hospital in Kilkenny.

Despite the best efforts of the medical staff he passed away. The Defence Forces are providing a liaison officer to offer any assistance to his family during this difficult time.

“As Officer Commanding, and on behalf of all members of the 3 Infantry Battalion and Óglaigh na hÉireann, I extend my deepest sympathies to the family, loved ones and many friends of Private Mark Mahon. Mark was an integral part of the 3 Infantry Battalion where he served with distinction both at home and overseas. He will sorely missed by all of his friends, comrades and colleagues serving in Stephens’ Barracks Kilkenny. Ar dheis De go raibh a anam dilis.”

Private Mahon is survived by his parents Rachel and Mark, younger sister Megan, long-term girlfriend Katie, Grandmother, Grandad, Aunties, Uncles and Cousins. He was an integral part of the 3 Infantry Battalion and will sorely missed by all friends, comrades and colleagues serving Stephens Barracks Kilkenny.