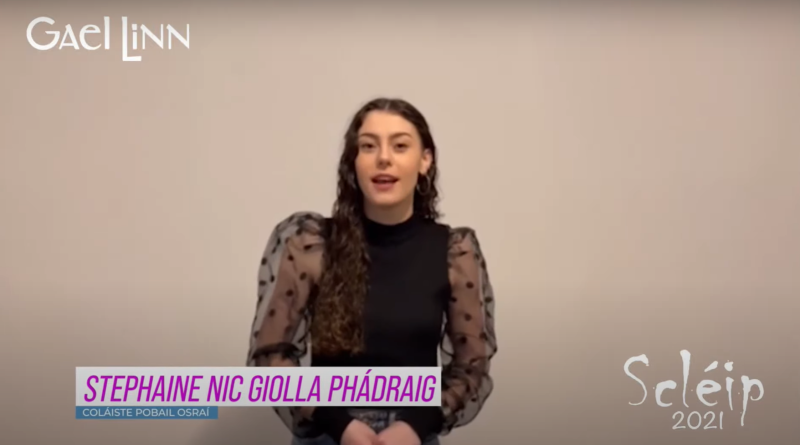 Congratulations are in order for fifth year Coláiste Pobail Osraí student Stephanie Nic Giolla Phádraig, who has advanced to the All-Ireland final of the Scléip music competition.

The event is continuing in an online format this year. Her fellow students and staff at the school tuned in as the Leinster stage of the competition was shown via live stream on the Gael Linn Youtube Channel.

There was huge support shown for Stephanie and the other acts from the school, first year singer Caragh, second year pianist Tymon, singer Ella from fifth year, and rock band ‘Killa agus na Chillas’ comprised of students Adam, Ethan, Oisín, and Tytus from Transition Year, as well as Eoghan from first year on drums.

Each of the acts turned in an excellent performance, in a notoriously competitive Leinster round. The students performed songs they had translated from English – no easy feat!

Stephanie’s winning piece was a translation of ‘Bound To You’ by Christina Aguilera.

Coláiste Pobail Osraí has traditionally done very well at Scléip – scooping the top prize on a number of occasions in recent years, and the school wishes Stephanie every success as she progresses to the final of the competition.