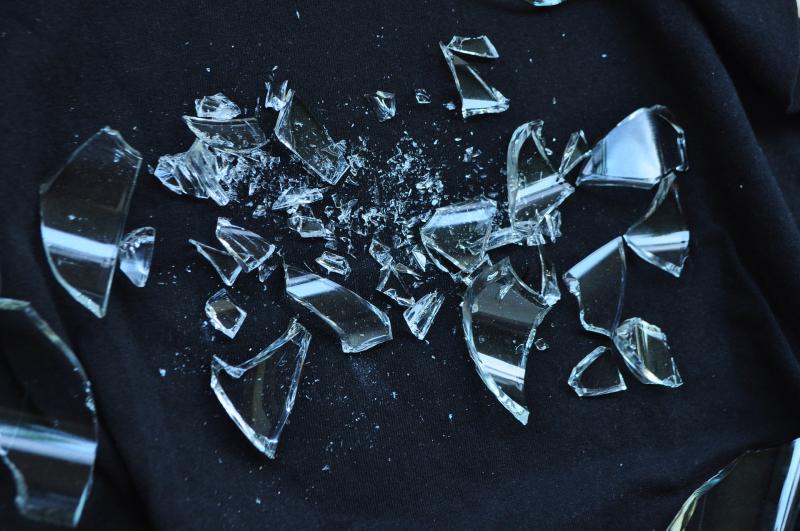 Here's what made the headlines on page one of the Kilkenny People 50 years ago this week - February 26, 1971

Bottle smashing is becoming an alarmingly popular form of night vandalism in Kilkenny - particularly at weekends.
And broken glass is now a familiar morning sight, especially on Sundays.
The number of milk bottles being smashed and taken is truly amazing - no fewer than about 2,400 a week!
One youth admitted to tying a piece of string around empty milk bottles on a window sill, connecting the string to the front door and knocking.
When the door is opened the bottles are pulled on to the pavement and smashed - usually giving the person who opens the door quite a fright.
The youth thinks it's great fun.
At Kilkenny Creamery a Kilkenny People reporter was told that every two months a consignment of 270 crates of 60 bottles each (a total of 16,400 new bottles) is required because of the extraordinary losses.
At Ardboy Dairies the story was the same. Bottles are disappearing at an alarming rate. And the situation is getting worse and worse for the past three or four weeks.
"We are losing about 40 bottles a day," a spokesman said. "With bottles costing sixpence each it all adds up to a lot of money."
Early on Sunday morning, several bottles were kicked around William Street and smashed by a group of youths.
In John Street the same thing happened - though it appears to be a regular occurrence here.
"Nearly every Saturday night that I put out the crates of bottles for the early Sunday morning delivery some of them were broken," said one shopkeeper.
"One night I waited up until nearly two o'clock in the morning before I put the bottles out, but I was only in bed a few minutes when I heard them being smashed.
"Now I have completely given up putting out the bottles on Saturday night."
A Garda spokesman said no complaints had been received about bottle smashing, but there had been several complaints of public lights being broken throughout the city.
MAN ON THE LEDGE
A young patient in St Luke's Hospital hung from a window ledge for over 20 minutes on Saturday night.
The patient got out through a toilet window and, hanging from a window ledge, he shouted for help.
He was spotted by hospital attendants, who could not get very near him but acted quickly and tied blankets from his wrists.
When Kilkenny Gardai Pat Penny and Bernard Sweeney arrived they got short ladders and could only reach the patient's feet. They held on to him desperately until the Kilkenny fire brigade came to the rescue. From an extending ladder firemen Pa Fahy and Joe Stapleton carried the young man to safety.
COMER STRIKE
Mr Dineen, the manager of the Castlecomer brick factory, warned this week that the company could easily lose important contracts if a settlement to an industrial dispute at the factory is not reached soon.
Of the 37 men employed at the factory, 29 are affected by the strike, which is now in its second week. Despite Labour Court negotiations between the management and the Workers Union of Ireland, of which the men are members, no settlement has been found. The men have placed pickets on the factory.