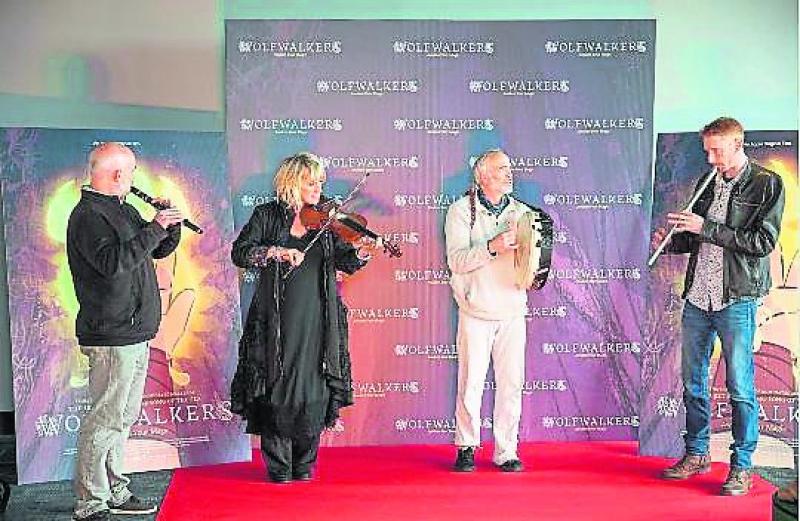 As the crew from Cartoon Saloon bask in the glow of nominations and award wins for their latest feature film, Wolfwalkers, they are taking time out from the virtual red carpet to play their part in Kilkenny’s St Patrick’s Day celebrations.

Wolfwalkers draws heavily on the rich Irish mythology, folklore and landmarks readily available in Kilkenny. Scenes from the film will provide the backdrop during a very special performance by musical partners Kila, who teamed up with Cartoon Saloon’s regular composer Bruno Coulais for the third time to create the soundtrack to the film.

Festival organisers, Kilkenny County Council said they were thrilled to have this event as the flagship event of the national holiday.

“We’re delighted to be able to celebrate their achievements while highlighting the best Kilkenny has to offer to local, national and international audiences online,” he said.

“We urge people to share this event far and wide and to encourage Kilkenny people from Thomastown to Tokyo to feast their eyes on the beauty of our city and county while listening to the finest music we have to offer. There might even be some Irish dancing in the kitchens around the world.”

Landmark Kilkenny buildings and historical sites will be highlighted in the event, both as they are now and as they are featured in scenes from the movie which has wowed the critics all over the world. At the time of print, Wolfwalkers has 16 wins and many more nominations.

“We are delighted to congratulate all connected with Wolfwalkers on their recent Golden Globe nomination and for the way the film has been received worldwide. We are really excited by this music event, our first commission in this virtual year,” says Cllr McGuinness.

Kila have also expressed their excitement about the collaboration for the big day.

Honour
“It’s always a pleasure to work with the team at St Patrick’s Festival, Kilkenny and Culture Ireland have had our back now for many years and are always a huge support. It’s truly an honour to be involved with our animation brothers and sisters showcasing Wolfwalkers and Kilkenny — itself a cultural beacon.”

Paul Young, Cartoon Saloon co-founder and producer says that the studio is delighted to be able to take part once again in the St Patrick’s Day Festival.

“Even though we cannot be there in person as we have done in previous years, we are delighted to bring Wolfwalkers back to its hometown setting,” he said.

“Kilkenny has provided the film crew, both local and international, with so much rich visual and cultural inspiration we cannot wait to see it as the backdrop for this special performance by Kila.”