Peering into potholes and phoning poems! 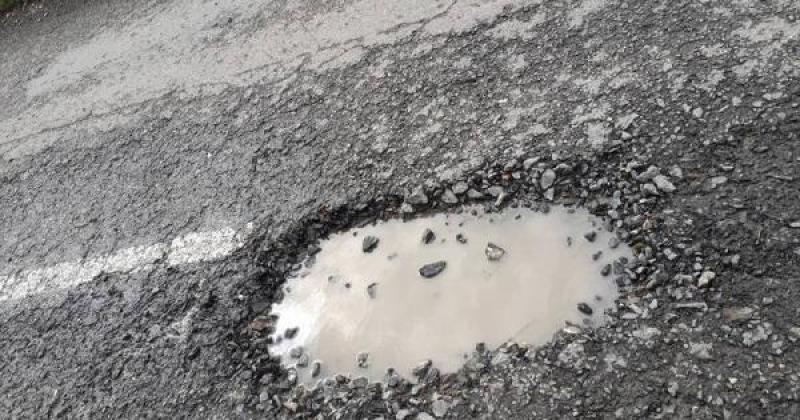 Don’t know if Darwin had a theory on the evolution of potholes but I do. And it’s simple - they evolve rapidly. Very rapidly!

There’s a pothole in our lane. Big? Small? Well, I’ll put it this way you need to swerve around it when driving.
Go over it and your tyres won’t thank you. Nor indeed will your car. And your body does not appreciate the sudden jolt.
Initially, I kept driving over it until somewhat like Pavlov’s dogs the constant jolting conditioned me into swerving.
Now I need to swerve around it so much that my car is almost grazing the wall. Better the wall, of course, than a pedestrian. And I’m swerving much more because the pothole is evolving.
Don’t know if Darwin had a theory on the evolution of potholes but I do.
And it’s simple - they evolve rapidly. Very rapidly. One day they’re the size of a sliotar and before you know it they’re as big as a football or basketball or rugby ball, potholes are not partial to any particular sport nor are they renowned for symmetry.
Indeed I’ve seen potholes that resemble massive Rorschach blobs (in a bit of a high-brow mood this week, I blame the Lockdown and boredom).
Now the good news about our pothole, and I have this from a good source (ie a good neighbour) is that someone is looking into it! A local politician, I believe.
Which got me wondering. What, exactly, does a politician see when he looks into a pothole? I’ll wager he, or she, sees votes. And the number of votes he sees is not in direct proportion to the size of the pothole, it’s in direct proportion to the population of the street or estate that’s harbouring the pothole.
In short, the more people residing in the pothole’s vicinity the merrier, or rather the more votes.
There are only a handful of houses in our lanes. Bad news that for the local politician. Bad news that, for us and our pothole, which certainly won’t find itself topping the poll when it comes to being filled in. Our pothole may be way down the list. So far down the list that it could well be a small crater by the time it’s filled or plugged or whatever.
Unlike politicians, when I look into a pothole I see, not votes but boats! That’s right - boats! And I see boats because at the rate this pothole is expanding it’ll be only a matter of time before it evolves into a little lake.
Already it’s full of water and I wouldn’t be a bit surprised to see a few tadpoles wriggling about in our pothole! And if the rain keeps up (and why wouldn’t it) we may soon have a few trout flitting around in there. Followed by fishermen. And boats!
And the way things are going we residents may well need a boat to ferry us across the pothole cum mini lake!
See how a simple pothole can evolve when ‘looked into’ by a creative writer with a fertile imagination? Much better fun that simply seeing votes don’t you think?
In the meantime, the politician is in lockdown. The pothole fillers are in lockdown. The pothole is in lockdown. I’m in lockdown. We’re all in lockdown.
Mind you there is light at the end of the pothole, unfortunately it’s the light from the street lamp directly above it reflected in the ever deepening pool!
Guess the pothole might well be a DIY job. Now where might I get a bucket of tar of these days?
Phone a poem!
Here’s a little something different to do in Lockdown – phone a poem! It’s an initiative of our Kilkenny Arts Office. 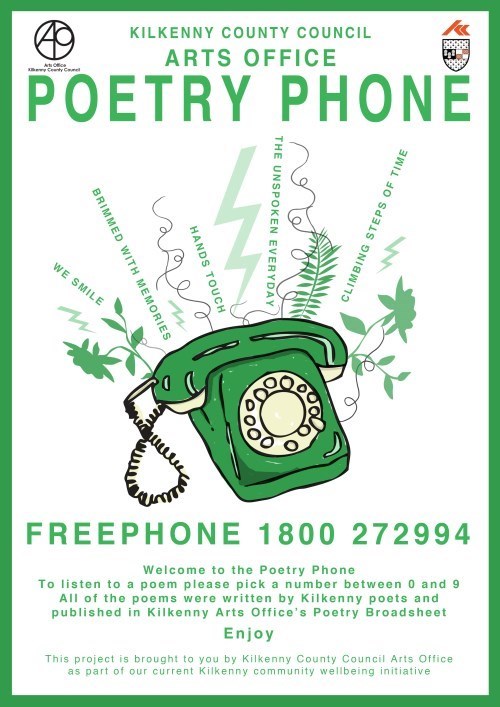 All you have to do is dial 1800-272 994 to listen to one of ten poems written by Kilkenny poets: Nora Brennan, Kevin Dowling, Mary Malin, the late Michael Massey, Nuala Roche, Mike Watts, Noel Howley, Carmel Cummins, Angela Kehoe and Kathleen Phelan.
The poems are recited by local actors Susie Lamb, Ger Cody and Nuala Roche and evoke memories of a certain time and place. These memories offer a sense of solace while providing a moment to travel to places afar unreachable in our present times.
To listen to a poem dial 1800 272 994 and pick a number between 0 and 9. The poems were written by Kilkenny poets previously published in the annual Kilkenny Poetry Broadsheet.
PS - Well I’ll be damned. Prior to submitting this column I popped out for a badly needed cappuccino and guess what? The pothole is filled in! What can I say except Number One, sir, on the way. Every day. Especially Election Day.