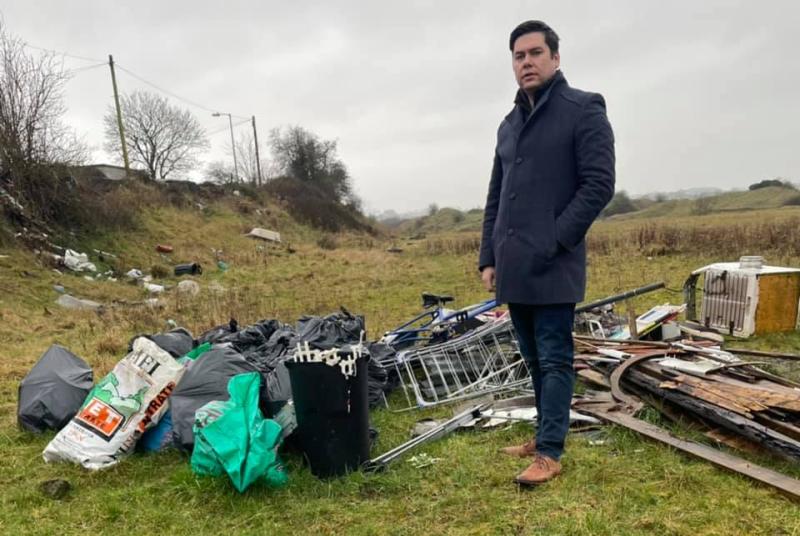 Cathaoirleach Andrew McGuinness with the bagged up rubbish at Daly's Hill

Large amounts of household rubbish, the carcass of a butchered animal and old broken furniture and carpet made up just some of the rubbish that has been dumped at Dalys Hill over a period of time according to local Councillor and Chairman of Kilkenny County Council, Andrew McGuinness.

"I have been working with residents and representatives of the landowner for a number of weeks now and they have since bagged all of the rubbish that was dumped there at their own expense. This is the third time they have had to do this and it should not be happening," said Chairman Andrew McGuinness.

"When I visited the site some weeks ago it was in an appalling state. Massive mounds of rubbish were visible from the lane at Emmet Street and Fatima Place. There was a butchered animal that I had identified as a pig by a local butcher who also stated it was professionally butchered. There was also a make shift pathway through a cut fence onto the site," he said. 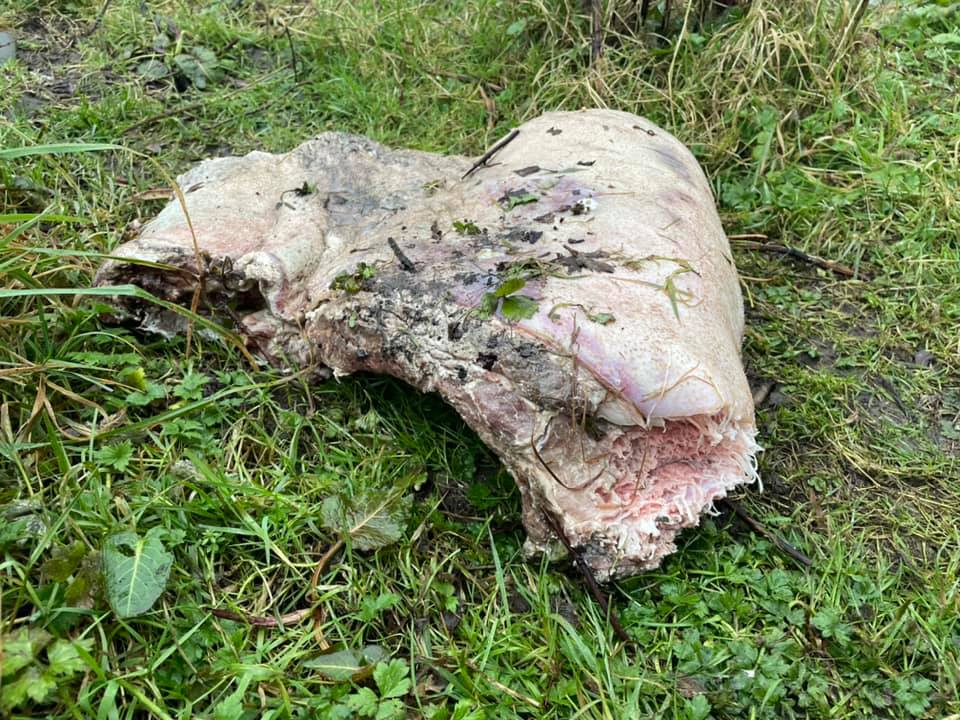 "Since then, it has been reported to the Gardai who are investigating along with the Council. Workers on behalf of the landowner have bagged the rubbish and I am now calling on Kilkenny County Council to dispose of it so the land owner does not have to foot all of the expense yet again," he said.

"Kilkenny County Council did remove the carcass and they are investigating but we need CCTV and a plan to prevent this from happening in the future as it is now a regular occurrence and hugely unfair on local residents and the landowner.

"I have to give great credit to Blixy and Maurice for the huge amount of work they have done in cleaning the site but its now time for the local authority to step in and meet the landowner half way," concluded Cllr Andrew McGuinness