How I came to be on Who Wants to Be a Millionaire? 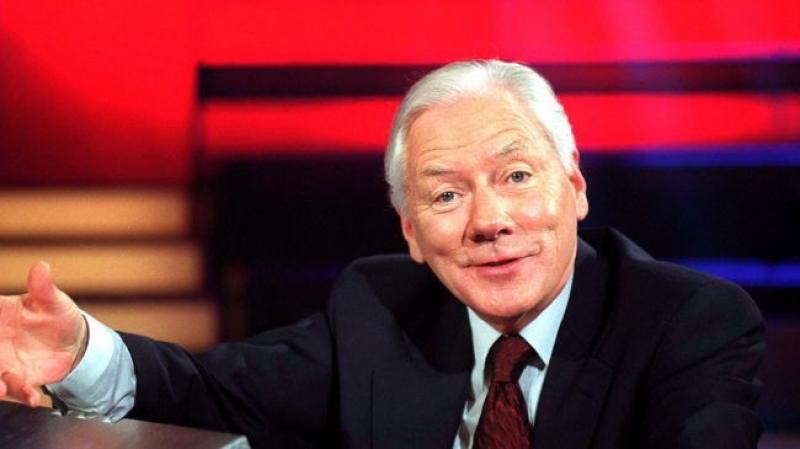 Don’t know if you watched Quiz on RTE One recently. Quiz was a three part series about Major Charles Ingram’s appearance on Who Wants to Be a Millionaire? and how he won the million. And how he cheated! (It may still be on the RTÉ Player).
Me, I was glued to it. I wanted to see how the cheating, ie the coughing was managed. I also wanted to see the outcome of the ensuing court case (I genuinely had forgotten) but above all I was glued to it because yours truly appeared on the Irish version of the show with the late Gay Byrne back in 2001 - the same year as the coughing episode across the water!
What really intrigued me was how Major Ingram’s wife, Diana, had gotten on the show. Her brother had been on it before her and I thought perhaps when yet another family member, namely her husband, managed to make it on to the show someone might have smelled a rat.
And there was a rat, or rather a system. But I’m not getting into all that because it’s a tad complicated and besides there are no less than three programmes on YouTube regarding the scandal, including the entire episode of the infamous show itself.
What I really want to write about is how Diana Ingram and Gerry Moran got on their respective screenings of Who Wants to Be a Millionaire?
I should mention here that Mrs Ingram went on the win £32,000, as did her brother before her. Gerry Moran went on to win nothing because his finger wasn’t fast enough and he failed to make it into the hot seat with Gay.
But here’s what fascinated me: Diana Ingram made over 300 calls to the show in the hope of getting on. And the calls paid off.
And how many calls did Gerry Moran make to get on the show? Give a guess. Ten? Twenty? One hundred? Two hundred?
Nope. Gerry Moran made NO calls to the show! None whatsoever! And I had better explain because the only way of getting on Who Wants to Be a Millionaire? was to answer a general knowledge question advertised on radio and ring the accompanying telephone number with that answer (and there was no way of cheating with this).
So, Gerry, how did you manage to make it on to Who Wants to Be a Millionaire? without going through the necessary protocol?
Were you cheating Mr Moran? I wouldn’t know how. Then again, if I had known how well…. well I just might have been tempted.
It all started in a pub. In Thomastown. My wife and I were with two other couples when I casually, by way of making conversation, asked them the general knowledge question I’d heard on the radio that day for a chance to get on to Who Wants to Be a Millionaire?
The question was simple; they always are, as the WWTBAM? people make their money from the phone calls. The more. The merrier. The more money.
One of our company took a mobile phone (when few of us had one) from his pocket and dialled the easy-to-remember number of the show that I gladly gave him.
‘Same again?’ he asked as he walked to the bar with the phone to his ear. And that was that. Until two days later my house phone rang.
‘Hi, is that Gerry? Gerry Moran?’ ‘It is.’ ‘This is ‘Who Wants to Be a Millionaire? your phone number has been randomly chosen to answer a question which may result in you appearing on WWTBAM?’
Jesus, Mary and Holy St Joseph my friend - the fecker - had obviously given my name and phone number when answering instead of his own.
‘Do you wish to proceed, Gerry?’ Sure what could I say? And the possibility of winning a million pounds (or even a thousand) flashing before my eyes. ‘Yes.’
‘Gerry, you have 10 seconds (at least I think it was 10) to answer, your answer will be put into the system and we will ring back to let you know whether you’ve made it. Are you ready?’
Of course I wasn’t but what the hell. ‘Gerry, what, do you think, is the area of Greenland?’
Good Jesus! Greenland! Where exactly is that? Up around Iceland, I’m thinking. Only it’s bigger. Much bigger. ‘We need an answer, Gerry.’
Gerry throws out an answer. Don’t ask me what my answer was but when I checked out Greenland later I thought: good luck, goodbye and goodnight to your chances of appearing on WWTBAM?
About an hour later the phone rang. ‘Gerry you’ve been one of the 12 (I think) chosen to be on WWTBAM? Are you happy to go on the show?’ Am I what? ‘Yes’, I meekly reply.
I could only assume that many of the other hopefuls knew even less about Greenland than I did.
And the rest, as they say, is history. The history of how yours truly appeared on Who Wants to Be a Millionaire?
And knew nothing. Absolutely nothing. About coughing!