Kilkenny grandfather and grandson named runners up in photography competition 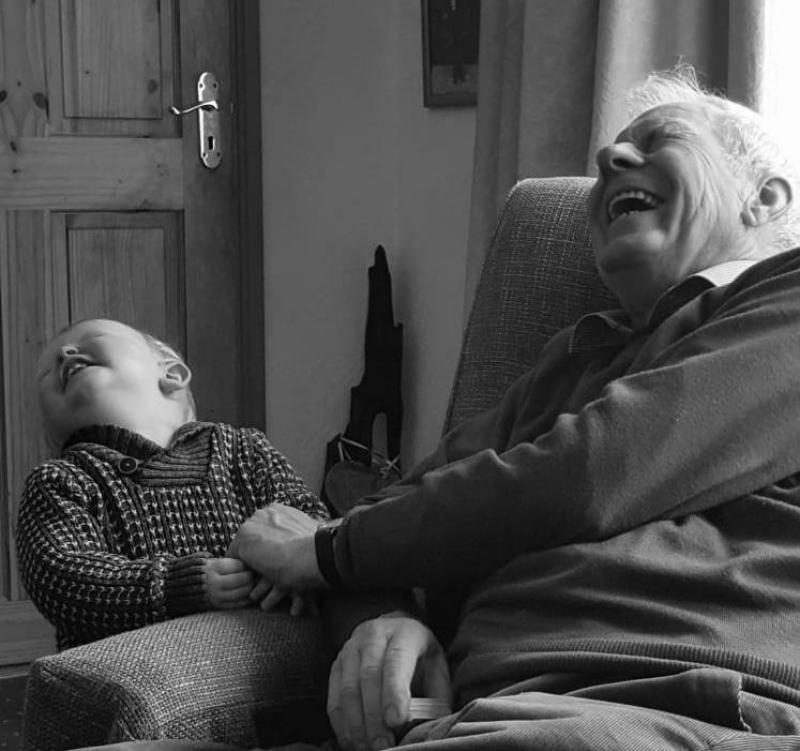 Tanya Gaine from Thomastown is celebrating after her photograph, that captured a tender moment between her son, Michael, aged three and his granddad, also Michael Gaine, aged 78, were named as a runner-up in the Fisherman’s Friend Search for Ireland’s Greatest Friendship competition.

Following a nationwide search by Fisherman’s Friend for Ireland’s Greatest Friendship, individuals from across Ireland were encouraged to celebrate their friendships ‘through the lens’ and share photos that captured their friendships and what that bond means to them.

“We are thrilled to be running this competition for the third year, celebrating friendship through the art of photography – that moment caught in time that makes you smile. This past year has been particularly challenging for everyone; however, it has also demonstrated the immense community spirit that exists within Irish communities and we know that friendships have played a key role in this” comments Jon White, Regional Business Manager, Fisherman’s Friend.

Jon continues, “It has been a privilege to judge this competition, in partnership with the Irish Farmers Journal, and to celebrate and recognise Ireland’s Greatest Friendships. The quantity and quality of the entries was very impressive, depicting an incredible diversity and range of interpretations of friendship and what it means to people from across Ireland. Tanya’s photo stood out for all the judges and she is a very worthy runner-up.”

The winner of Ireland’s Greatest Friendship photography competition was Anna Cronin and her son Bill Harrington, from Co. Cork.

Fisherman’s Friend’s search for Ireland’s Greatest Friendship launched in November 2020 in association with the Irish Farmers Journal.  For more details on this year’s event and to see the full range of finalists, visit Fisherman’s Friend Ireland Facebook Page at Facebook.com/ FishermansFriendIreland.