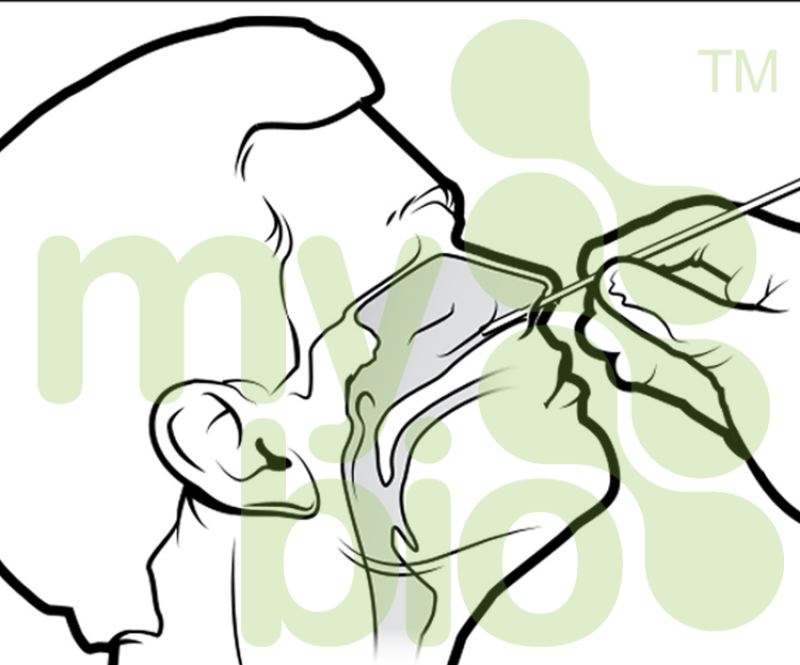 MyBio: The less invasive nasal #swab method is now clinically proven for our #rapidtest which means children can now be tested

Rapid antigen self-tests for home use could soon play a major role in curbing the spread of the Covid-19 virus and allowing society and the economy to safely reopen in Ireland in tandem with ongoing vaccination efforts.

That’s according to the award-winning Kilkenny-based life sciences company, MyBio, which has announced it is bringing the first Covid-19 rapid antigen self-tests to the Irish market. Managing Director of MyBio, Dr Linda Nolan describes the products as a ‘game changers’, and says regular self-testing at home can reduce pressure on the healthcare system.

The company has formally submitted an application to the Health Products Regulatory Authority (HPRA) for approval of its rapid antigen Covid-19 self-tests for sale directly to consumers on the Irish market.

HUGE NEWS FOR #CovidTesting in Ireland
MyBio are bringing the first Covid-19 rapid #antigen self-test to the Irish market. Self-tests for home use will provide Irish society with an invaluable tool as we open up again. More here https://t.co/3adHex7E4M pic.twitter.com/iAWsmAe4sC

“The test has already been evaluated by leading state scientists and reference laboratories in Germany and has received approval for at home use from the German medical regulatory authority,” said Dr Nolan.

“It is our view that this approval by a fellow EU Member State means that it should be a very quick turnaround for HPRA approval in Ireland.

“In the UK, a similar application for exceptional use of at-home Covid-19 rapid tests was approved by the UK’s medical regulatory authority back in December. They are now playing a key role in a surge of nationwide testing. Millions of tests are being deployed to parents and families on a weekly basis to allow for repeated at-home testing as children and college students return to schools and universities.

“In Ireland, hundreds of thousands of students are returning to the classroom over the coming weeks and Education Minister Norma Foley has indicated that she is considering the role that antigen testing could play in schools.”

Last October, MyBio published a white paper on ‘The Role of Antigen Testing in the Plan for Living with Covid-19’, which argued that Ireland needs to ramp up the scale of its testing in order to track, trace and curb the spread of the virus in the community and to allow society and the economy to safely reopen. The advantage of using rapid antigen testing alongside the state’s PCR test is that they are faster, relatively cheap, and can play a crucial role in picking up asymptomatic individuals in the community.

"They are simple and more comfortable to use than previous iterations as the test collects the sample from the front area of the nose instead of the nasopharynx. By following simple instructions, people can perform the test at home and have results within 15 minutes. These tests are already in widespread use in Germany. We have them warehoused and ready to be on shelves in retail outlets across Ireland within weeks once we have approval from the HPRA."