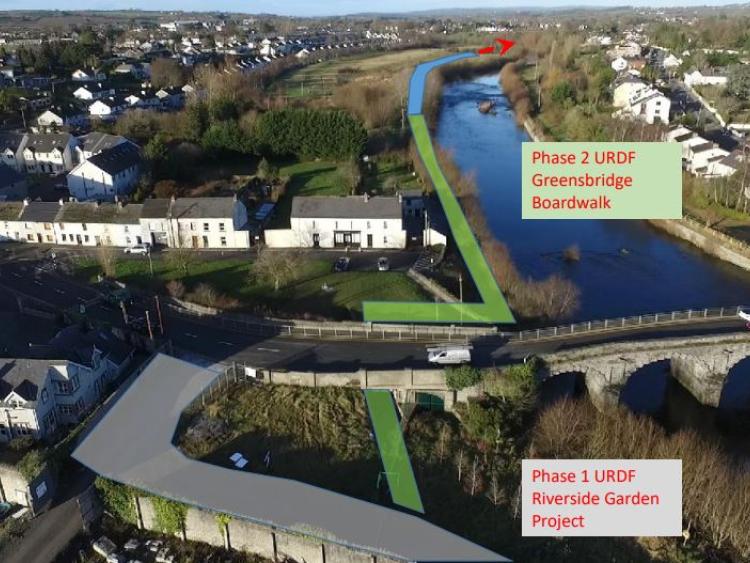 The €18.1 million announced for Kilkenny today will be used to achieve key ambitions such as a Greensbridge boardwalk, refurbishment of squash courts as a cultural hub, and public realm upgrades, Fine Gael Deputy John Paul Phelan has said.

The second round of the Urban Regeneration and Development Fund (URDF) will see €11.46 million for phase two of the Abbey Quarter Plan and over €6.64 million for the Kilkenny City Enhanced Liveability Project.

Deputy Phelan says it will fund transformation projects that will benefit the community. It will deliver phase two of the Abbey Quarter Plan including a Greensbridge boardwalk to the Abbey Quarter and the refurbishment of the squash courts to serve as a cultural home, among other improvements.

“Based on applications from local authorities, the URDF will see substantial investment in infrastructure, improving transport and connectivity, quality and location of housing, recreational and cultural facilities, among other areas. This new investment will unlock the potential of our urban areas, making the best use of land available, promoting sensible development and compact growth, and ensuring that our urban communities are attractive and vibrant places in which to live, work and visit.

“The support from the URDF for our communities is more vital than ever with the growth in remote and blended working which means more time spent at home locally, reduced time spent commuting as well as a boost for local businesses.

By aligning with both the National Planning Framework and the National Development Plan, the URDF focuses investment on infrastructure, including transport, housing and recreation, in a way that improves quality of life for all.

“I know the work that has gone into planning and developing these transformative projects and I’m eager to see their implementation which will benefit us all here in Kilkenny and Carlow.," Deputy Phelan said.