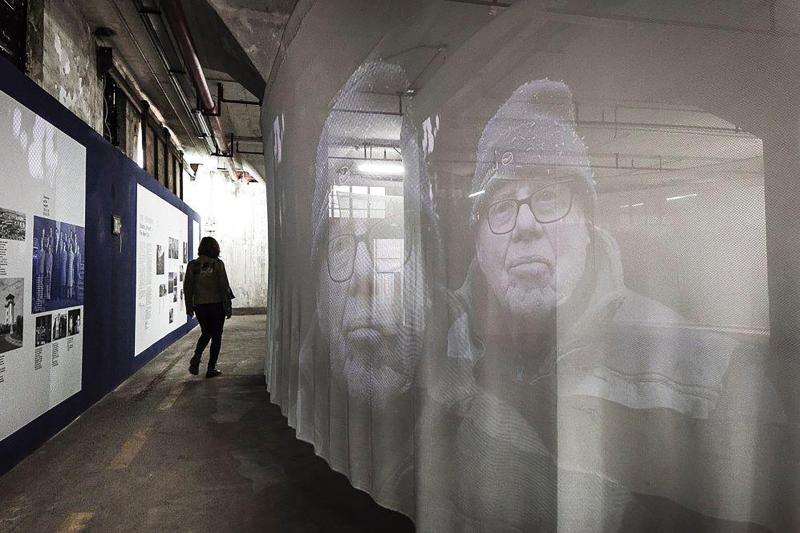 Images from 'New Horizon - architecture from Ireland' exhibition at Shenzhen, China which featured in the Nine Lives Exhibition as part of Kilkenny Arts Festival

Industry webinars hosted by the Kilkenny-based Design & Crafts Council Ireland (DCCI) are taking place to explore how Ireland can benefit from a landmark new initiative that will shape the future of Europe.

The New European Bauhaus project by the European Commission is a cultural movement that aims to make Europe carbon neutral by 2050 and to renovate 35 million buildings across the continent by 2030. European Commission President Ursula von der Leyen has described New European Bauhaus as a movement to act as “a bridge between the world of science and technology and the world of art and culture”. The project seeks to create a European Green Deal aesthetic combining innovative design with sustainability under the motto that “the necessary can also be beautiful”.

To help kickstart the national conversation around New European Bauhaus, DCCI, the Irish Architecture Foundation (IAF) and the Institute of Designers in Ireland (IDI) are organising three informative sectoral webinars. The first of the webinars, which was attended by representatives from the construction, architecture, environmental and technology sectors, took place last Tuesday. This was followed by a second webinar, gathering representatives from the design, crafts and arts sectors, held last Friday.

The final and third webinar, which will feature representatives from the business and government sectors, will take place this Thursday, March 18.

Design & Crafts Council Ireland, the national agency for the commercial development of Irish designers and makers, described New European Bauhaus as “a historic moment for design in Europe”. Working closely with its partners in the Bureau of European Design Associations (BEDA), the national design and crafts agency is currently assisting its members, the wider design community in Ireland, and any industry stakeholders who are interested in becoming involved with the Europe-wide co-design process to do so.

Andrew Bradley added: “New European Bauhaus is a landmark initiative that has incredible potential for the design sector in Ireland and across Europe. It is very encouraging to see the European Commission incorporate design and design thinking into its policy process to such a degree. Design will play a central role in shaping Europe’s future and we look forward to engaging with our partners across the different sectors to explore how Ireland can benefit from the initiative and play a leading role in New European Bauhaus.”

DCCI Chief Executive Rosemary Steen said: “New European Bauhaus brings together the knowledge and insight from different disciplines, from science and technology, architecture and design, to arts and crafts, very much in the style of the original Bauhaus movement, created in Germany a century ago. The old Bauhaus slogan ‘form follows function’ however needs to be rethought and adapted to mean ‘form follows our planet, our environment’. The New European Bauhaus project aims to implement the necessary European Union plans for a greener and more sustainable Europe while at the same enhancing the aesthetic of this process.”