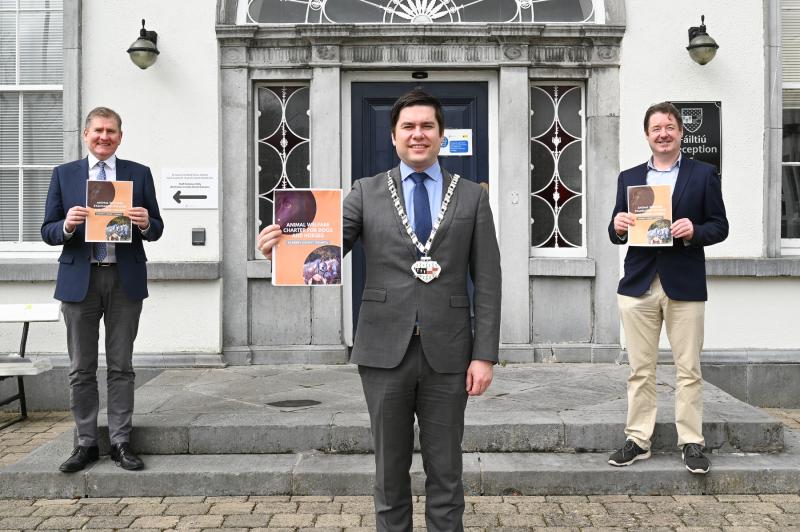 Kilkenny County Council has adopted new bylaws setting out guidelines for horse welfare and the use of horses in the city, coming into effect from May 1.

The new bylaws create a central area of the city from which horses are excluded, except in some special circumstances. An emphasis has also been placed on provisions setting out how horses should be kept, stabled and cared for and the procedure for the seizure of horses where they are not under adequate control.

The bylaws, which have been prepared through consultation with gardaí and stakeholders, were agreed after a vote of 20-1 at the plenary meeting of Kilkenny County Council today (Monday).

Cllr Maria Dollard was the only member of Kilkenny County Council to vote against the bylaws. She said the new bylaws were 'a sledgehammer to crack a nut' and described the implications of them as 'systemic racism'. She explained her vote saying Traveller culture is intrinsically linked to horse ownership, and argued that exclusion of 26 streets in the city to horses was marked by 'intentional or unintentional systemic racism'.

She said the Irish Traveller Movement identify the development of laws that criminalise aspects of Traveller culture like the Control of Horses Act, as one example of ‘intentional or unintentional, systemic racism.’

It was her opinion this will "only impact  Travellers who lawfully own and care for horses,” Cllr Dollard said.

The Green Party councillor said while she was not speaking on behalf of Travellers, and in spite of Travellers not being mentioned in the law, this bylaw was clearly going to have an unjust impact on them.

Chairman of Kilkenny County Council, Cllr Andrew McGuinness, said: “I completely refute your accusation of racism. I never once mentioned the word Traveller, never targeted a specific community, that’s what you are doing now."

Cllr McGuinness said the bylaws are about animal welfare and there was a process in place to take on board everyone’s opinions. He said he was delighted to propose the bylaws.

“This is about cruelty, not about culture. This is about animal welfare and responsible animal ownership for everybody.”

Cllr Martin Brett said the bylaws were about everybody looking after their animals.

Cllr Eugene McGuinness welcomed the bylaws and commended the work on the animal welfare issue.

Several other councillors also spoke in support of the bylaws.

Following consultation with the Gardai, a list of 26 streets, laneways and public areas in the city centre have been designated as exclusion zones under the new bylaws, including High Street, Parliament Street and John Street (click here for a map of streets on the Kilkenny County Council’s website).

Exclusions will be made for horses to be used on those 26 streets in seven categories: gardaí in the course of their duty; the collection or disposal of animals; transporting horses through the city in vehicles; horses attending a vet; horses at an event authorised by gardaí and the county council; licensed jaunting car operators; and horse drawn funeral carriages.

The meeting was told gardaí are “completely on board” with the new bylaws.

An Garda Siochána, as far back as April 2019, have sought the introduction of horse free zones within the core of the city, for traffic and public safety reasons.

A number of councillors proposed the bylaws be reviewed in 12 months.

Cllr Andrew McGuinness said “Kilkenny is raising the bar in terms of animal welfare, and I am proud of that.”

When a vote was called the bylaws were passed by 20 votes to one.

The Revised Control of Horses By-Laws will come into effect on May 1, 2021.

WELFARE
The council says it now intends on engaging in an awareness creating initiative in the coming weeks to make horse owners in Kilkenny City aware of the introduction of the new bylaws and the horse exclusion zones.