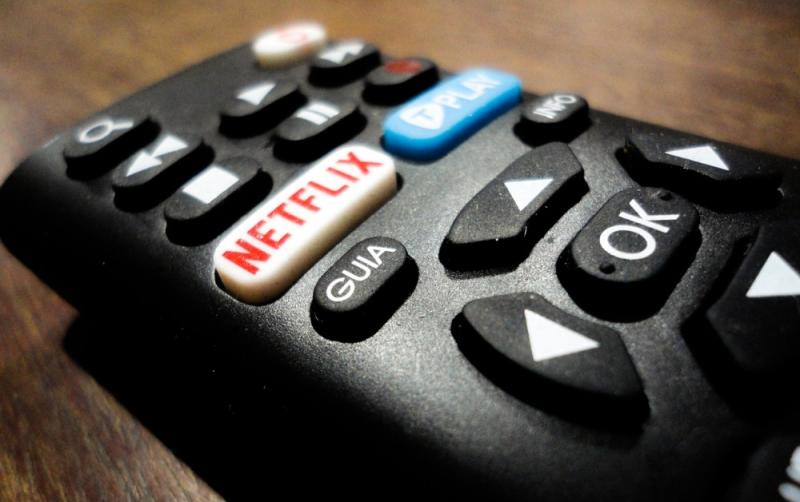 Another weekend in lockdown, another new batch of arrivals on Netflix to keep us entertained.

Here's what's new on the streaming platform this weekend:

An examination that goes beyond the celebrity-driven headlines and dives into the methods used by Rick Singer, the man at the center of the shocking 2019 college admissions scandal, to persuade his wealthy clients to cheat an educational system already designed to benefit the privileged.

Using an innovative combination of interviews and narrative recreations of the FBI’s wiretapped conversations between Singer and his clients, Operation Varsity Blues offers a rare glimpse into the enigmatic figure behind a scheme that exposed the lengths wealthy families would go to for admission into elite colleges, and angered a nation already grappling with the effects of widespread inequality.

In the most dramatic season to date, fans will once again be taken behind the scenes, to witness first-hand how the drivers and teams battle it out for victory in a year like no other. Fans will be given unprecedented behind the scenes access to the 2020 season which saw the sport dramatically halted in Australia due to the COVID-19 pandemic and make a thrilling restart in Austria later that year. Intense battles, fierce rivalries, unexpected podiums and Lewis Hamilton’s incredible seventh world title will ensure the series is one of the most action packed yet.

Once upon a thyme, deep in The Land of Frozen Food, lived two best friends named Waffles and Mochi with one shared dream: to become chefs! The only problem? Everything they cooked was made of ice. When these two taste-buddies are suddenly hired as the freshest employees of a whimsical supermarket, they’re ready for the culinary adventure of a lifetime. With the help of friendly new faces like Mrs. Obama, the supermarket owner, and a magical flying shopping cart as their guide, Waffles and Mochi blast off on global ingredient missions, traveling to kitchens, restaurants, farms and homes all over the world, cooking up recipes with everyday ingredients alongside renowned chefs, home cooks, kids and celebrities.

Whether they’re picking potatoes in the Andes of Peru, sampling spices in Italy, or making Miso in Japan, these curious explorers uncover the wonder of food and discover every meal is a chance to make new friends. Waffles + Mochi is an exciting invitation to get kids and grown-ups cooking together in the kitchen and connecting to cultures around the globe.

The real-life pirates of the Caribbean violently plunder the world's riches and form a surprisingly egalitarian republic in this documentary series.

From the creators of Money Heist comes this new action-packed series complete with dark humor and adrenaline-filled moments. Coral, Wendy and Gina go on the run in search of freedom while being chased by Moisés and Christian, henchmen of Romeo, pimp and owner of Club Las Novias. Together, the women embark on a frenetic race during which they will have to face many dangers. Their only plan: to stay alive for five more minutes.

Under Suspicion: Uncovering the Wesphael Case

This true-crime series follows the high-profile court case of Belgian politician Bernard Wesphael, who was accused of murdering his wife in 2013.

Jean-Pascal Zadi looks at racial discrimination and his identity as a French Black man through a satirical lens in this mockumentary featuring Fary.

The love of his life hates kids. So when his 9-year-old daughter suggests she pretend to be his sister... what could go wrong?

Tennesse-born comedian, actor, and podcast host Nate Bargatze is back with his second hour-long Netflix original comedy special, Nate Bargatze: The Greatest Average American.  Nate reflects on being part of the Oregon Trail generation, meeting his wife while working at Applebee's and the hilariously relatable moments of being a father and husband.

The comics of RebellComedy take the stage and tackle topics including mistaken identities, being the "funny" kid and anatomically interesting starfish.

Talented teen figure skater Kayla is forced to leave everything behind when her family follows her twin brother, Mac, to a prestigious hockey academy.

Alien reporters Ixbee, Pixbee and Squee return to Earth, where they learn about more odd human customs and inventions like trains and fashion.

An aspiring young country singer finds the band she's been missing when she takes a job as a nanny for a musically talented family.

B: The Beginning Succession

When Keith is abducted and a friend from Koku’s past resurfaces, Killer B returns and everyone is pulled into a conspiracy involving the crown.