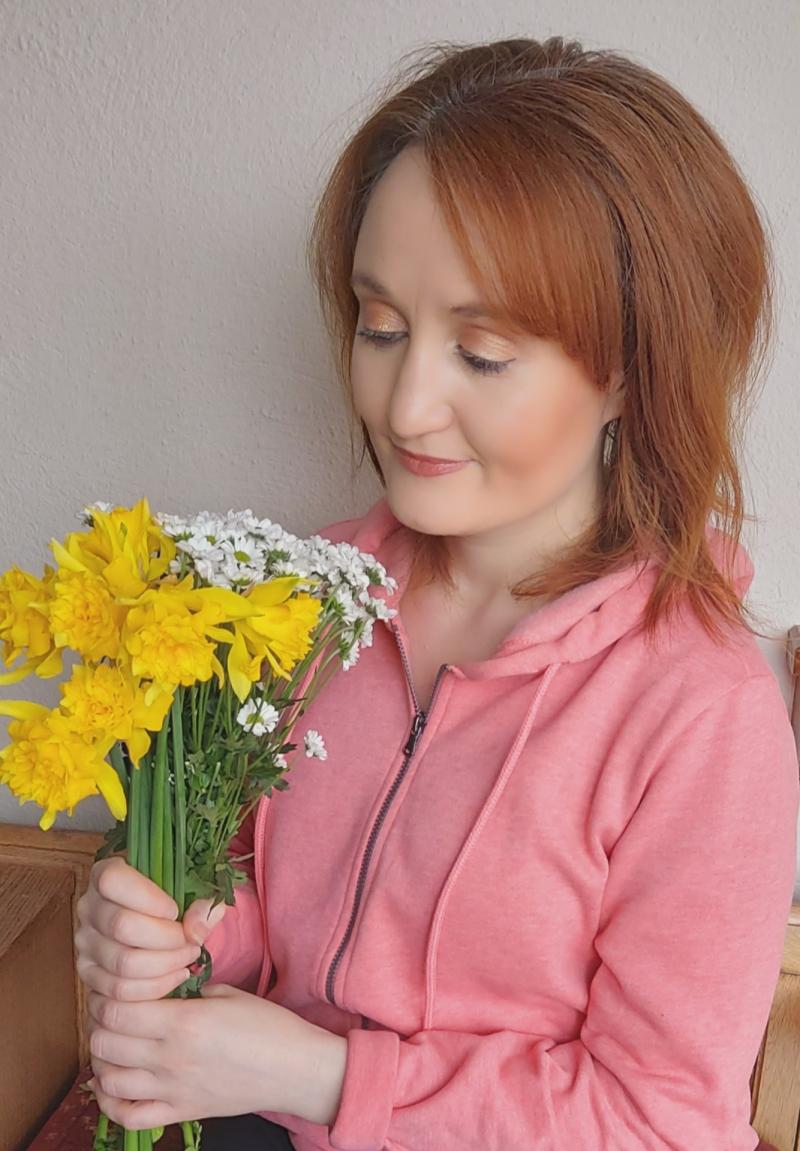 Singer, Emer Dunne will mark the release the first single, Daisy, on from her new album, Hourglass by donating all the profits from her single to the Irish Cancer Society.
The big release happens on Friday and will coincide with Daffodil Day.
“ I didn’t set out to record a song for charity,” said Emer. “I was just working on this album with my producer, Bill Shanley, and the way things went this past year the release was delayed. The date was set for March 26 and when a friend mentioned to me this was also Daffodil Day, I decided that during these difficult times perhaps I can give something back.
“ On a personal note, I have three aunts and an uncle who all suffered from cancer and my mother is currently battling this illness,” she added. “ I have watched her bravery over the past few months and observed first-hand the fantastic work and support given by The Irish Cancer Society.
Emer grew up in Laois but regularly frequents the county singing at weddings and other events. She has performed many times in Kilkenny City and in the many surrounding villages.
“For us, Kilkenny was always a favourite spot to travel to for work or leisure,” she said. “The city is full of music and magic and I’ve always found it to have a very friendly atmosphere. My last wedding was in Hotel Kilkenny in December 2020, although be it a different wedding it was simply beautiful.”
Emer recently on appeared on the hit daytime Today Show with Daithi and Sinead on RTE One Television via Skype where she gave an interview and beautiful vocal performance and she has received fantastic feedback.
“The presenters and production team on the show were very complimentary and the support from people has been incredible,” she said. “ There was a wonderful response via phone, texts and on my social media. I’m now hoping that people will get behind me in the same way as I launch my new single and endeavour to raise money at the same time for a very worthy cause.”
The last few weeks have been busy for Emer and despite the pandemic she continues to look for new ways to reach her audience. Emer is hosting a free short virtual performance this evening (Wednesday) at 8.30pm via Zoom.
“This is my only way to connect in with people at present so I would like to just come on sing a few songs and connect in with people who have been so supportive. To attend this free event just send an email with ‘In’ to emerdunnesinger@gmail.com and you will receive a zoom link close to the time.”
Emer has also been busy making a music video for the single.
“We weren’t able to complete our originally planned video with actors and locations so we had to script something basic that could be filmed at a safe distance with just one camera and in a short space of time,” she said. “I hope people will enjoy it.”
Daisy is a positive uplifting song where the singer is reminding ‘Daisy’ that all people don’t view the world in the same way and, as the lyrics state, ‘people don’t think like you do and some don’t think at all’.
The song was produced by Bill Shanley and recorded between Dublin and London with an array of talented musicians. Artwork for the single and album by Brian O Mahoney. The track went on presale on March 12 and is available to purchase now.
Daisy costs €1.29 on iTunes and other digital platforms.
Purchasing the song will help the Irish Cancer Society and something that you can do from the comfort of your own home.
For information on the song and where else to purchase visit www.emerdunne.com.
You can also Follow Emer on social media platforms on @emerdunnesinger on Facebook, Instagram and Twitter