High hopes for an Oscar win for Cartoon Saloon’s Wolfwalkers 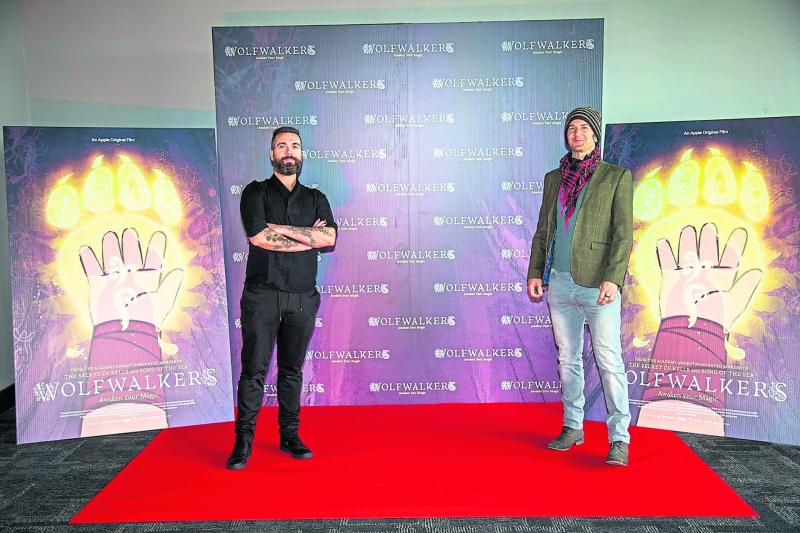 With the Oscars taking place later this month some of the team at Cartoon Saloon are hoping that they might be able to travel to an Academy Award hub in London to take part in the ceremony.
The main ceremony will take place at the Dolby Theatre on April 28 in Los Angeles.
It is the fifth time the Kilkenny-based animation studio has been nominated for an Academy Award and the third time for Tomm Moore, who co-directs their most recently Oscar-nominated film, Wolfwalkers, with Ross Stewart.
The film, which is set in medieval Kilkenny, is a powerful story steeped in folklore with the themes of nature, friendship and freedom running through the stunningly beautiful visual artwork. Wolfwalkers has already won numerous awards and critics have lavished praise on the latest offering from Cartoon Saloon.
Directors Tomm Moore and Ross Stewart are cautious about whether or not they will be able to travel to London because of Covid-19 but they have ruled out travelling to the live ceremony in Hollywood due to current travel restrictions.
“We can’t go to the ceremony in LA and the organisers said that there was going to be no virtual element like using Zoom - it was with be at the physical awards or nothing. Everyone was very frustrated.
“Now they have announced that there will be a hub in London. They are way ahead in the vaccine rollout over there so it is very safe. We are the only Irish-nominated studio and we will be flying the Irish flag if we get to go,” said director, Ross Stewart.
Co-director, Tomm Moore said that the decision is still ‘up in the air’.
“We don’t want to be that person who is the last one shot in the war and gets Covid,” he said.
Moore has previously been nominated for an Oscar for two other Cartoon Saloon films - Secret of Kells and Song of the Sea and thinks this is their best chance to date of winning an Oscar.
Soul, produced by Pixar Studios and released by Walt Disney Pictures is also nominated for an Oscar and is a strong contender according to critics.
Speculating on who might win this time around Moore says that it ‘is not set in stone’ and that ‘Apple is gunning for a win’. Wolfwalkers is backed by Apple who are ‘putting in a big effort’ in.
“We have never been part of a campaign for a win before,” added Moore.
Wolfwalkers is also nominated for a British Academy Film Award, which is a first for the studio. The ceremony will be broadcast by the BBC on April 10 and 11 and nominees will attend virtually.
“We have never been nominated for a BAFTA before, it is great recognition,” said Tomm Moore.
“To win a BAFTA would be just as much an honour as getting an Oscar,” added Ross Stewart.