Dr Martin Tobin is a pulmonologist originally from Woodsgift/Tullaroan 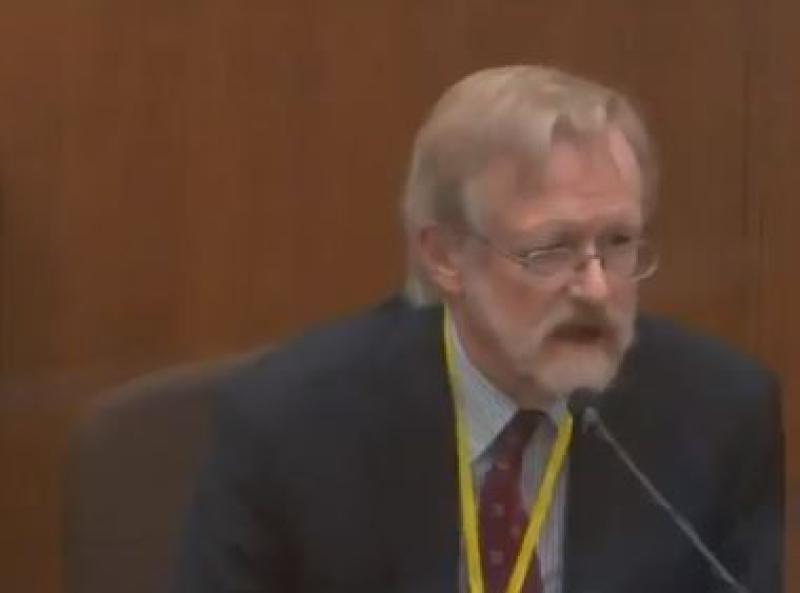 A Kilkenny man was a key expert witness today at the high-profile Derek Chauvin murder trial in the USA.

Readers who are following the trial were quick to notice that the first witness called by prosecutors today was a Dr Martin Tobin.

The prosecution has called expert witness, Dr. Martin Tobin, a prominent pulmonologist who wrote a textbook considered “the Bible on mechanical ventilation.” All this just to prove to the jury that Derek Chauvin killed George Floyd. pic.twitter.com/F4w6mb8feD

Dr Tobin is a native of Woodsgift/Tullaroan, and the brother of the late Fr Eamonn Tobin (Orlando). He is a graduate of UCD, and treats patients in a Chicago hospital’s intensive care unit.

Irishman Dr Martin Tobin is testifying at the #DerekChauvinTrial. He studied at University College Dublin & is a pulmonology expert. He said #GeorgeFloyd died from a low level of oxygen which caused damage to his brain & caused his heart to stop. @rtenews pic.twitter.com/m4P9aSfleD

Mr Chauvin is on trial for the killing of George Floyd, who died during the arrest in May 2020. He has pleaded not guilty to murder and manslaughter charges.

Dr Tobin testified that Mr Floyd's breathing was too shallow to take in enough oxygen while he was pinned facedown with his hands cuffed behind his back . The highly-regarded scholar is the author what is considered 'the Bible of mechanical ventilation', according to medical journal Lancet.

Dr. Martin Tobin testifying in the Chauvin trial is making me feel like I haven’t done anything in my life. How can one man be this accomplished?!?