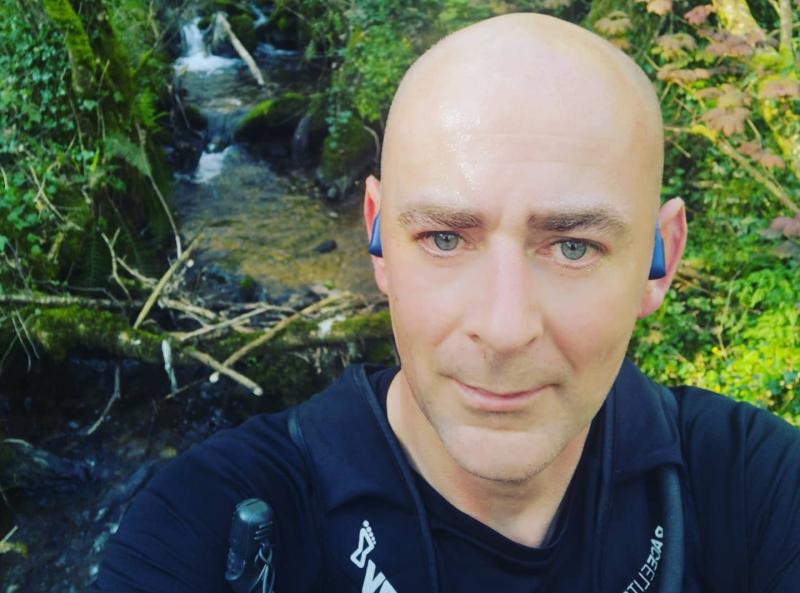 A big-hearted Kilkennyman is planning on setting the fastest known time for running the 120-kilometre-long Barrow Way to raise to help children with autism.
Dara O’Brien is doing the challenge to raise funds for the As.I.Am movement and Saplings School in Goresbridge, both of whom are doing huge work in raising awareness of and helping children with autism.
Inspired by some very special younger family members who live with autism Dara has decided to undertake a mammoth and hopefully record breaking physical challenge and raise awareness for the need for autism services to be better resourced.
Record Attempt
On Saturday, June 26, Dara will attempt to set an official fastest known time for running the 120km Barrow Way. He will start early in the morning at Robertstown in Kildare and, following the old tow path along the banks of the River Barrow, make his way down through County Carlow, ending in the historic village of St Mullins.
“I am hoping to raise some much needed funding for two organisations doing trojan work in the sadly neglected sphere of autism support services,” he said.
“On a local level, Saplings School in Goresbridge sits on the banks of the Barrow and provides a truly wonderful opportunity and atmosphere of nurturing and care for autistic children in the face of chronic underfunding.”
Dara, who is originally from Kilkenny City and moved to Graignamanagh three years ago explained how accessing services for young people with autism can be difficult.
He hopes that, by doing this fundraiser, he will be able to raise both money and awareness around the condition and the need for more resources.
“In Kilkenny we are fortunate to have Saplings in Goresbridge and the O’Neill Centre in Kilkenny City,” he said. “At the moment people trying to access services on really reliant on the State services.
“In order to access the supports you need a clinical diagnosis and there is often a backlog in getting this due to a lack of resources. Early intervention is really important so this needs to change.
“On a national level, As.I.Am has been making huge strides in raising awareness and understanding of the complex, multi-faceted and sadly misunderstood nature and needs of people on the autism spectrum,” he added.
Late Convert
A late convert to running, Dara only took it up two years ago at the age of 43 and has never looked back.
“I was pretty sedentary before then, but living close to the river made going for a run easy,” he said. “I love the Barrow Way, it amazes me how underused it is. Part of this is about raising awareness about this wonderful amenity as well. If people read about this and then go out and run and walk a section of it that would be great.
“The idea came about because I wanted to explore The Barrow Way further. I had been up to Bagenalstown and wanted to explore further. Then during the pandemic all the races stopped. There is a new phenomenon called Faster Known Time where you can register a route and I decided that the Barrow Way would be perfect for this.”
To donate visit www.gofundme.com/f/running-the-barrow-way-for-autism