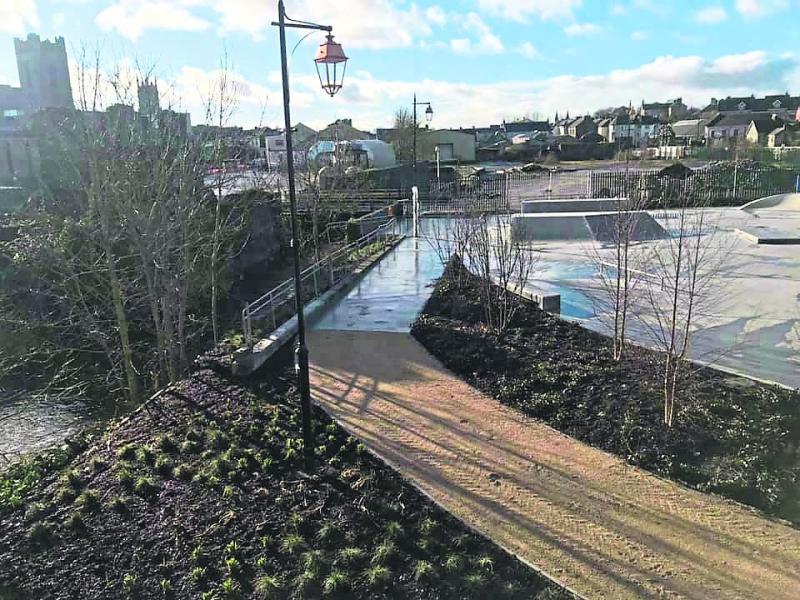 Kilkenny’s new skatepark is due to open by the May Bank Holiday weekend and people are being asked to stay away and allow works to be completed.
Planting and resurfacing works are ongoing since Level 5 restrictions eased on Monday and it is now hoped that the amenity will be open by the May Bank Holiday weekend along with the Riverside Park.
Mayor of Kilkenny, John Coonan remarked at last Friday’s meeting of Kilkenny City Municipal District that trespassing was ongoing at the site.
“I am pleading to the public to stop trespassing at the site and to wait until it is opened. At the moment there are still people breaching the security fence to gain entry,” he said adding that it is hoped to have the skatepark open by May 6.
Director of services at Kilkenny County Council Tim Butler said it is hoped that the facility will be open to the public by the May Bank Holiday Weekend along with parts of the Riverside Park.
“At the moment it is a construction site and we are asking people to stay away,” he said.
Cathaoirleach of Kilkenny County Council, Andrew McGuinness welcomed the opening which he said has been ‘a long time coming’.
“Generations of young skaters in Kilkenny have been crying out for such a facility to be provided. The provision of a skate park was one of the first things I campaigned for when I first started in local politics and that's almost 20 years ago. So this is a long time coming and finally it’s here.”