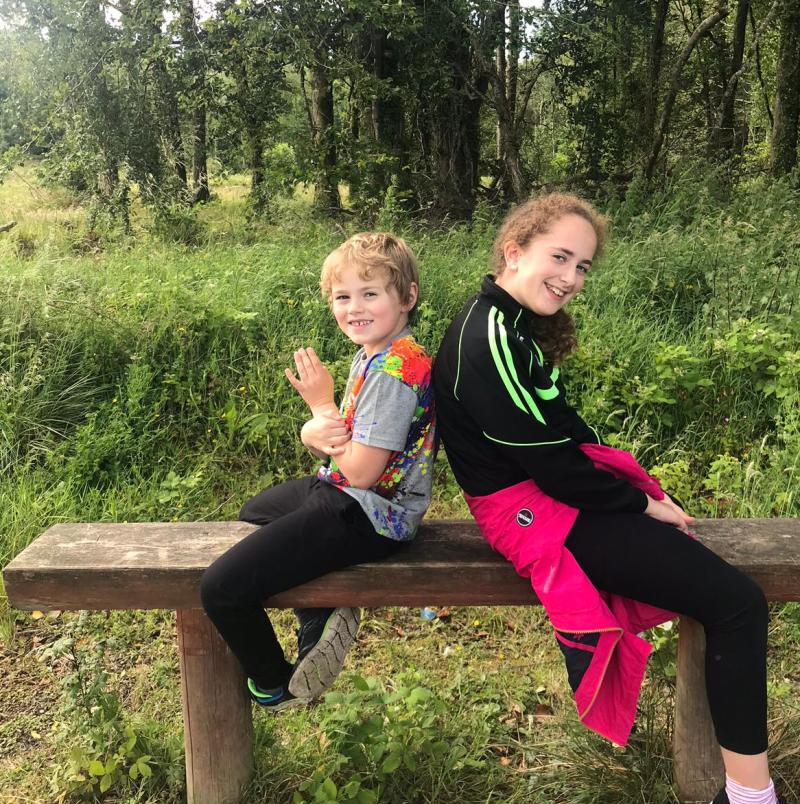 Seven year-old Billy Carroll is walking a marathon in April to raise funds for Focus Ireland. He is pictured here with his walking companion, his sister Megan (11)

A kind-hearted little boy was so touched by the plight of homeless people that he is walking a marathon to raise funds for Focus Ireland.

Seven-year-old Billy Carroll is walking a few kilometres every day with his mum Lindsay, and sister Megan (11) and has already raised almost three times his initial fundraising target!

Just before Christmas Billy, Megan and their mother Lindsay were in the car and an advert came on the radio for Focus Ireland. A discussion followed about the housing crisis in this country. Billy could not believe that there were families living in hotel rooms or hostels, with no privacy, very little space, hardly any toys, nowhere to cook healthy meals or their own garden to play in. Ever since then the people without a home get a mention in his prayers and he told his mother that when he is older he wants to be a builder so that he can help people to get homes.

Lindsay saw The Next Step fundraiser and Billy said he wanted to do it, even when his mother explained he had to walk every day, even if it’s cold or it rains.
“He hasn’t complained once,” Lindsay said. Although the whole family is looking forward to the 5km limit being eased so they can vary their walking routes a bit from the roads around their home in Garnaman, between Kells and Danesfort.

Most days he walks about 2km, sometimes changing it up by running short intervals. His aim is a marathon distance of 42.2km, or maybe a little bit more, by the end of April.
Billy’s first fundraising target was €250, but he has hit almost €800 by the start of this week, thanks to the generosity of his supporters, including his school friends from St Leonard’s in Dunnamaggin.
He hopes that sharing his story will not only help with his fundraising but will encourage others to take part.

To donate to Billy’s marathon effort click here to go to his Focus Ireland fundraising page.

Lindsay, and Billy’s dad John, are very proud of the seven year-old and want to say ‘well done’.
Focus Ireland’s The Next Step challenge is a virtual marathon during April to raise vital funds to support families and children experiencing homelessness amidst a global pandemic.