Aut Even: Author and historian Gabriel Murray looks at the history of Ireland’s oldest private hospital 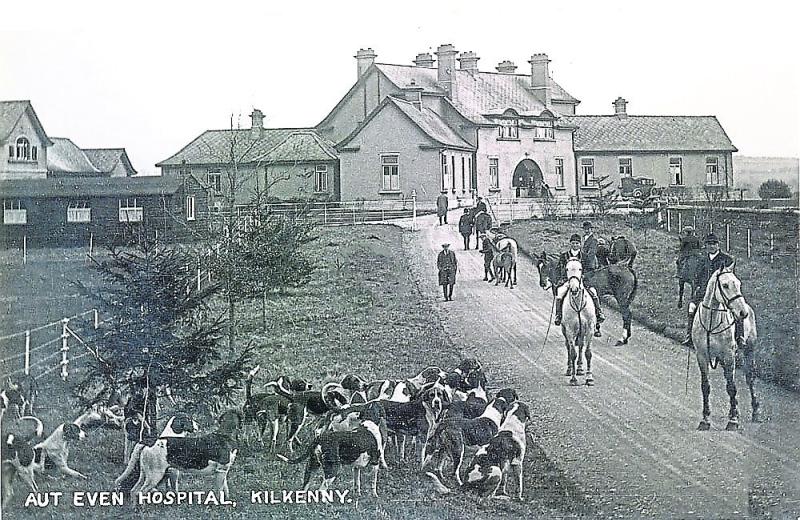 Gabriel Murray’s new book looks back at the history of Aut Even, which was founded by Lady Desart in 1915

The history of Ireland’s oldest private hospital, Aut Even, is the subject of the latest work from Kilkenny historian Gabriel Murray.

In the course of researching his recent book on the Countess of Desart, Murray unearthed new material on the foundation of the hospital, and the birth of healthcare in Kilkenny.

The foundation of Aut Even involved the noble efforts of the Countess of Desart, the Lady Aberdeen, Lady Beatrice Butler, Lady Constance Butler and the Marchioness of Ormonde. 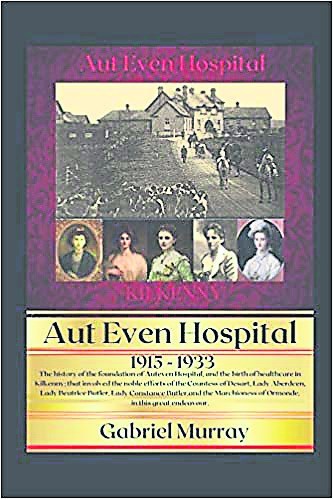 The book explores the period from 1894 to 1926 when the aristocracy and clergy had an enormous influence on the various institutions involved in social welfare, healthcare and education in Kilkenny.

Lost to History
The origins and the birth of healthcare in Kilkenny had been lost to history, especially relating to the period from 1894 to 1933. Members of the Protestant aristocratic class and the Catholic clergy were most prominent in these areas. The Marchioness of Ormonde’s two daughters, Beatrice and Constance, were also involved in this great work, no doubt influenced by their mother.

Both sisters and their parents have been overlooked by historians in the context of their charitable acts. So too was the Countess of Desart, in this part of Aut Even’s prehistory and the history of social reform in Kilkenny in many areas. Their great and noble deeds vanished into history.

What has emerged are more heroes of a lost era. The Sisters of John of God and many of the great families of Kilkenny also deserve this accord.

The Countess of Desart attached herself to various organisations involved in education, social work and medicine after her arrival in Kilkenny in 1881. Through her benevolence, she was president, patron and founder of over 30 social projects and associations. 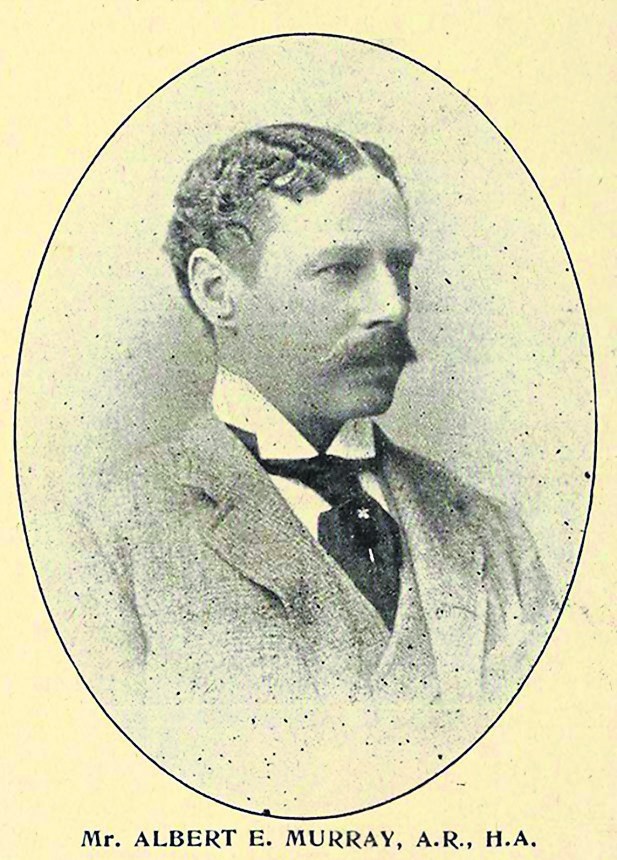 A rare photograph of Albert Edward Murray (1849–1924), the architect of Aut Even Hospital

One of the people who had a major influence on her interest in medical care was Elizabeth Harriet, the Marchioness of Ormonde.

This momentum began at the turn of the 19th Century and led to the birth of one of Kilkenny’s great hospitals – Aut Even (a transcription of the Irish áit aoibhinn, meaning beautiful place) that was founded by the Countess of Desart in 1915, with nurses supplied by the Marchioness of Ormonde.

The Kilkenny District Nurses Association, was one of the first major organisations in Kilkenny relating to the organisation and supply of medical staff. The Marchioness of Ormonde was President while the Countess of Desart was vice-president. The association had an affiliation with Queen Victoria’s Jubilee Institution for Nurses that was set up and named after Queen Victoria, during her Golden Jubilee year of 1887, with the support of Florence Nightingale.

Funding
The institute provided funding to train and support district nurses. The name changed to the Queen’s Institute for District Nursing in 1925 when Queen Mary became a patron. It is now known as the Queen’s Nursing Institute.

The Marchioness of Ormonde’s daughter, Lady Constance Mary Butler (1879–1949), was a noblewoman, yachtswoman and antiquarian. However, when one examines her relationship with the Countess of Desart and her charities, it is clear that she made a considerable contribution to the welfare of the families of Kilkenny from 1902 to 1923. As the age of 23, she met the Countess of Desart at one of the various social functions at Kilkenny Castle. 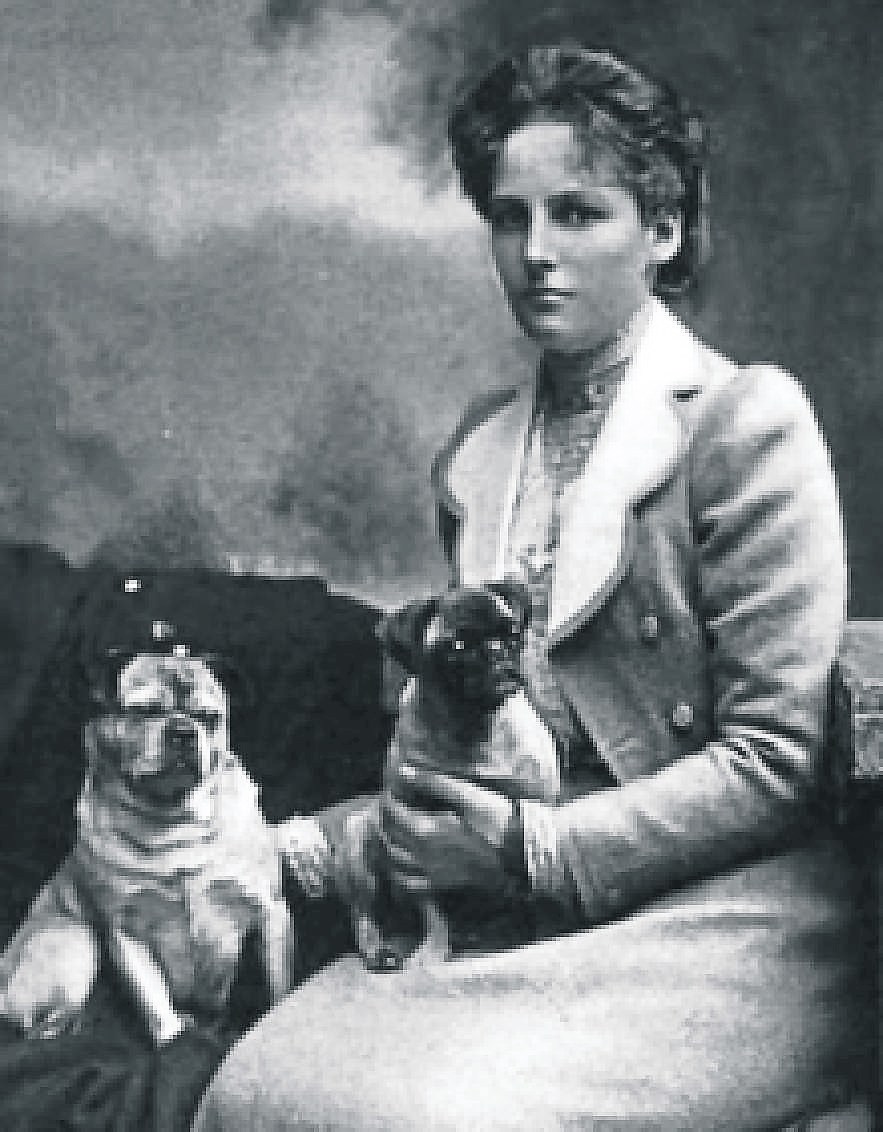 It was a few years after the death of the Countess’ husband William when the Countess searched for another purpose in her life. The 3rd Marquess of Ormonde (James Butler, 1844–1919), also supported a number of these charities and attended meetings in the Courthouse and Town Hall, especially relating to the NSPCC.

Patron
Lady Constance Butler was a patron of the Kilkenny Catholic Young Men’s Society (c.1912–1918), the Ladies Association of Charity and Kilkenny Library. She was also the treasurer of the Women’s National Health Association (c.1908–1913) and the chairwoman of the Executive Committee. Furthermore, she was the director of medical supplies in Europe for the British Red Cross Society (1914–1918).

Her sister, Beatrice Butler, was a patron and president (c.1899–1901) of the Kilkenny branch of The Soldiers and Sailors Family Association. She supported her sisters on many of the various committees in Kilkenny. This was no doubt influenced by their mother’s earlier commitment to the service to the community.

The book examines in detail also the involvement of Lady Aberdeen, Lady Desart and Otoway Cuffe in the eradication of tuberculosis in Kilkenny. They too were challenged by a pandemic.

Aut Even: History of a Hospital, 1915-1933 by Gabriel Murray, MA History, is available now on Amazon.co.uk. It will also be available at local books shops The Book Centre, Khan’s Books and Bargain Books Kilkenny, when they reopen later this year.