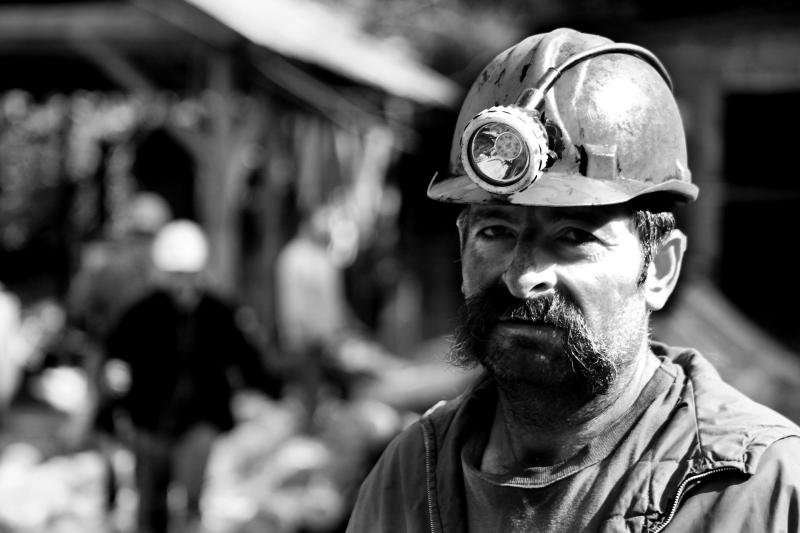 The fate of the Ballingarry coalmine and the employment of its workforce hung in the balance Picture: Tuna Ölger/Pixabay

Lookback: Here's what made the front page of the Kilkenny People 50 years ago this week - April 23, 1971

The fate of Ballingarry coal mines hangs in the balance. Almost 250 miners, many with young families, must now wait and hope that their only source of employment does not disappear.
Not only are the miners unemployed - they are up to their necks in debt, as many of their pay cheques have not been honoured by the Banks.
Local traders who accepted the cheques in good faith are now almost £80,000 in the red and many are threatened with closure.
In the Commons-Ballingarry area alone 10 traders were caught for £30,000. The other £50,000 is divided between traders in New Bermingham, Killenaule, Littleton, Urlingford, Ballysloe, Fethard and Castlecomer. The amounts owed vary from £1,000 to £7,300. The average miner is at least £500 in debt.
The miners are up in arms. They want the mines kept open. The traders, also, are angry. They want their money back. Meanwhile business in the Commons and Ballingarry, the two worst hit areas, is almost as a standstill.
If the mine closes there is no alternative employment. If the mines go so will the people. There could be massive emigration from the area. The classrooms could be bare and the traders, if they survived long enough, would have no customers.
Although there is still great uncertainty about the future of the mines many of the miners seem to have taken it for granted that Ballingarry's only industry is doomed. Many have already made plans to emigrate.
"We just cannot afford to hang around waiting to see what happens," said one miner. "We must have money to feed our families. We just cannot live on fresh air."
On Tuesday the miners gathered outside the colliery gates for an impromptu union meeting. The mine owner Mr Thomas O'Brien arrived on the scene in a blue Mercerdes Benz.
Mr O'Brien stopped the car and immediately the men gathered around his car. Sitting on the bonnet he answered the queries of the distressed and, at times, angry miners.
He told the men they would get a week's wages and after that they would get some redundancy money. Some of the men argued that they could not get redundancy money and even if they did they couldn't wait for it to come through.
The miners were anxious to know the future of the colliery. But Mr O'Brien could tell them nothing, except that efforts were being made to keep the mine going.
Afterwards he told a People reporter: "As things stand there is no chance of going back to work. We will just have to remain closed until finance is available."
IT STARTED WITH THE LATE LATE SHOW
Kilkenny's weekly late late show is causing the residents of a street considerable concern and they claim their sleep is being seriously interfered with.
In a letter to the Corporation, 24 residents of William Street request that steps be taken "to relieve us of the weekly annoyance caused by the Saturday midnight film shows in the Regent cinema."
The letter goes on: "Since these midnight shows commenced, the residents' peace and sleep have been shattered and the annoyance has become intolerable.
"Sleep is not possible from 11.30 when people commence arriving for the show. There is the continual noise of the film from the windows of the projection room all through the show, and latecomers and rowdies arriving until after 1am.
"The residents and particularly the children are awakened again at 2am with the din of cars and motorcycles revving before departing. Indeed some residents are unable to get to sleep for the remainder of the night. Added to this, there is no parking observed and the obstruction caused constitutes a grave fire hazard in the area.
"We feel that the licence granted by the Corporation to the cinema never intended that weekly midnight shows, lasting beyond 2am, be allowed, nor did it envisage the hardships and annoyance to the residents. We ask the members of the Corporation to use their powers to end this state of affairs."
DEATH OF MARQUESS
The death occurred at his home at Cantley, Berkshire on Saturday, after a brief illness, of Lord Ormonde, 6th Maquess and 24th Earl, at the age of 67.
After leaving Harrow he pursued a military career and served in the First and Second World Wars. He gained the Military Cross in the 1914-18 war.
Lord Ormonde was the 30th Chief Butler and was the senior representative of one of the oldest Irish families. He was a brother of the late Earl of Ossory who lived in Kilkenny until the middle of the 1930s.
The late Marquess maintained a close link with Kilkenny and won the admiration of the city and county when he made the grounds of Kilkenny Castle available for a natonal park at the first Butler rally in 1967. Kilkenny Castle has also been made available to the State. A frequent visitor to Kilkenny, the Marquess was widely respected for his keen interest in Kilkenny.
A memorial service will be held in St Canice's Cathedral on May 5. Remains will be interred in Kilkenny Castle grounds cemetery.
The title will be inherited by the Honourable Charles Butler, Illinois, USA, a cousin of the late Marquess.