Mayor of Kilkenny: Let’s face up to vandalism problem 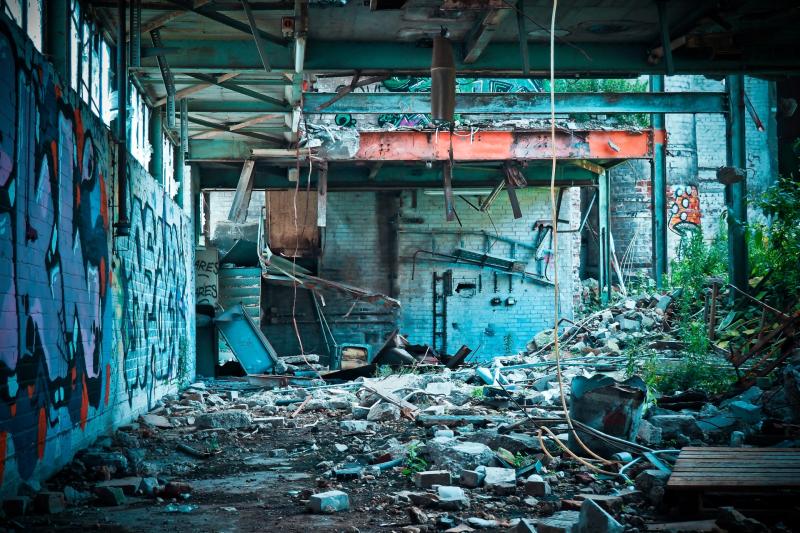 The Mayor of Kilkenny called on the people of the city to stamp out the problem of vandalism Picture: Pixabay

As acts of vandalism continue in Kilkenny, Mayor Margaret Tynan has appealed to the people of the city to help stamp out the problem.
“It is time we faced up to the fact that a considerable amount of vandalism exists,” she said, “and it is time we did something about it. We can’t close our eyes to the problem.”
Miss Tynan wondered if the people of the city fully realised that every act of wanton destruction meant higher rates due to malicious injury claims.
“Whether people realise it or not, vandalism is really hitting them where it hurts - in their pockets.
“By being civic minded and trying to stop vandals at work they would really be guarding their own interests. I wonder how many people realise that.”
Miss Tynan appealed to the public to report to the Gardai any acts of vandalism they saw and, if necessary, go to court and give evidence so the wrongdoers would be punished.
However, she had one reservation in making the appeal. “Personally,” she said, “I feel the courts are too lenient in dealing with cases of vandalism and hooliganism.
“The sentences or fines are not great enough to make people afraid of committing acts of vandalism.
“Recently I noticed that in England a scheme has been introduced which forces convicted vandals to work a certain amount of hours each day for the offended party until the courts feel they have paid their debt to the full.
“I would like to see something like that being introduced here in Ireland. I think it is a very practicable way of making vandals repay society and it is much better and more effective than a fine.
“After a couple of hard working stints these people might be slow about doing damage in the future.”
One point she wished to emphasise was that the present trend was not just a Kilkenny problem. It was happening in every town and city in Ireland.
“However,” she stressed, “just because something exists elsewhere is no reason it should be tolerated here. It is up to us, the ordinary people of Kilkenny, to ensure that it is not.
“Discipline must be enforced and psychologists now agree that this is necessary. Problem young people are produced by lack of discipline as children and from these develop problem adults.
“While I don’t advocate physical punishment for anyone, a clip in the ear would not go astray with some people.”
Footnote: Miss Tynan’s company, the Kilkenny Motor Company, has not escaped in the present wave of vandalism. The hoses on petrol pumps have been slashed on several occasions.
STUDENTS SUSPENDED
Five Leaving Certificate students from the Convent of Mercy Callan were suspended this week for leaving the convent grounds and going to a carnival dance in Piltown.
It was reported that the girls left the convent through a window at the back of their boarding school and did not return until almost 3am when they entered through the same window.
However, their escapade was discovered by one of the nuns, and the three girls were suspended indefinitely.
“Five students were sent home for leaving the school at night to go dancing,” said Rev Sister Marie Theresa, a member of the school community.
“This action was taken in the interests of discipline and in view of the effects this behaviour had on their studies and on those of their companions. The action was taken with the approval of the entire staff.”
WON FASHION CONTEST
A young Kilkenny girl has won first prize of £100 in a premier fashion competition in Dublin.
Miss Kathleen Noonan, daughter of Mrs Mary and the late Thomas Noonan, Woodsgift, took the top prize in the Nairn fabrics fashion competition.
Miss Noonan is a student of the Grafton Academy, Dublin.
COOLBAWN AMBUSH
The 50th anniversary of the death of Sean Hartley and Nicholas Mullins, who were killed by the Crown forces in the Coolbawn Ambush on June 18, 1921, will be commemorated with a special Mass at the memorial in the Abbey Hall grounds, Graignamanagh on Sunday, June 27 at 4pm. The Army will take part.
TEENAGE TYCOONS
Over 40 American teenage business tycoons, called the Junior Achievers, who arrived in Kilkenny on Tuesday for a two-day visit were entertained at a medieval banquet in Kyteler's Inn.
All members of the party have shown outstanding ability in the business and industrial world of the US and are sponsored by major American industries.
The idea is to give young people, who have proved their ability in specific fields and proven their business acumen, a knowledge of how big business works on a small scale.
The group, who selected Kilkenny as their provincial stop over, were led by Thomas Dunne, Mayor of Elizabeth, New Jersey. The group will also visit Dublin and Cork while two of the achievers will appear on the Late Late Show this weekend.