Barriers are up - Kilkenny City centre building may topple 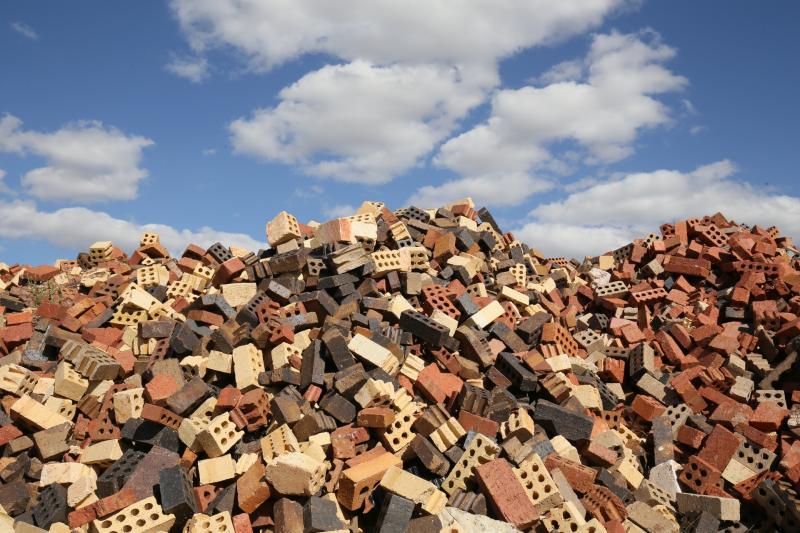 The centre of Kilkenny City is completely closed to traffic Picture: Littlehampton Bricks from Pexels

The centre of Kilkenny City is completely closed to traffic.
* A three-storey building is ominously isolated by protective barriers in the main High Street with the sober warning “this is a dangerous building” in huge lettering.
* Eleven people were evacuated to safety.
* Tall hoardings to protect pedestrians
* Demands for speedy action by the Corporation.
* A growing apprehension that the main traffic artery may still be closed for the Beer Festival.
These are the obvious facts surrounding one of the biggest building dramas in Kilkenny for very many years. But behind the scenes there is intense activity.
The drama began on Thursday of last week when the Imco building in High Street was declared unsafe by Borough Engineer Mr J Frawley.
On Friday, as a statutory demolition order was served on Imco by Corporation officials, the building, which now shows a threatening fissure in a gable wall, was examined by an Imco official.
High Street was closed to all traffic and the evacuation of Imco’s staff and removable equipment began.
Overhead, the accountancy firm of William J Nolan evacuated their staff of seven, their books and equipment.
The Imco property adjoins the former Cash Supply Stores and premises of ML Potter, which have now been demolished.
At the rear, the cleared site links up with the premises of D Smithwick & Co which was gutted by fire last summer and which are now largely demolished.
Until last week, work was being carried out to prepare the very extensive site for a major shopping arcade.
Although further evacuation work has ceased, the demolition workers are still employed on the site shoring the adjoining walls of McEneaney’s the chemists.
Still on the Imco premises is machinery and equipment worth several thousands of pounds which is either heavily bolted or concreted into position. The equipment includes a heavy dry cleaning machine, presses, water boiler, steam gun spotter, steam iron and table, and a very sizeable drier.
The removal of the equipment could be highly dangerous as any vibration could cause the building, or part of it, to collapse.
MORE GARDAI
The Garda Commissioner is to be asked again by Kilkenny Corporation about the provision of extra gardai for general duties in the city.
The matter was raised at Monday’s meeting by Ald M McGuinness who said he noticed the Commissioner was increasing the force in Limerick, his home town. He wondered if the increase was for Limerick only or if it was going to be a general policy.
He added that unless moves were made to increase the force in Kilkenny he would put in a notice of motion that would ‘shake things up’.
JOBS THREAT
Forty-four Co Council workers may be out of work after Christmas because of the cut of £41,739 in the road grant.
If the Council gets a loan of £20,000 to do laneways, already sanctioned but not approved by the bank, the number of men rendered redundant would be 24.
This was stated by Mr JG Coffey, Co Surveyor, at Kilkenny Co Council meeting on Monday. If they did not get the loan and they kept the men working until Christmas, 33 would be laid off for the last three months of the financial year.
The Council appointed Ald K Crotty TD, Ald S Pattison TD, Mr H Devoy, chairman, Mr R Aylward and Mr Coffey on a deputation to urge the Minister to restore the cut in the road grant.