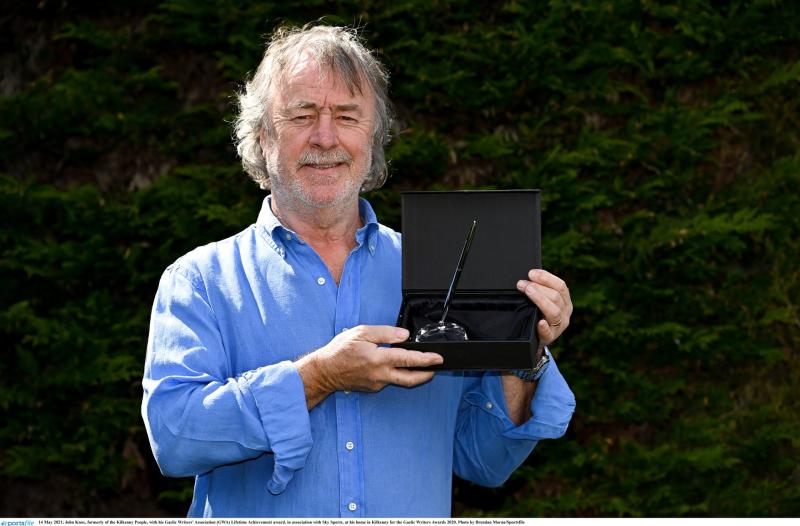 John Knox with his Gaelic Writers' Association (GWA) Lifetime Achievement award, in association with Sky Sports, at his home in Kilkenny for the Gaelic Writers Awards PICTURE: Brendan Moran/Sportsfile

John retired last year after 46 years with this newspaper.

The Dicksboro clubman has been covering big games on the club and county scene, including 26 All-Ireland finals, since joining the Kilkenny People as a junior reporter in 1974. He landed a MacNamee award from the GAA in 2000 and was Kilkenny Yearbook editor for over a decade.

Meanwhile, Limerick's Hurler of the Year, Gearóid Hegarty has been selected as the Gaelic Writers' Association (GWA) 2020 Hurling Personality of the Year, with Tipperary manager David Power winning the football accolade.

The PRO of the Year award went to Tipperary’s Joe Bracken, who left office last year after five years.