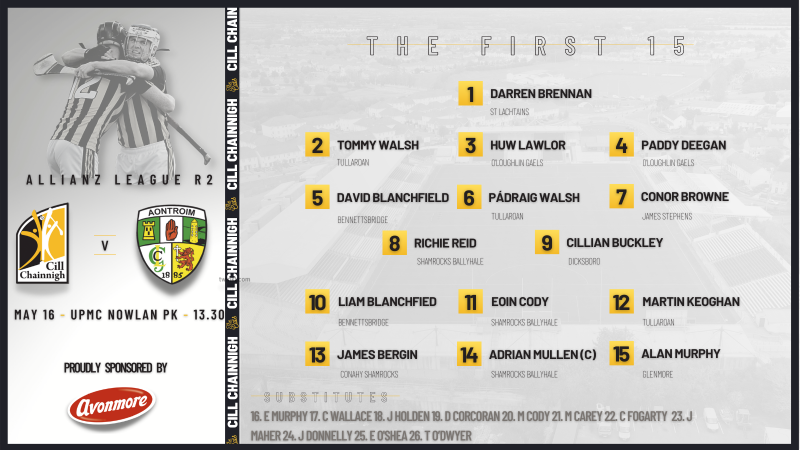 The Kilkenny senior hurling team has been named for Sunday's clash with Antrim at UPMC Nowlan Park.

Change is a big theme as Brian Cody looks to shake things up, with TJ Reid set to sit out this game entirely.

In goal, St Lachtain's man Darren Brennan starts ahead of stalwart Eoin Murphy who has been named on the bench.

Tommy Walsh and David Blanchfield come into the backs ahead of Ciaran Wallace and Darragh Corcoran. Cillian Buckley is joined in midfield by Richie Reid.

The Kilkenny Team to play @AontroimGAA in Round 2 of the @AllianzIreland NHL at @UPMCinIreland Nowlan Park on Sunday has been named. Match live on @GAAGO and @kclr96fm. Score updates here on Twitter from 1.30. pic.twitter.com/Ac2ohgxPIZ

Captain Adrian Mullen shifts into the full forward line alongside James Bergin and Alan Murphy, while goalscorer against Dublin Martin Keoghan is joined by Eoin Cody and Liam Blanchfield.