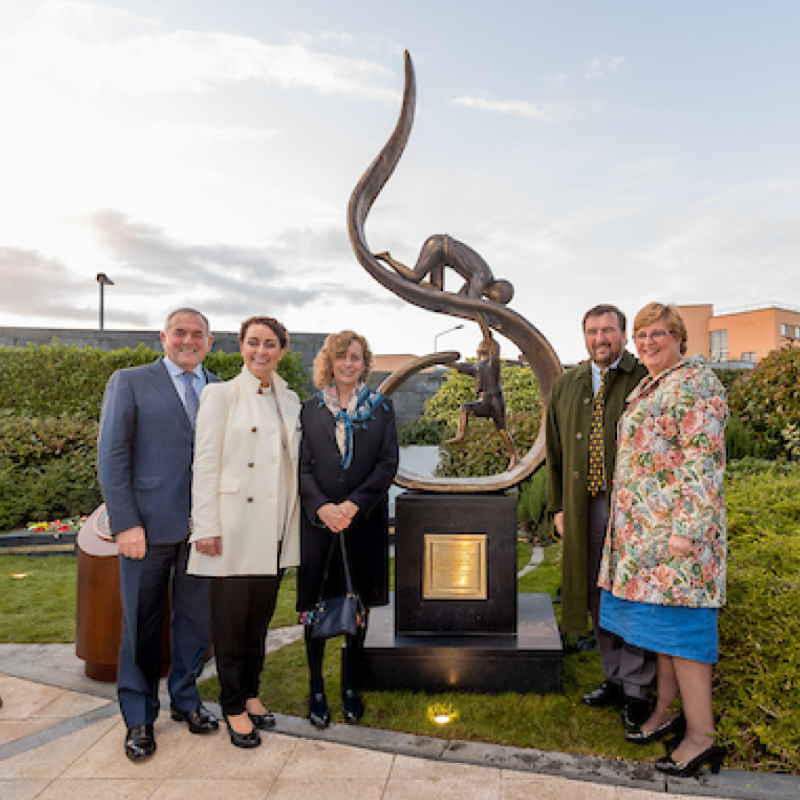 In just over a week, the Kilkenny Famine Experience will compete in the Heritage category of the National Lottery Good Causes Awards.
The National Lottery Good Causes Awards honour the inspiring work and achievements of thousands of projects, clubs and individuals from all over Ireland who with the help of National Lottery Good Causes funding have had an extraordinary impact on their local communities.
The Kilkenny Famine Experience has three fundamental areas of focus. The first is a community reconnection project stemming from the discovery of 976 human famine victims found on site before redevelopment in 2005. The goal is to connect each of them to 976 living people from around the world who then leave their fingerprints etched in brass.
The second is to recount the stories of what happened in the Kilkenny Famine Workhouse and offer an audio visual tour of the building, where the centre is also now located.
The third is to honor the victims and survivors with a 12 foot bronze sculpture located at the site. National Lottery Good Causes funding assisted with the enhancement of the limestone burial crypt where the human remains were re-interred in 2010. The space has become a place for reconnection, reflection and remembrance having welcomed descendants from all over the world.
The Awards have six categories: Sport, Health & Wellbeing, Heritage, Arts & Culture, Community and Youth. A seventh category, Irish Language, will have a special award to be announced on the night at the Awards final, in recognition of outstanding work done in the promotion of the Irish Language.
Each category winner will receive €10,000 while the overall Good Cause of the Year will get an additional €25,000 on top of this. The winners will be announced at a virtual event hosted by Grainne Seoige live from the Mansion House on Saturday May 29.
Following the announcement of the thirty-six finalists back in February, each of the community groups, sports clubs and organisations from all over Ireland, went on to the virtual judging segment of the competition which took place in February
Awards Chairperson, Nuala Carey, spoke of the incredible challenge that the panel faced in deciding on winners for each of the categories: “It’s no easy feat being asked to do a presentation remotely but each of the groups really took the task in their stride and highlighted all of the wonderful work being done,” she said.
Nearly 30 cent in every €1 spent on all National Lottery games goes back to Good Causes in the areas of sport, youth, health, welfare, education, arts, heritage and the Irish Language. In total, more than €6 Billion has been raised for Good Causes since the National Lottery was established 34 years ago.