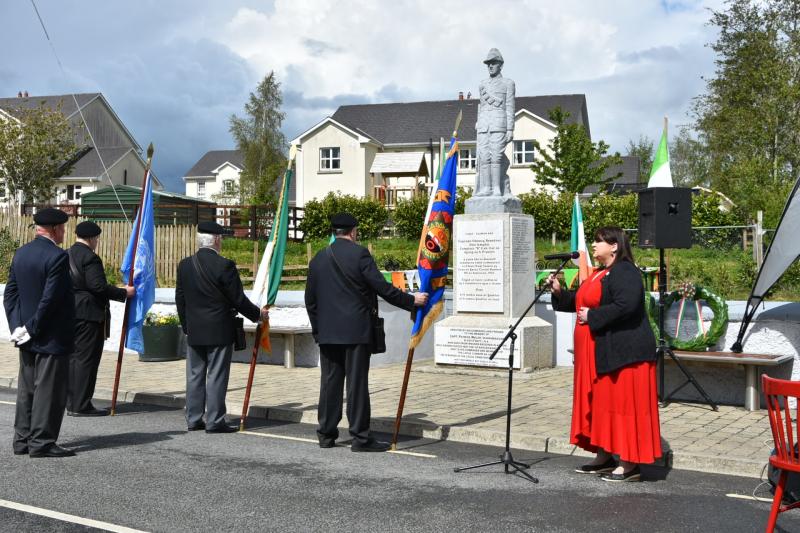 A century of remembrance was recognised as Dunnamaggin paid tribute to the memory of an Irish patriot.
The ceremony marked the 100th anniversary of the death of Pat Walsh, who died following an encounter with British Forces in Tullaroan on May 13, 1921. 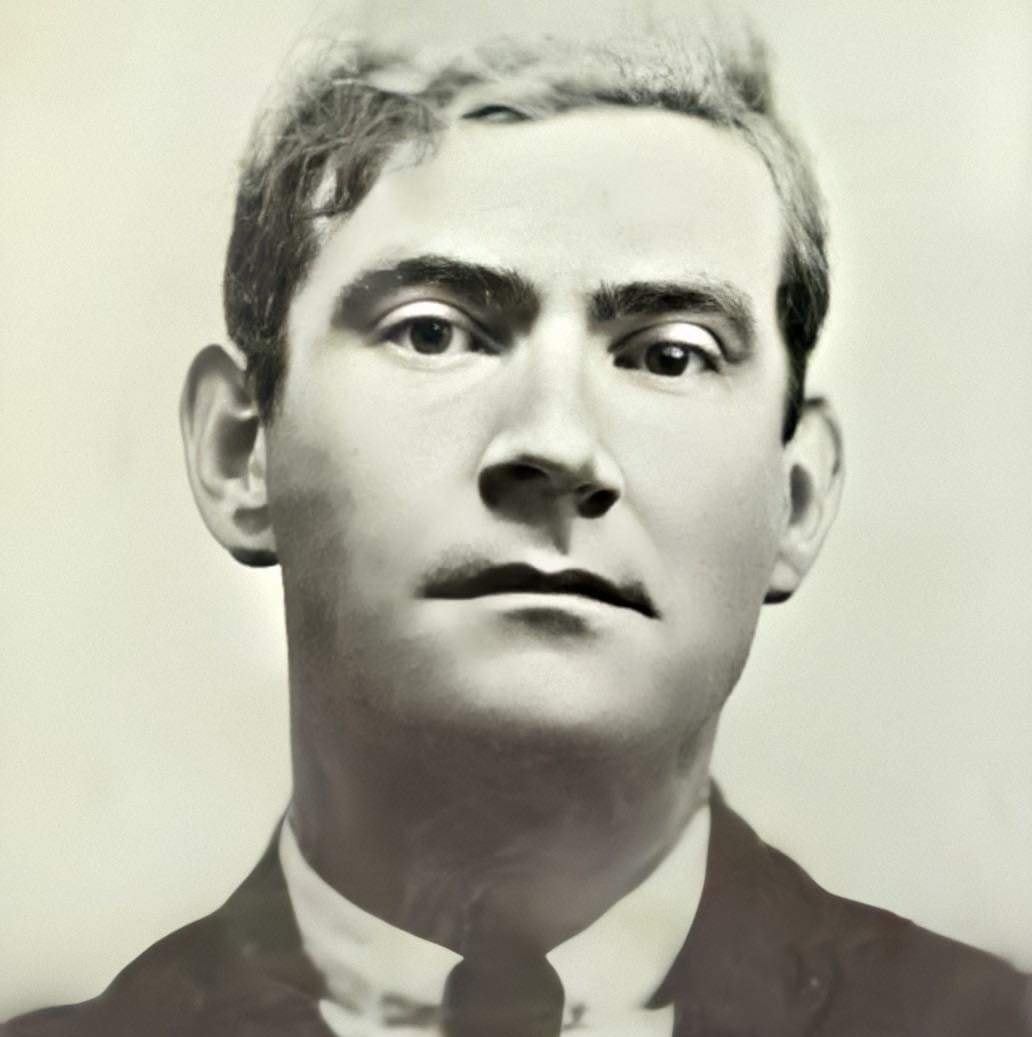 The commemorations started on Thursday last, when a wreath was placed on the grave of Pat’s comrade Seán Quinn in Mullinahone.
The wreath was placed by Tony Nolan, whose father was a teammate and friend of Seán. An address was given by John Connors, with a number of people from Mullinahone attending.
Following this the committee travelled to Knocknagress where Ger Mullally placed the wreath. Following an address by Canice Hickey, a small group walked through the fields to the place of the shooting. There they respectfully remembered events of that day exactly a century earlier. 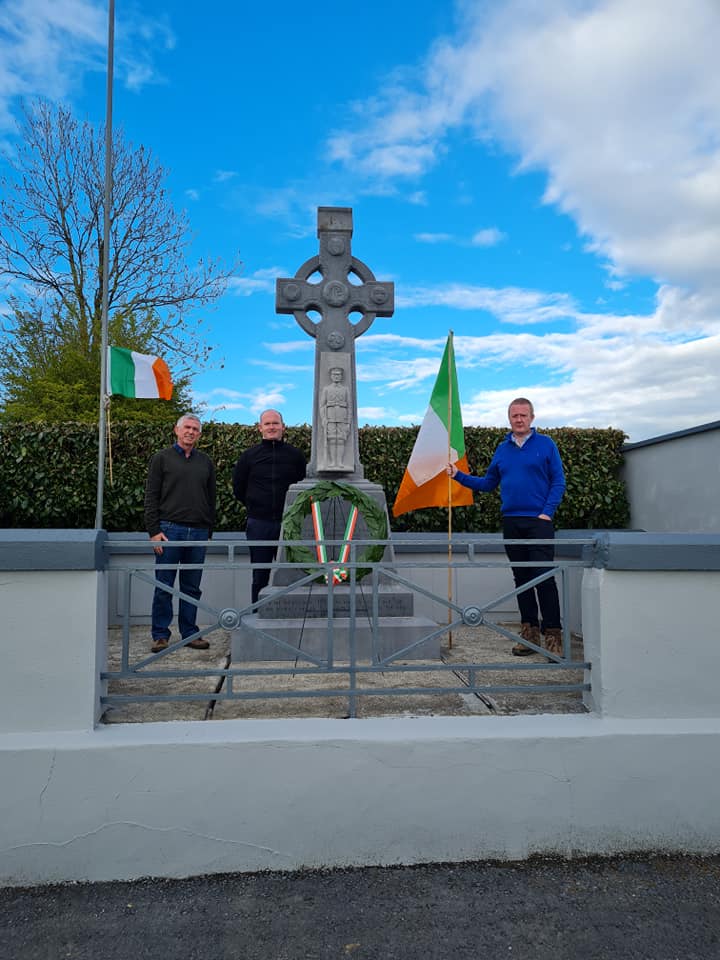 With Covid-19 restrictions still in place the main commemorative event, like many others across the last year, was held online via Facebook Live.
With Canice Hickey as MC, the ceremony consisted of pipers Denis Ryan and Larry Flynn. The Holden family give a recital of Mise Éire followed by the main oration by Larry Scallan, recently retired from the Defence Forces.

A documentary was also made, highlighting how Pat Walsh was one of the driving forces in Kilkenny behind a cultural revival that was sweeping across Ireland

Emer O’Shea gave a powerful rendition of Grace, which was followed by the laying of wreaths by John Holden and Ellen and Grace Lahart. The pipers played the lament and this was followed by the traditional decade of the rosary.
The final piece was the Ballad Dunnamaggin Pat which was played by Colm Ó Maolalaí, Tomás de Paor, Pól Ó Hogáin agus Gearóid Ó Maolalaí. Canice Hickey gave a final closing address and the live events finished with Irish National Anthem.
Documentary
Next up was the screening of the documentary Pat Walsh: The Life and Legacy of an Irish Revolutionary, which was specially commissioned and produced by Michael Benson Productions for the occasion.
The documentary highlights that Pat was one of the driving forces in Kilkenny behind a cultural revival that was sweeping across Ireland. Indeed, Pat typified a new breed of Irish Nationalist emerging from the ashes of the 1916 Rising.
Pat Walsh was born in 1887. His father was Matt Walsh from Newmarket while his mother, Mary O’Neill, was from Dunnamaggin.
Pat went to Baurscoob National School and later, at the age of 10, to Kells National School. After this he went to Callan CBS, where he showed a keen interest in reading and learning.
Pat was a member of the local GAA club called the Glory Rovers after the river Glory. He trained hard at hurling and football and even became a referee. He also trained local children hurling in the local field.
His love and determination to uphold the Irish spirit was evident when he defied a British ban on Irish sport to captain the Glory Rovers against Ahenure in 1919. 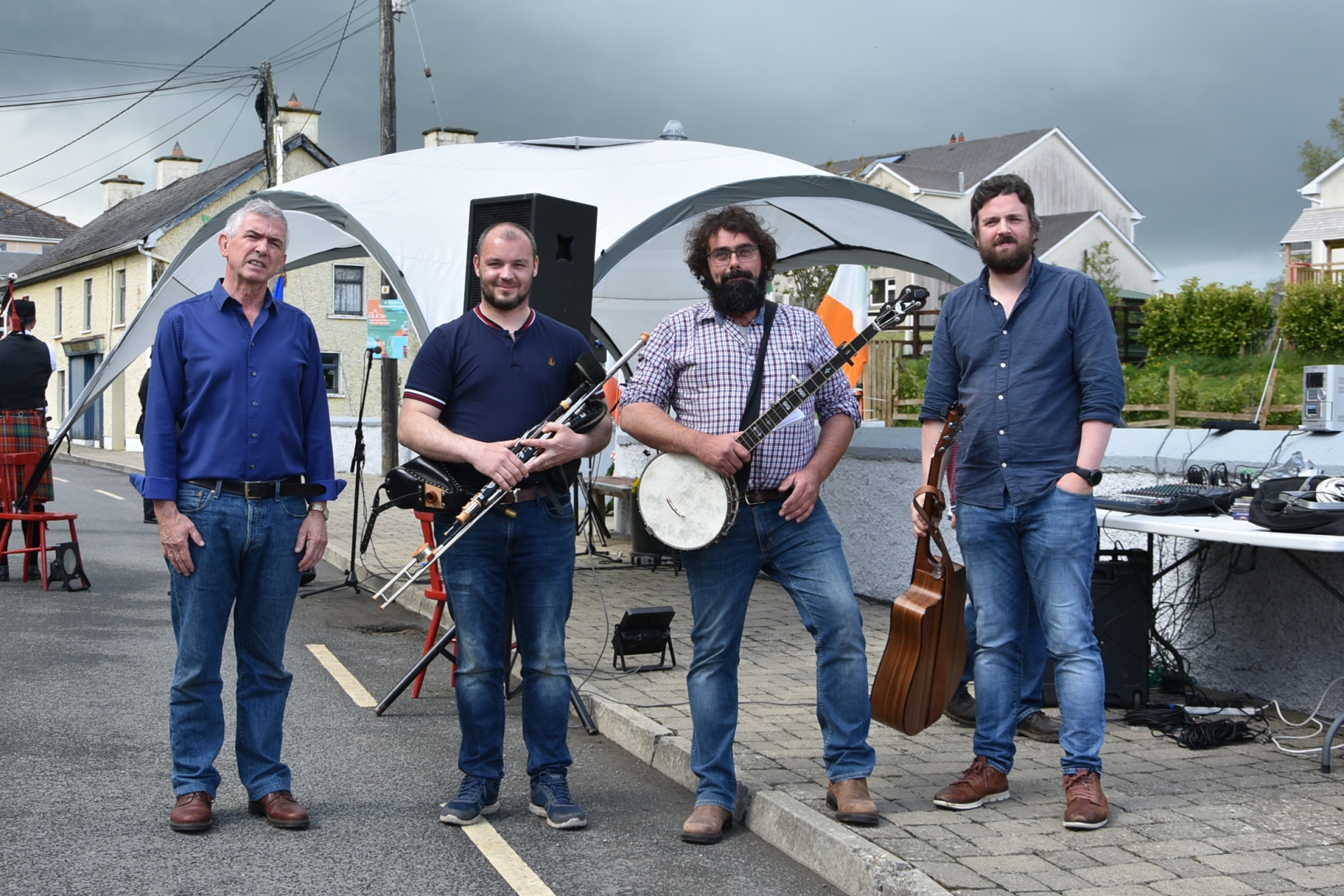 In his late twenties, Pat Walsh organised the Irish Volunteers locally and became an officer and a leader. He trained the 8th Battalion - men from Kells, Kilmoganny and Dunnamaggin, in local fields in Ballintee and Danganmore.
Pat was very active in the fight against the conscription of Irish men during WWI and he was arrested on December 8, 1920 when his house was raided and seven copies of An tÓglach, a republican newspaper, were found. He was convicted in Waterford Court and spent two months in jail.
On The Run
Captain of Dunnamaggin B Company, following his release Walsh needed to go on the run. Seán Hogan O/C of Tipperary IRA ASU had crossed the Tipperary border and on Friday, May 13, 1921, Pat joined up with Seán Hogan’s flying column.
They took part in the Invasion of Kilmanagh and had planned to attack Urlingford RIC barracks on the Tipperary/Kilkenny border.
However, early on the morning of that attack British soldiers took them by surprise at Knocknagress in Tullaroan. Seán Quinn and Pat were both wounded. Seán Quinn died shortly afterwards and Pat Walsh was moved to Fermoy Military hospital where his leg was amputated without any anaesthetic. He died on Wednesday, May 18, 1921 aged 34.
Great crowds followed the cortege from Callan to Dunnamaggin for the funeral. The tricolour was removed by a British soldier at the church.
However, prior to the burial, a local woman called Ellie Peters produced another tricolour and draped the coffin prior to burial, a fitting tribute to an Irish patriot.
The documentary, Pat Walsh: The Life and Legacy of an Irish Revolutionary, was supported by The Decade of Centenaries Fund and Kilkenny County Council and is available to watch here