This year sees the introduction of musical theatre intensive 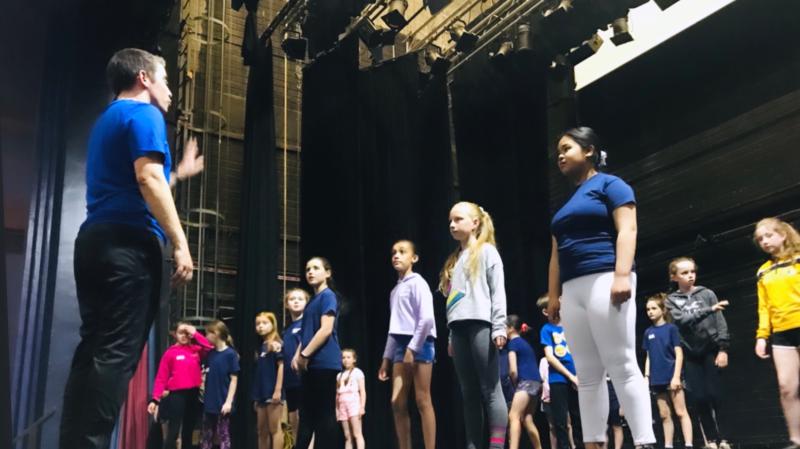 The Panto Camp will return this summer two weeks at the Watergate Theatre and there will also be a Musicial Theatre Intensive.

Musical Theatre Intensive MTI will also run from July 12 to 16 from 3pm – 6pm for youngsters aged from 13 to 18 years.

Panto Camp will be an extremely worthwhile experience for all young performers giving them learning opportunities in singing, dancing and acting with a professional team.

Panto Camp will take place on site at the Watergate Theatre so participants will have the added excitement of working in a professional theatre environment for the duration of Panto Camp.

For any queries email Sarah on panto@watergatetheatre.com

During the week participants will work with the core members of a theatre production team to develop acting, voice, movement, singing and dance skills. Through group and individual workshops of popular Broadway and West End shows, participants will develop their musical theatre skills by working on solo pieces, duets or trios and ensemble numbers, helping to build confidence and learn more about the craft of musical theatre.

MTI will take place on site at the Watergate Theatre so participants will also have the added excitement of working in a professional theatre environment for its duration.

The Musical Theatre Intensive course will be devised and directed by one of Ireland’s leading professional musical theatre directors and voice coaches, Christine Scarry, and will be assisted throughout the week by choreographer David Doyle and actor Sarah Brennan.

To book your place you can pay a non-refundable deposit of €50 per child.

For any queries email Sarah on musicaltheatre@watergatetheatre.com

Places for both Panto Camps and MTI are offered on a first come, first served basis and are currently limited to ensure social distancing protocols.

A graduate of the Conservatory of Music & Drama and the Royal Irish Academy of Music, Christine trained in piano and voice and has a Masters in Directing from Dublin City University. Christine is an accredited coach with the global network, Vocology in Practice. With over thirty years’ experience in professional theatre – as a performer and director – Christine has produced and directed productions in Irish venues including the Olympia Theatre, Cork Opera House, National Opera House, Gaiety Theatre and National Concert Hall. In 2018 Christine directed a new musical at New York’s Symphony Space, Broadway, following a short US tour. Christine is Artistic Director of Red Alchemy Theatre Company and Voice Studio, Musical Director of the female vocal group, Alchemy and owner of The Voice Industry.

David began training with Spotlight stage school at the age of 12 and has worked on professional stages across the country ever since. He holds a degree in Drama Performance from the Conservatory of Music and Drama. Debuting in the National Concert Hall with Festival Production’s ‘Oliver!’, David went on to carve out a career as the Olympia Theatre, Dublin’s resident pantomime baddie over the course of ten years between 2006 - 2016. Other highlights from his professional work include ‘Bugsy Malone’ and ‘Annie’ both at the Olympia Theatre and Cork Opera House. David has also worked as a commercial dancer, touring the UK and Europe, between 2015- 2017 with various Irish acts, as well as opening Childline for two years in a row and opening Westlife’s farewell tour in Croke Park as a backing dancer for Irish pop sensation ‘Jedward’.