Few modern Kilkenny hurlers were as important and influential as Lester Ryan. The weekend saw the first anniversary of his untimely death. To mark the occasion we have reproduced this tribute to Lester from the 2020 Kilkenny GAA Yearbook, by Enda McEvoy 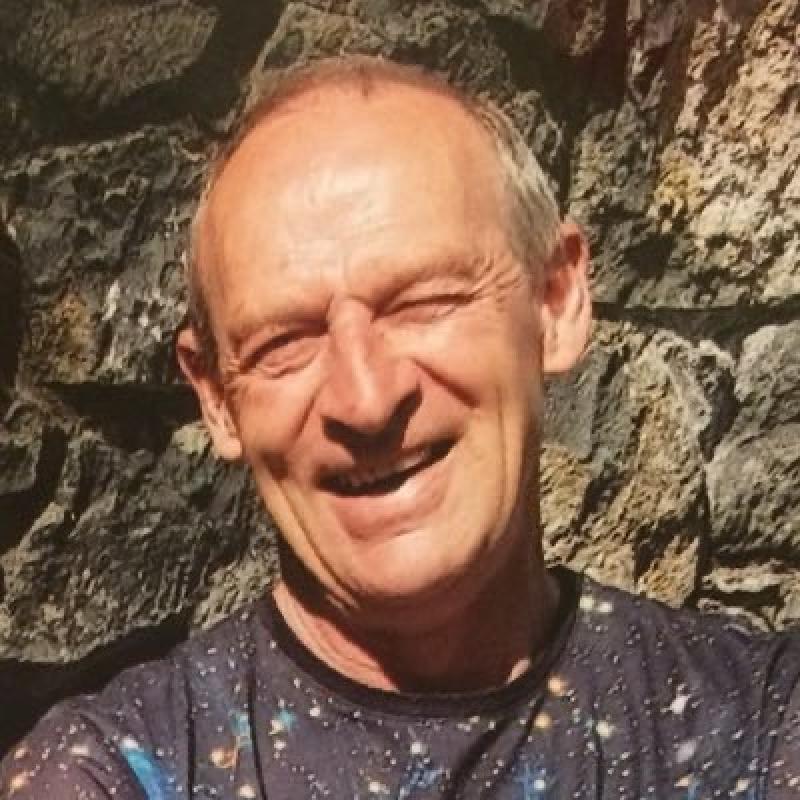 Back in 2010 when Kilkenny were going for the five in a row and looking for lads to make up the numbers in training, it was only natural that they should turn to Lester Ryan, an All-Ireland under-21 winner two years earlier, to give a hand. It was likewise only natural that Martin Fogarty should give him a call soliciting his services.

What was not natural was Lester’s response. “I’ve been waiting 20 years for this call. I wasn’t happy with the way it finished then. If I go back I want to be on the frees!!!”

To say Lester Ryan senior was a former Kilkenny hurler at the time, and right up to his tragic passing on June 6, 2020, is to tell merely some of the truth. He was far more than that. Far more interesting, far more important, far more influential.

Let’s go back to the 1991 Kilkenny Yearbook. If you don’t have it in your collection it can be viewed on Kilkennygaa.ie (click on Resources et voila!).
Lester wrote an article for it. He was on the threshold of an exciting phase of his life, having just taken up a position as one of these new-fangled field officers with the Leinster Council.

“What was once spontaneous has now been systematised,” he wrote.

“Children no longer flock to the field. They are only to be found there if there is organised training or a game. The sheer joy of being merely involved (psychologists call this intrinsic motivation) has been overtaken by extrinsic factors such as competitions, medals and rewards of one form or another.

“It is said that the effective coach will not alone know what to do but will also know why he is doing it and how those under his care will benefit.

“He will have to be a skills trainer, fitness instructor, psychologist, dietician and medic combined into one. My wish is to pass on some of the rich legacy which I was fortunate enough to inherit.”

He had so many titles and job descriptions. Field officer, hurling development administrator for Laois and Carlow, provincial support officer. He had so many organisational duties: the provincial cross-county hurling leagues, from adult level down (immensely successful, not least because they pitted clubs against outfits from other counties they’d never otherwise meet).

The DJ Carey School of Hurling, which was very much Lester’s baby. Poc Fada, the finals of which he and Christine attended in the Cooley Mountains annually. Coaching the coaches and developing a template that was followed nationally and became the summer institution that is the Cúl Camps.
Pathfinder

His wasn’t a ‘9 to 5’ job. It was a 7am till midnight job seven days a week. Lester never refused a call from anyone looking for advice or help with fixtures, games, presentations, whatever.

As one of the first full-timers to be employed by the GAA in games development he was a pathfinder. He helped widen horizons and strike new ground - and lo, it was good. What’s more, people saw that it was good. These days there are over 300 such coaches around the country.

“He was very unassuming,” says Colm Clear, who laboured long and hard in the provincial vineyard with Lester. “Always in the background arranging things, as opposed to being front and centre.

“He was a gentleman to everyone and a mentor to so many of us. He’d never offer advice but plenty of people sought it. One of his greatest strengths was that he’d always think of how a particular skill would play out in the real world. How practical and useful would it be on the pitch or in training with the club on a Saturday morning?”

The general consensus in GAA circles at the time had it that the Leinster Council was leagues ahead of the other provincial bodies when it came to imagination, innovation and enterprise.

“We weren’t doing what we did for the sake of being market leaders,” that enlightened former Leinster Council CEO, Camross’s Michael Delaney, points out. “But in a lot of areas others followed where we led. Lester played a big part in driving things forward and going where nobody had gone before. Anyone who loved hurling was a friend of his.”

As a club hurler Lester was an integral part of what still stands as Clara’s greatest day, the 1986 county final underdog triumph against Ballyhale Shamrocks. They were an admirable team; no superstars, but plenty of really good stalwarts of the local circuit, hardy and competent and experienced. Their most skilful performer by some distance was Lester, who if anything was, whether despite his talent or because of it, possibly too self-analytical and hard on himself. Obviously he was able to take care of himself on the field. He wouldn’t have been a Ryan if he wasn’t.

As an intercounty hurler he wasn’t merely unlucky, he was ridiculously unfortunate to fall into the cracks between Kilkenny’s All-Ireland champions of 1982-83 and their successors of 1992-93.

He did win a National League medal in 1986 and Leinster medals in 1986-87 but a Celtic cross was to elude him. As if to demonstrate his versatility he wore the number 13 jersey in that 1986 league final before partnering Ger Fennelly at midfield in the All-Ireland decider a year later. He also won a Railway Cup medal with Leinster in 1988.

In all he made 16 championship appearances, five of them off the bench. Along the way he scored a creditable 4-11, all of it from play. For the record someone else managed 4-11 for Kilkenny in his own career: a certain B Cody. On being thus informed by Leo McGough, the eminent Carlow hurling man and GAA statistician who’d unearthed this glorious piece of information, Lester responded with a characteristically droll, “God, don’t tell anyone that!”

Leo knew Lester on a personal basis from the DJ Carey School of Hurling.

“It was a terrific concept and he ran it with such efficiency, energy and enthusiasm,” he said. “It gave young players and their mentors a wonderful grounding during a week that involved coaching and fun without a huge emphasis on the competitive element, though there was a bit of that too.”

Three in the window
In latter years Lester would call three times a week or so to his brother Johnny, now also sadly gone to his eternal reward, and family in Maddoxtown. Johnny’s offspring – Liam, Tom and Lester junior – would be hurling in the yard, rapt in one or other of the two house games. One was a non-contact wall ball variant, the other a home-brewed entity called Three in the Window.

Despite being in his 50s their uncle would always join in. Wall ball emphasised his skill, which occasionally surprised his nephews, who’d never seen him hurl in his prime; Three in the Window emphasised his ability to mix it and showed an entirely different side of him.

(An ancestor of this game was played by Lester senior and his brothers a generation ago. There’s a small hole in one of the walls of Ryans’ barn. The lads spent hour upon hour standing back and trying to drive a sliotar into the hole. Any hurler who ever had brothers – or even sisters – doubtless has a similar tale to tell.)

Although he was a hurling man and a GAA man he didn’t define himself solely in those terms and he was much more besides. Away from sport – somehow he did find the time – he had an interesting and variegated existence. He was a fine musician on the mandolin and banjo. He was an enthusiastic photographer, taking up the hobby late in his life and staging an exhibition in MacDonagh Junction. He, Conor and Joseph trained as life guards. He played golf and the Ryan Classic – like the Masters at Augusta, except featuring the Ryan cousins from Kilkenny and Enniscorthy and Lucan and Tullamore and wherever else – was a date in the diary every year.

He was a collector of jerseys and programmes, a dutiful maintainer of scrapbooks and his big dream was a GAA museum (holograms, the whole works) in Kilkenny. He was quietly religious too, Mass and the rosary being daily staples.
In the midst of life, death can intrude with an unforeseen and unspeakable unfairness. On that awful Saturday morning Lester had been cycling around the golf course in Gowran with Conor at 6.30am.

He’d launched his new pet photography business in the Ryan family WhatsApp group, to a myriad smart comments from his cousins. By 3.30pm he was no longer with us, leaving Joseph, Niamh, Eimer and Conor without a dad and Christine without a husband. They had been a couple for 43 years.

The tributes? Too many to mention, but thousands watched the Requiem Mass on line and hundreds of Mass cards were received, the majority with letters inside lauding what Lester had done for hurling communities from as far apart as New York, Donegal and England. And shinty clubs in Scotland. And camogie clubs. And and and…

Down the decades umpteen Kilkenny hurlers have adorned the game, never more so than in the past 20 years. It is hard, however, to think of a Kilkenny hurler who did as much good for the game he loved as Lester Ryan did. What a legacy he leaves.
- Enda McEvoy

WATCH: It’s back! Get your tickets as Punchestown returns with 'The Great Comeback Festival of 2022'