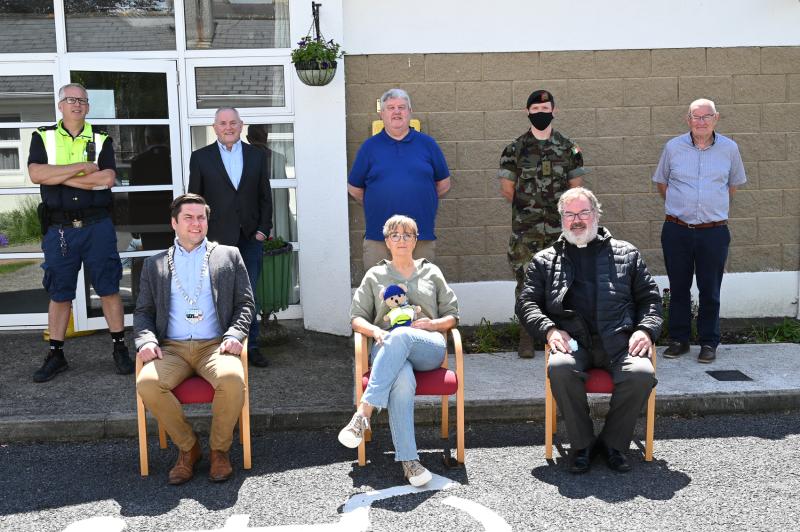 Community spirit was out in force at St John’s Parish Centre on Friday afternoon when members of the Eastern Environs Defibrillator group gathered.
The group was set up in memory of the late Billy Leahy and has grown in strength over the past few years.
Chairperson, Frank Cody remembers the ‘great enthusiasm’ that was there when the group was initially set up. What started out as a way of remembering one of their own has blossomed into a life-saving initiative which has seen the installation of five defibrillators across St John’s Parish at locations including the parish centre, the James Stephens Army Barracks, Deputy John McGuinness’ Constituency Office and The Orchard House.
The hard-working committee of Frank Cody, Margaret Lanigan, Kathleen Meagher, Jim Fogarty, Pat Counihan, Mick Dooley and Larry Murphy have not only helped to raise an incredible €15,000 from the generous donations and fundraising from the local community but have also provided training on how to use the equipment and have raised awareness around the important of maintaining the defibrillators.
Support
Mr Cody thanked all ‘the great people’ who have supported the committee on their journey as well as the people who have the defibrillators located at their premises.
“They are no good unless the community looks after them. We must look after the defibrillators so that they can look after us as a community,” he said.
Deputy John McGuinness commended the community initiative on raising the money required and doing something that benefits the entire community.
“Local people remember the greats of the parish when they look up at the defibrillators and see their names. It has been a very worthwhile exercise in community participation,” he added.
Community Garda Andy O’Neill was also present along with the popular mascot, Ted to mark the occasion.
Fr Dan Bollard of St John’s Parish said that the venture was a great indication of the community that exists in the parish and added that he is committed to building on such a community that cares and supports each other.
Renowned hurler and member of the Defence Forces, Lieutenant Paul Murphy said that he, along with his colleagues in the Defences Forces, are ‘extremely proud to be associated’ with the project.
“You never know when you will have to use them. We have 500 troops stationed at the barracks and they are doing quite robust training so it gives us great peace of mind knowing that they are there. Close to 100 army personnel have been trained to use them,” he added.
Cathaoirleach of Kilkenny County Council, Andrew McGuinness paid tribute to Frank Cody who ‘deserves great credit for spear-heading the campaign’.
Congratulating the committee, the Cathaoirleach said that they ‘have provided something that will save lives for years to come’ and commended the great community spirit that was shown.