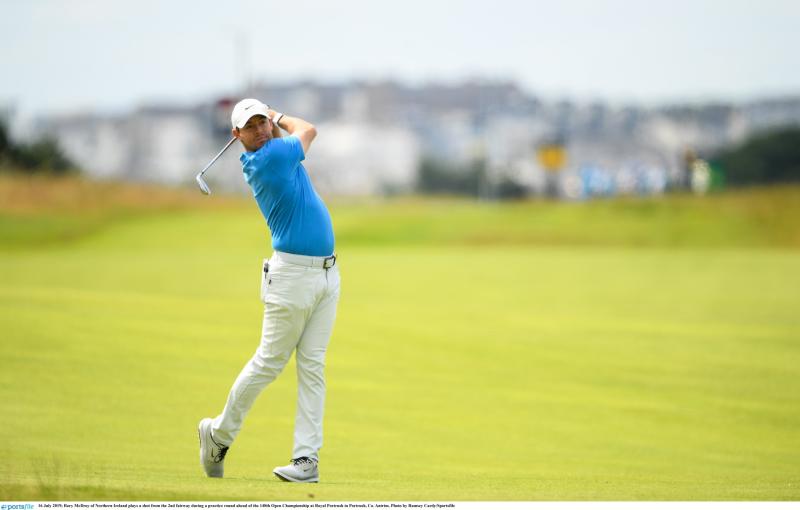 A galaxy of Irish golfing stars will lead a drive to Kilkenny in July!

Mount Juliet Estate will provide the stunning backdrop to the 2021 edition of the island of Ireland’s national open, where World Number Ten McIlroy will return to action in his home national open having played a central role in its recent success as tournament host from 2015-2018.

The four-time Major winner’s time as host culminated in the Northern Irishman lifting the famous trophy for the first time in his career with a three-stroke triumph in 2016.

The 32-year-old recently returned to the winner’s circle for the first time in 18 months on the PGA TOUR, winning the Wells Fargo Championship for the third time in his career in May.

“I am really excited to get back and play the Dubai Duty Free Irish Open,” said McIlroy. “I have so many incredible memories of this event down the years, not least my victory in 2016, and I think it is going to be a pretty special week this July with the fans returning. I’m really excited to play in front of them again.”

Meanwhile, reigning Open Champion Lowry will play in front of his home fans for the first time since claiming his maiden Major title in July 2019. 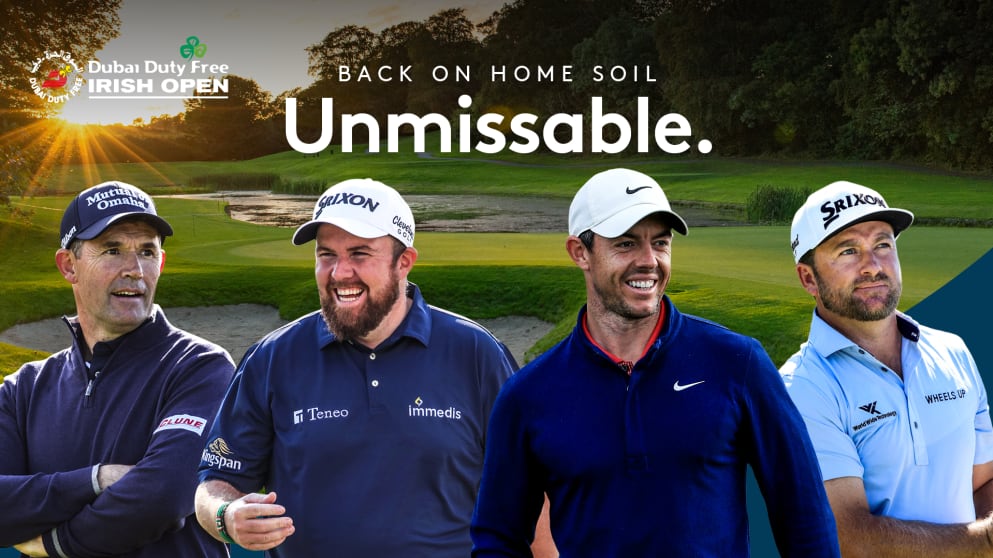 The Offaly player – who famously won his home open as an amateur in 2009 - will tee it up on the picturesque parkland just two weeks before he defends the Claret Jug at Royal St George’s Golf Club, hoping to build on his shared fourth place finish at the second Major of the season, the US PGA Championship.

“I cannot wait to get back and play in front of the Irish crowds again,” said Lowry. “I have been really eager to do so as The Open Champion before I defend the Claret Jug and hopefully I can put on a show for them at Mount Juliet for what is sure to be a memorable week.”

Harrington will play the historic tournament for the 26th successive time, two months before he captains the European Ryder Cup team at Whistling Straits in Wisconsin, and two months after earning his best Major finish in nine years by finishing alongside Lowry in fourth spot at Kiawah Island.

The 49-year-old has also etched his name on the Dubai Duty Free Irish Open trophy having overcome Welshman Bradley Dredge in a play-off in 2007 – a win which proved a precursor to claiming two of his three Major titles, The Open Championship at Carnoustie, two months later.

“The Dubai Duty Free Irish Open is always such a unique occasion for golf fans across the whole island but it is sure to be an even bigger celebration this July with fans making a long-awaited return,” said Harrington. “I can’t wait to step onto the first tee at Mount Juliet and sample the atmosphere created by the home crowds.”

Former U.S. Open Champion McDowell, a Ryder Cup legend in his own right, will arrive on home shores hoping to add the Dubai Duty Free Irish Open trophy to his 11 European Tour titles.

The 41-year-old will play in his home event for the 19th time having made his debut in the event in 2002.

“The Dubai Duty Free Irish Open is a tournament which is very close to my heart so I’m really excited to return in July,” said McDowell. “I was disappointed not to be able to fulfil my role as host in 2020 due to the disruption of the pandemic, but this year I feel it should be a celebration of Irish golf as a whole, while also recognising the frontline heroes who have contributed so hugely during the pandemic – not about one person alone. With the strength of field, the return of the fans and a spectacular venue in Mount Juliet, it’s set to be as truly special week.”

A limited number of tickets for the return of the Major-winning quartet will go on sale tomorrow (Thursday), with a percentage of tickets donated to key frontline workers in recognition of their dedicated work throughout the pandemic.