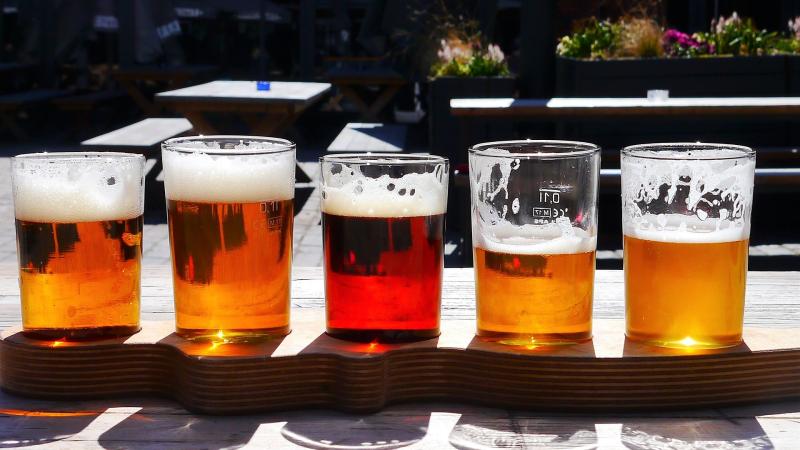 Crowds estimated at around 100,000 flooded the city for the Beer Festival Picture: Peter Kraayvanger/Pixabay

One of the best, most successful and enjoyable Festivals ever!
This was the unanimous verdict on the Kilkenny Beer Festival, which has got lavish praise from His Lordship Most Rev Dr Birch, the Mayor and Corporation, the Garda Authorities, business people and the general public.
“The Festival this year was an example of what can be achieved by general community co-operation,” said Dr Birch. “The people this year came together, got involved, and showed that the Festival could be run in a respectable way.”
Crowds estimated at around 100,000 flooded the city at the weekend, but despite the large numbers problems were minimal.
“Things went off exceptionally well,” summed up Supt TA Sloyan. “Everyone co-operated with us and the Garda force had very few problems. We are very pleased indeed and the festival from our point of view was very successful.”
Although some people felt that the crowds this year were not as large as last year, all publicans and shopkeepers to whom we spoke reported the biggest volume of business ever.
Throughout the weekend a real mardi gras atmosphere prevailed and a Garda force of over 200 plus the Festival committee and voluntary organisations in Kilkenny ensured that everything went without a hitch.
Each day, 30 members of the Kilkenny Corporation Tenants’ Association and members of the Junior Chamber toured the city and camping sites ready to report to the gardai at the first signs of anything suspicious.
THREAT AT ‘WORK CAMP’
A young 16-year-old boy from Ballyragget, who left his home in February 1970 to work on a Scottish potato farm, made a dramatic escape with two friends from what was described as “prisoner of war camp conditions”.
Geoff Smyth from Lower Conahy, said he suffered severe beatings while working 24 hours a day for £11 per week as a general farm hand in a potato field.
He was closely watched by thugs armed with clubs and was frequently beaten and kicked. He was also threatened with death if he attempted to escape and a precautionary measure he was shifted to another camp.
This week his father told the People of his anxious wait for news of his son and he also made a strong condemnation of the slow approach to the scandal by the Irish Government.
“The Government should have moved on the problem over two years ago,” said Mr Smyth. “So far they have done nothing. Now we must do it ourselves.”
Geoff left for Scotland shortly after his 15th birthday after answering an advertisement for men to work for £13 per week on a potato farm.
“In the beginning things were all right but then they began to beat and kick him,” said Mr Smyth. “We wrote him six letters which he did not reply to. And I firmly believe he did not get them. They were withheld by the people of Scotland.”
Two weeks ago, with Geoff's failure to reply, Mr Smyth contacted Scottish police and sent them a photograph. Shortly afterwards, Geoff and two others made their escape.
On one occasion Geoff did manage to send a photograph of himself along with a letter which told his parents that he was partially deaf in one ear. They believe that this was a result of severe beatings he suffered.
The picture, which is now in the hands of Scottish police, showed Geoff to be badly bruised and marked.
So far the Smyths have not heard from their son, who is now working on Edinburgh building sites, but they expect word shortly.