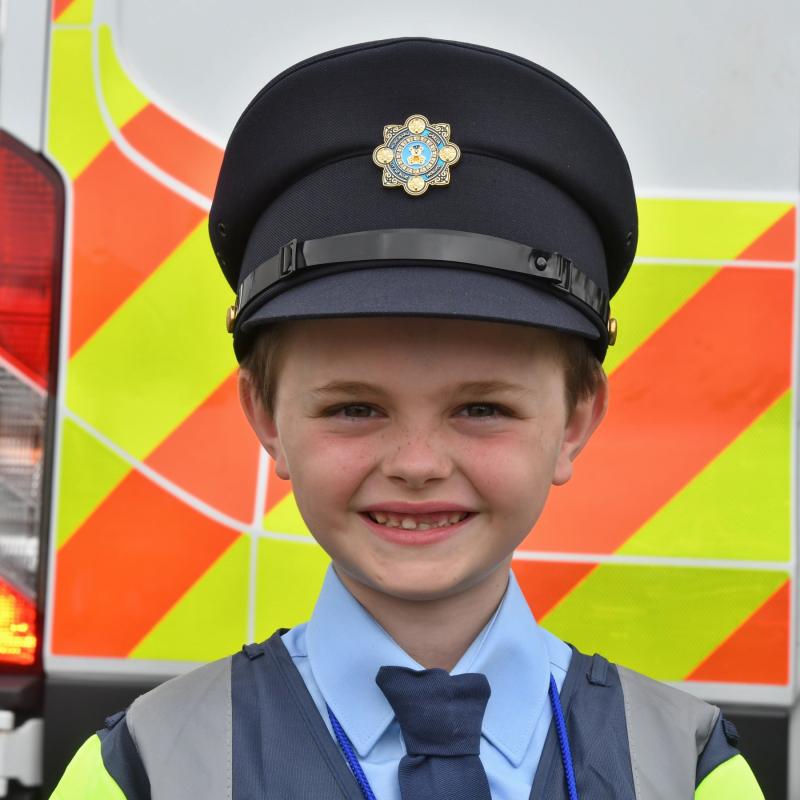 The normally quiet country roads around the village of Clogh were a hive of activity yesterday afternoon as Kilkenny's newest garda recruit Conor Parr (7) took up duty.

The youngster was made an honorary garda and members from stations across the county attended at his home to mark the very special occasion.

Superintendent Derek Hughes told The Kilkenny People he was delighted to have Conor on board.

"I am delighted to be here welcoming our newest member, Honorary Garda Parr. He is very enthusiastic to get started and we have assigned Sergeant Ted to be his mentor," he said. 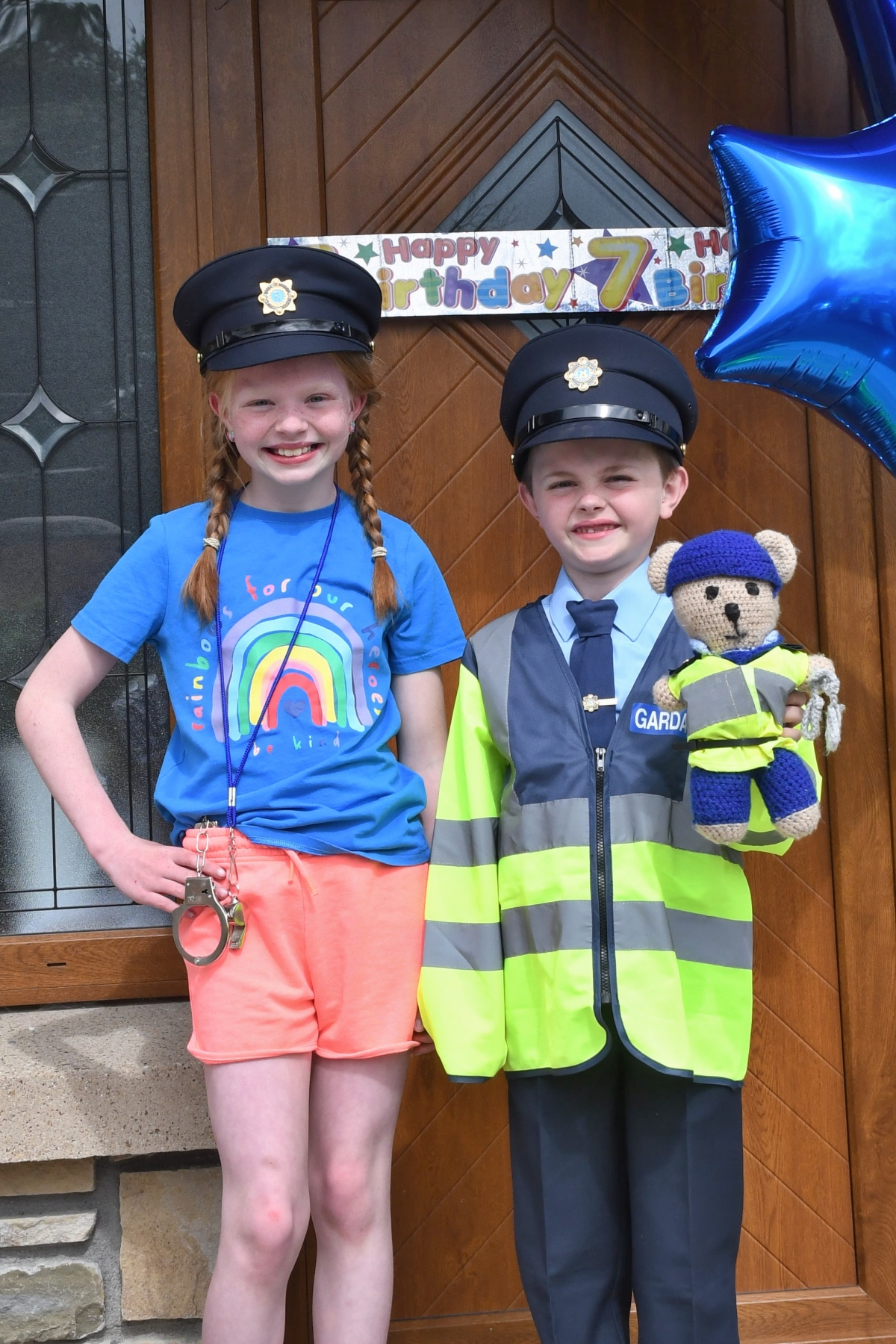 Honorary Garda Parr, who was also celebrating his seventh birthday, is clearly a natural in his new role.

After undergoing some training with Sgt Ted it was time for Honorary Garda Parr to patrol the area with his colleagues.

He also had occasion to speak to his grand dad, Henry, and even placed him in the back of the patrol van as part of his training exercises. With his walkie talkie in tow Honorary Garda Parr was kept informed of any unusual goings on in the area and also was given a whistle in order to get attention quickly if needed. 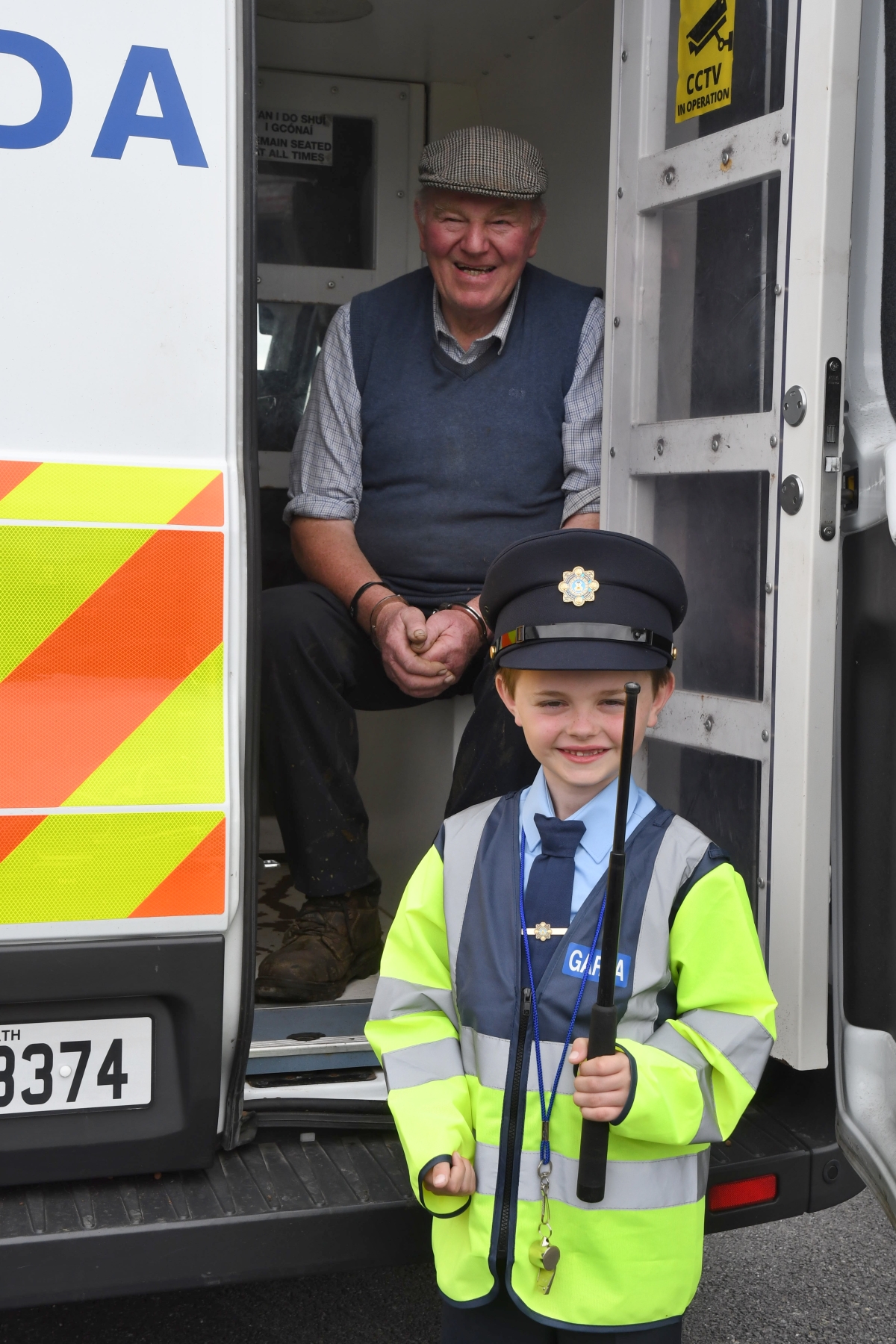 Conor's proud parents Jane and Trevor and his siblings Emma (9) and Harry (3) watched on as did his grandparents Henry and Heather as Honorary Garda Parr took up duty.

Conor is in senior infants at Clogh National School and is now a Little Blue Hero. The Little Blue Heroes Foundation is a not-for-profit charity operated entirely by volunteers (no paid staff) made up of Garda members/staff, retired Garda members, their families, friends and civic minded people from communities. It aims to help families in need from local communities in Ireland who have children undergoing long-term medical treatment for serious illness.

Kilkenny's newest Little Blue Hero is responding well to treatment for leukaemia and attends Crumlin Children's Hospital once a month. No doubt he will be a great asset to gardaí locally with his positive, upbeat, can-do attitude!