End of an era 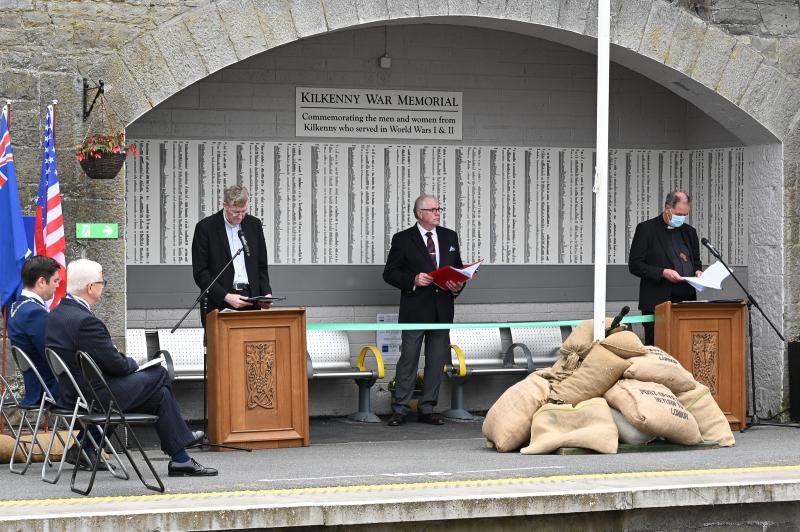 Kilkenny’s Great War Memorial Committee, which has been the driver in commemorating historic events, as well as the installation of three landmark monuments in Kilkenny, is to be wound down shortly.

The committee has achieved its goals following the unveiling of three memorials in Kilkenny City, as well as organising and hosting a number of events to commemorate World War I, World War II and other historic moments significant to Kilkenny.

The latest inscription adds to a beautiful scroll of names at MacDonagh Junction (3,129 men and women) — those who served; the WWI remembrance wall in Peace Park ( to the 827 dead) , and the statue to commemorate Thomas Joseph Woodgate, which incorporates a memorial to all the youth of Ireland who left these shores to take part in conflicts around the world. They are now part of Kilkenny — tributes to the legacy of those who served and those who perished.

“After that point, our committee will officially stand down,” he said. “A few individuals will continue to host remembrance ceremonies a couple of times of year. Hopefully, with the support of Kilkenny County Council, we will eventually see a military history walking tour around the city, which will tell the i ndividual story for us and for future generations to hear.”

Mr Croghan said the committee had fulfilled its original ambitions.

It has more than fulfilled its original aim. It has gone above and beyond, with volunteers researching, and recruiting others to dig into history, to discover their own family truths.

It’s the culmination of a lot of hard work. Following the work of the Kilkenny Great War Memorial Committee to commemorate those who died in WWI, the Royal British Legion Republic of Ireland asked the committee to consider commemorating those who served with the Allied Forces in WWII.

Mr Croghan noted it had been a challenging project for a number of reasons; first and foremost — the fact that many who served have since died, and until the last one dies records remain sealed in many locations.
The committee availed of help from the Commonwealth War Graves Commission, and ran a publicity campaign in local and national media seeking information.