Care for a Hawaiian Cool, Leo? Chance encounters in the capital 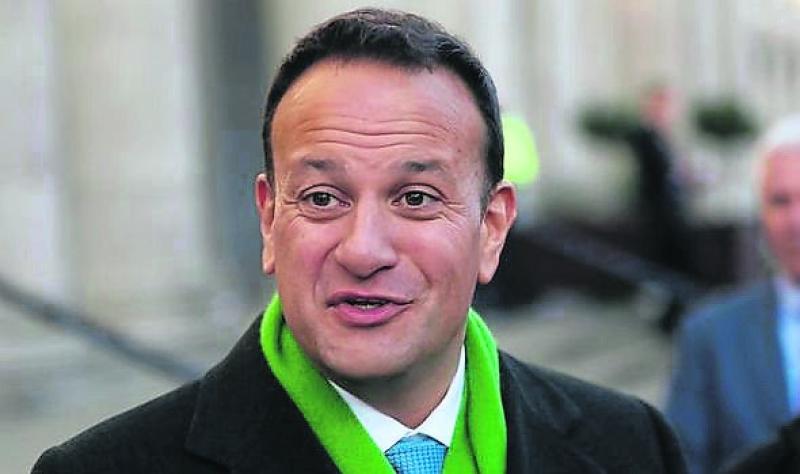 I am sitting on a bench sipping, or rather sucking (it comes with a straw), a Hawaiian Cool.
A Hawaiian Cool is a concoction of pineapple, cucumber, carrot and mint or something like that. It’s cool.
But if it is, so too is the gent just across from me, he’s maybe six one or two, dark hair, sallow complexion wearing a grey shirt outside his beige coloured pants (slightly creased, according to my wife, and you know how observant and critical women are) with matching camel coloured loafers.
His name is Leo. Leo Varadkar, the Tánaiste and former Taoiseach of our country.
Leo is not sucking a Hawaiian Cool. Leo is pressing the flesh. Leo is surrounded by a group of youngsters wearing high viz jackets with Vote No 1 Geoghegan printed on the back.
There’s a by-election going on and Leo and Young Fine Gael are out early in the Farmers Market (do they call it that in Dublin?) in Herbert Park, a favourite spot where my wife and I like to stroll and feed the ducks, which we’ve given up since we read the notices some while back (in Herbert Park) that bread is bad for ducks!
My wife and I are in Dublin on essential business – we’re bringing my daughter and her French boyfriend to the airport for a return flight to Paris. But first they have to get a Covid test – a nuisance, an annoyance for sure, but it has to be done.
It’s called an Antigen Rapid Test and it’s carried out at Randox Travel Centre, Dublin Airport; it costs €50 with results in an hour max. And here’s how it’s done in case any of you are flying out in the immediate future.
You drive into Terminal 2 Parking, go to the fifth floor where you park and it’s pretty much plain sailing from there on as Randox is well signposted.
Oh, and bring with you confirmation of your appointment, photographic identification (passport preferred) and, of course, a mask. And arrive no earlier than five minutes before your appointment.
While the testing is taking place my wife and I have a coffee in Terminal Two. Oh, my God. It’s eerie. It’s weird.
The place was empty. There was no one - and I mean no one - in this area that would normally be teeming with people coming and going or simply sitting like ourselves having a coffee or snack.
It was like a scene from a science fiction movie – where humanity has been wiped out by a nuclear explosion or annihilated by some sinister aliens. Test results being negative, we made our goodbyes and headed into town.

There’s a buzz, a marvellous vibrancy, everywhere that Dublin hasn’t known in a while, a buzz, and vibrancy, replicated on our own city streets and sidewalks also.

Oh boy, Dublin City has become one massive, teeming, outdoor drinking and dining carnival for want of a better word. Every street, every side-street is chock-a-block with outdoor diners and drinkers.
It’s wonderful to see but not so wonderful if you haven’t booked a table. You could be waiting. As for one metre distancing, in some streets where there’s more drinking than dining there wasn’t a centimetre, let alone a metre, distancing. But how do you monitor that?
Anyway, there’s a buzz, a marvellous vibrancy, everywhere that Dublin hasn’t known in a while, a buzz, and vibrancy, replicated on our own city streets and sidewalks also.
Away from the madding crowds, outside the GPO actually, some people are handing out fliers. I take one. I always accept a flier, a courtesy I believe, to those people who stand for hours whether they’re promoting a pizza parlour or propagating their beliefs.
Later, at my leisure, I read my flier: ISLAM, Introduction. Here’s a little of what I learned about ISLAM:
‘Islam comes from the root word Salama. It has various meanings: Submission, Surrender & Peace. A Muslim submits and surrenders his will to the laws of God. He uses his mind, heart & body to love, learn and live life for the purpose of pleasing GOD. Muslims believe in Allah. Allah has no equals or associates. Allah has control over everything. None of his creation resembles Him. No part of Allah is present in anyone. Muslims believe that the Qur’an is the literal word of God. Together with the authentic sayings of the Prophet Muhammad, it is the main source of Islamic knowledge.’
In the meantime, and just for the record, I won’t be converting to Islam, or Young Fine Gael, in the near future!