Burglaries drop to record low in Kilkenny but increase in assaults 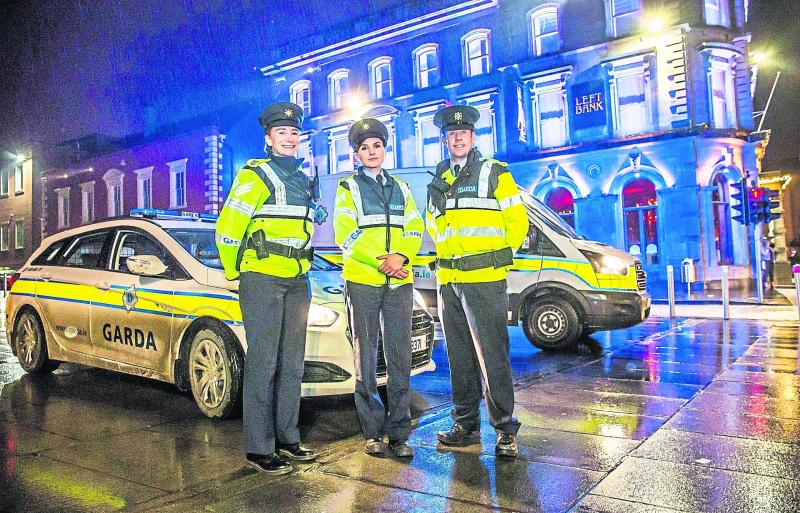 Burglaries in Kilkenny are at the lowest level ever it was revealed at a recent meeting of the Joint Policing Committee.
Since January 1, gardaí within the Kilkenny and Thomastown Districts recorded a total of 1,361 crime incidents
Gardaí in Kilkenny and Thomastown Districts have responded to 2,591 calls for service from members of the public through the Regional Control Centre.
The most recent figures show that incidents of property crime have dropped from 253 in the first five months of 2020 to 208 in the first five months this year.
During this time period burglaries in Kilkenny dropped from 41 to 27 while in Thomastown they dropped from 17 to 12.
Theft from vehicles also dropped sharply during this time from 32 in 2020 to 13 in the first five months of 2021. Other types of theft decreased from 54 to 43.
“There has been no night time economy for the first five months of 2021. These figures are likely to go up with businesses re-opening,” he said.
Detective Inspector Sean O’Meara also told members that in the first five months in the year gardaí had regularly performed cycle and beat patrols of Kilkenny and Thomastown providing advice about social distancing and meeting people to identify vulnerable people in the community and giving assistance.
The senior garda said that local gardaí had regularly delivered meals to the elderly and the vulnerable who were cocooning during Covid-19 and also conducted prescription drops for those in need.
Public order offences are also significantly down year on year with 194 incidents reported in the first five months of 2020 compared to 139 incidents during the same time period this year.
The latest figures show that there has been an increase in assaults with 68 reported in the first five months of this year compaerd to 48 during the same period last year. Det Inspector O’Meara said that the figures for assaults relate ‘almost entirely to houses’ as people were socialising at home and not in public places.
Domestic-related incidents also rose for the second year in a row with 169 incidents reported from January to May this year compared to 148 during the same period last year.
Chief Superintendent Padraig Dunne said that there is caution now as society is opening back up and warned that it is likely that there will be a rise in crime as gardaí were dealing with ‘an artificial environment’ during the pandemic.
Chair of the JPC, Cllr Pat Fitzpatrick complimented the gardaí on the good work that they are doing across the city and county.
“I am concerned about the growth in drugs and I want to encourage the public to engage with gardaí,” he said. Cllr Fitzpatrick also commended gardaí on their work in relation to drugs in North Kilkenny where there have been a number of significant seizures in recent weeks.
Cllr Deirdre Cullen asked if there would be more garda visibility as society reopens.
“We are expecting criminal activity to increase with the night-time economy and businesses reopening and people will be away from home more. I am asking if there will be more visibility,” she said and complimented the gardaí on their visibility on the roads during the pandemic.
Chief Supt Dunne said that local gardaí are ‘well prepared for the opening up of society’ and that ‘adequate resources’ are in place.