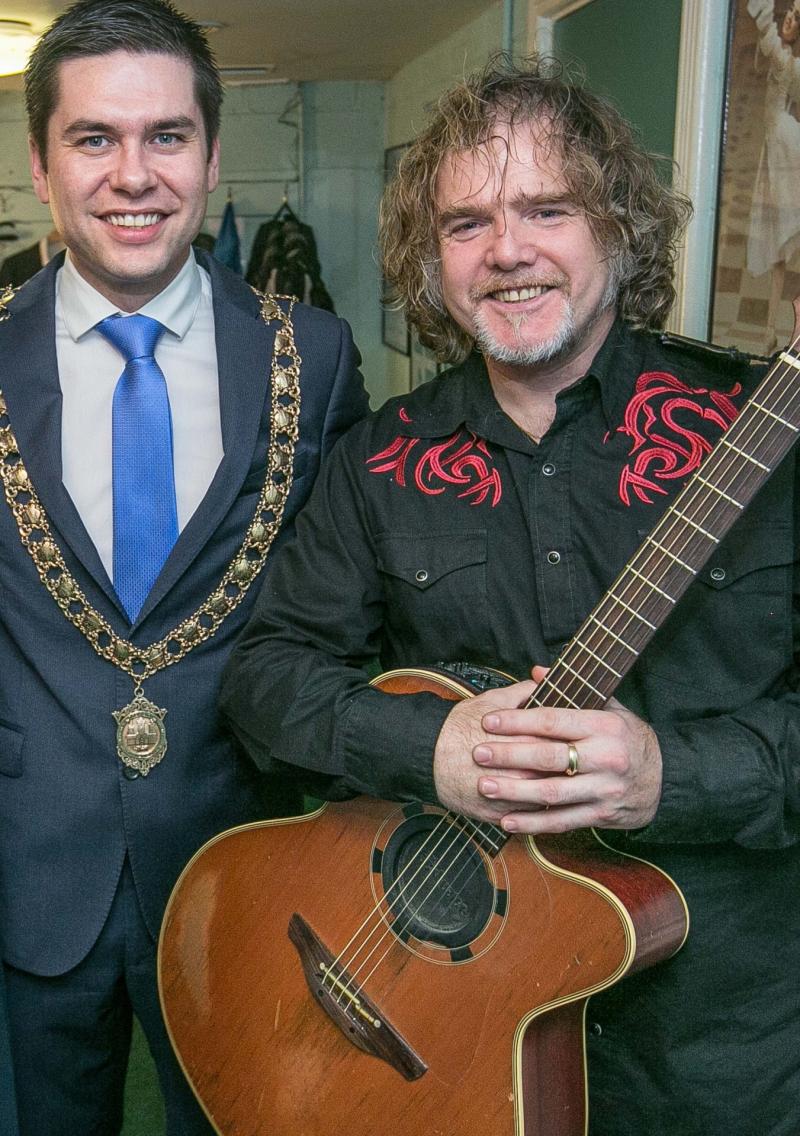 Newly-elected Mayor Andrew McGuinness, has pledged his support for local working musicians who, he says, have been left in limbo without proper Government supports or a road map back to work and a peaceful protest will take place this Wednesday.

Speaking in City Hall following his election as Mayor, he said, "Our local musicians for example, have been left behind in terms of proper Government supports, yet they continue to entertain us all from their own homes.

"I want to take this opportunity to once again call on Minister Catherine Martin to provide proper supports for working musicians who don’t sell tickets or have albums in the charts, but who entertain us in our local pubs, at our weddings and celebrations and who are only a phone call away when they are needed to perform for a local charity or worthy cause.

"They have been forgotten about and left without a clear plan. Many of them are my friends and I know they are suffering from mental health issues as a result of dealing with such uncertainty. Those working musicians were not given a road map or a proper grant scheme that facilitated them and Minister Martin needs to address this urgently."

Speaking from the stage in The Watergate Theatre last Friday before finishing as Cathaoirleach, McGuinness said, "There is no doubt that music is a universal language that gives us positivity, comfort and hope when we are at our lowest. I ask all of you to think of that and remember how our local musicians have helped us through the last 18 months – I ask you to join with them next week when they peacefully protest the fact that they have been left behind in terms of supports and a plan. I will certainly be there."

Local musicians will take to the streets of Kilkenny for a peaceful protest, adhering to public health guidelines. The protest is spearheaded by local musician Tomas Jackman and takes place at 12 noon. People are asked to wear masks with an X marked on it to symbolise the fact that they are silenced.

Mayor McGuinness, a musician himself, commended Tomas Jackman and all of the local musicians while encouraging people to support their campaign. He also outlined that he has written to Minister Catherine Martin on behalf of working musicians but says it has 'fallen on deaf ears'.

"Before I ever got into local politics I was a musician. Most of my close friends are musicians and they are struggling now, both financially and mentally, as they have not been given proper supports or a clear plan as to when they can get back to work," he said.

"There has been lots of fantastic funding announcements for the sector but not for the working musician in your local pub or at your wedding, the same guys that always say 'yes' when they are asked to perform for charity! They have been left in limbo.

"I will be joining our local musicians/entertainers/DJs/ engineers/promoters on Wednesday (June 23) at noon on the Parade, Kilkenny for their peaceful protest and I urge everyone to support their campaign, wearing a mask and adhering to public health guidelines of course."