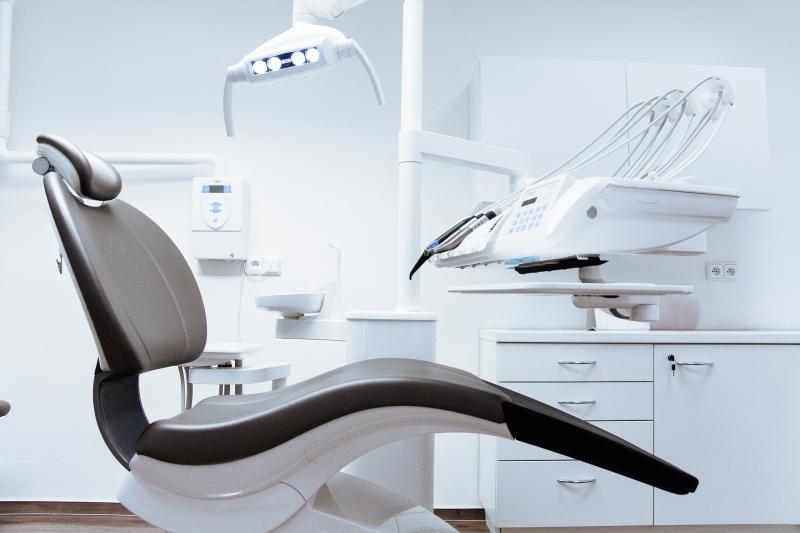 Delving into the archives of the Kilkenny People unearthed some gems, including a story on painless tooth extraction!

I’ve been delving into the Kilkenny People archives recently and unearthed some tidbits that caught my attention.
Let’s start with this from 1913: The Artificial Teeth Mart, Bridge Street, Callan.
The above firm owing to its Truly Marvellous System of Painless Extractions, has now, in order to cope with the large amount of Orders Daily Received from Kilkenny, decided on Opening a Branch Surgery at Mr Renlow’s, Patrick Street (opposite the Club House Hotel).
The proprietor, Mr Newell, is able to boast without fear of contradiction that he occupies a Premier Position as a Skilled and Careful Dental Operator, and his Guaranteed Painless Extractions are unsurpassed.
This statement is confirmed by depositions from reliable and responsible people. A Callan lady states: ‘Three weeks after having 14 abscessed teeth extracted quite painlessly by Mr Newell I was supplied by that gentleman with an upper set of artificial teeth under his new system of fitting which does away with the old method of waiting for months.
‘Everyone that saw them admired the teeth for the natural and life-like appearance.’
A Freshford Lady states: ‘Mr Newell extracted 14 teeth at one sitting without giving me the least pain and seven days after, 13 more were extracted with a like result.
‘I had no bad after effects, and my health has improved wonderfully.’
And how about this from 1898: The Abuse of Cocaine: Mr Connolly Norman of Dublin contributes a paper on this subject to the Journal of Mental Science. He says that much harm has resulted from using cocaine to break the morphine habit.
Cocaine, the author remarks, is more insidious than morphine as it fastens upon its victim more readily. The special dangers of cocaine are: 1. It is treacherous 2. It early produces breakdown, both in the moral and intellectual spheres; and 3. It is intensely toxic bringing about destructive tissue change after a short period of abuse. It differs from alcohol and morphine which may be long indulged in without giving rise to serious structural change.
And from 1910, I learned something new about John’s Bridge or the New St John’s Bridge as it was known back then.
New St John’s Bridge. Picturesque Opening Ceremony.
In the presence of a large and representative gathering of citizens and county people the new St John’s Bridge, which as a result of hearty co-operation of the Corporation and County Council has been erected at a cost of over £6000, was formally declared open to traffic on Monday afternoon last.
The ceremony which was of a unique and picturesque character was performed by the Mayor, Ald ML Potter JP representing the citizens and Mr Joseph Walsh JP, Chairman of the County Council representing the county.
The new structure is composed entirely of ferro-concrete and it is interesting to know that Kilkenny now enjoys the distinction of having a bridge with the longest span – 140 feet – of that material in the United Kingdom.
And an interesting tidbit from April 16, 1911: Qualification of Women Act allows women to become members of County and Borough Councils.
And from 1915: Four Questions to the Women of Ireland: 1. You have read what the Germans have done in Belgium. Have you thought of what they might do if they invaded Ireland? 2. Do you realise that the safety of your homes and children, and the sanctity of your churches, depend on our defeating the Germans in Belgium? 3. Do you realise that the one word GO from YOU may send another man to fight for Ireland? 4. When the war is over and your husband or your son is asked: ‘What did you do in the Great War?’ is he to hang his head because you would not let him go?
Women of Ireland do your duty. Let your men enlist in an Irish Regiment TODAY. God save the King. God save Ireland.
And, finally, the Kilkenny People didn’t confine itself to local news; this from 1906 entitled: Exploding Calf.
James Tatman, a farmer from Topeka, Kansas was seriously injured through an explosion caused by a calf eating dynamite.
The calf found three sticks of dynamite which Tatman was using to blast a well. He frantically tried to drive the animal away but the dynamite exploded.
Mr Tatman was knocked back into the well by the force of the explosion and seriously injured. Only fragments of the calf could be found.