"Mount Juliet is a difficult course, but I'm sure the pros will manage"

Ger Dowling, captain Mount Juliet, on the build-up to the DDF Irish Open 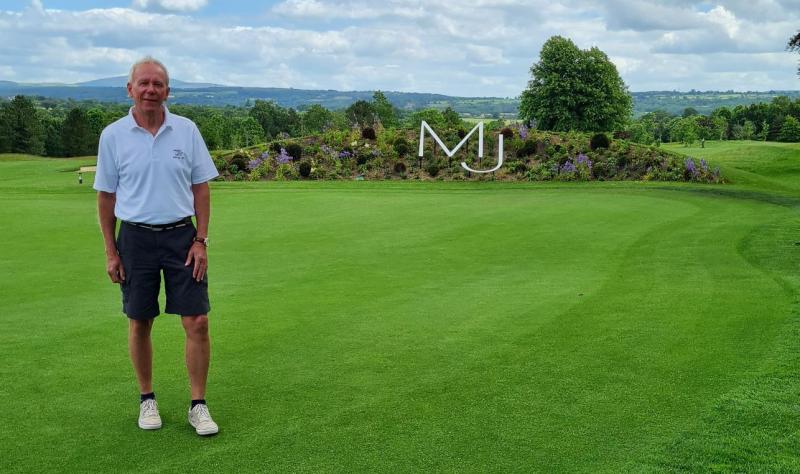 It’s a very special year to be the Golf Captain at Mount Juliet Estate with the Dubai Duty Free (DDF) Irish Open around the corner!
We caught up with the current club captain Ger Dowling about his love of the game after his Captain’s Prize competition last weekend at Mount Juliet Estate.
Ger was appointed to captaincy in December 2019. After his inaugural drive-in in January 2020 Ger was expected to hold rank for one year. What a year it was going to be with the DDF Irish Open coming to Kilkenny in May 2020 - that is until Covid hit and the world went into standstill.
Kilkennyman Ger Dowling is a recently retired school principal, and is married to another school teacher, Karen Dowling. Both Ger and Karen are avid golfers and have been active members in Mount Juliet for years.
Here is a glimpse into Ger’s world…
What a year to be Golf Captain with the DDF Irish Open coming to Mount Juliet. What does it mean to you?
It’s fantastic to be offered the opportunity. I was Captain last year but that year ended very shortly as we know.
I remember the day well; it was March 13 and I was sitting in the Club House and Leo Varadkar was on the television announcing that he was going to close down the country.

I had a very short period of captaincy but the owners of Mount Juliet Estate were very kind to ask me to do a second year and I’m delighted to be doing it.

Over the weekend you celebrated your Captaincy at the Club with the Captain’s Prize. How did it go for you?
What a day! We had over 200 people playing in the Captains Prize. It’s always fantastic to see so many members back out on the golf course.
We had some marvellous scores and not so good scores!
It was also the last day for members to play the course before the DDF Irish Open. I believe it’s tough to play as the roughs and the fairways are more challenging, all in preparation for the world’s best players.
Yes because it’s so close to the Irish Open, the fairways are a little bit narrow, the rough is extremely high especially if you go too far in and the greens are running much faster.
It’s a difficult course at the best of times but it’s extremely difficult now, but I am sure the pros will manage it!
You are the last to play on this world class course before the Open. Will you be the first back out when it’s all over?
The European Tour will take over the course for two weeks, with the pros playing on it on the second week. So we won’t have it back until July 6.
The Monday is kept by the Tour for overplay in case of bad weather. It is also used for their people to play that didn’t get to play. Hopefully I will get a line on the course to play it exactly how it was on the Sunday – the finishing day of the DDF Irish Open.
Numbers are restricted this year. Can all your members attend the DDF Irish Open?
All members are invited to attend and they will all have a season ticket for the four days. They aren’t allowed in early in the week or for the Pro-Am.
You have a pretty special day yourself with the Pro-Am on Wednesday, June 30.
Yes the Pro-Am is an opportunity where people like myself the amateurs get to play with the professionals the day before the DDF Irish Open starts. 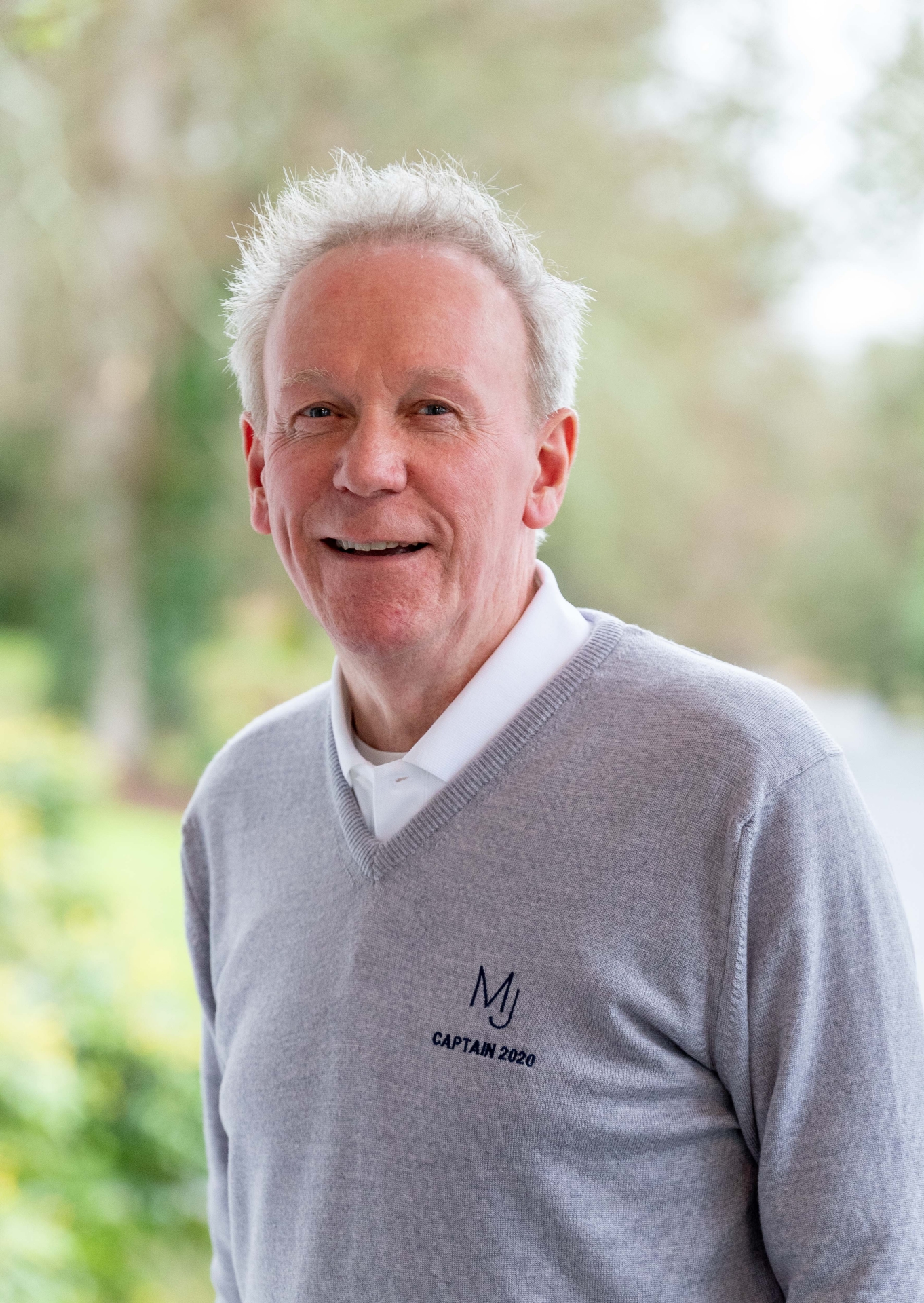 The European Tour organises that Pro-Am, so they decide the playing order - generally three amateurs will play with a pro. The pro will have a caddy, but we can’t have a caddy because of Covid. There won’t be any spectators either for that day.
The two captains, the Lady Captain Annette Hogan and I, will be put out with a pro on the day. It’s going to be good fun with a few celebrities thrown in and the all-important sponsors.
As well as being some fun, it’s also a good day for us to see how the pros do it and for pros to relax before the big tournament.
What will be your primary role the week as Captain of Mount Juliet Golf Club for DDF Irish Open?
I’ll be here for the week. On the Monday and Tuesday I will be meeting and greeting. On the Wednesday it’s the Pro-Am.
Both Captains and Presidents will be here for the full week and we’ll do whatever is required of us, be it working on the range or course marshals. They’ll be some nice jobs and not so nice jobs that week!
Who are you looking forward to meeting at the Dubai Duty Free Irish Open?
The most important thing is for me to meet as many of the players as possible. Of course I’d love to meet the four Irish guys that we know are playing and maybe we might have an amateur thrown in there too, maybe Kilkenny’s Mark Power - you never know!
To meet Padraig Harrington, Shane Lowry, Graeme McDowell and Rory McIlroy would be an honour.
I’d also like to meet Tommy Fleetwood. To see them play up close will be fantastic.
Do you think we’ll have Jonathan Caldwell in the field?
I think very much so. Sure why wouldn’t he attend! He has had a marvellous time of late, I’m thrilled for him.
If you were a betting man, who would you back to win?
I’d love to see one of those Irish guys winning it. It would be the icing on the cake for Mount Juliet. Whoever wins we’ll embrace them, that’s the important thing.
Some rapid fire questions about your own game:
What is the best shot you have ever taken?
The best shot is every time I can put the ball on the green, it’s a best shot for me.
Have you ever scored a hole in one?
No. Did your husband tell you to ask me that question?!
Do you have a claim to fame moment or a special highlight of playing golf?
My highlights are first being from Kilkenny and being asked to be Captain, on top of being asked to do a second year is a real honour.
What’s the best course you have ever played, outside Mount Juliet?
There’s two courses and they are both in Kerry - Waterville and Tralee.
What course is on your bucket list to play?
I would like to play on Pine Valley in New Jersey, USA.
What tournament would you like to go to?
The Masters at Augusta.
Why do you love the game of golf?
I love meeting friends and being out one a beautiful golf course in the fresh air.