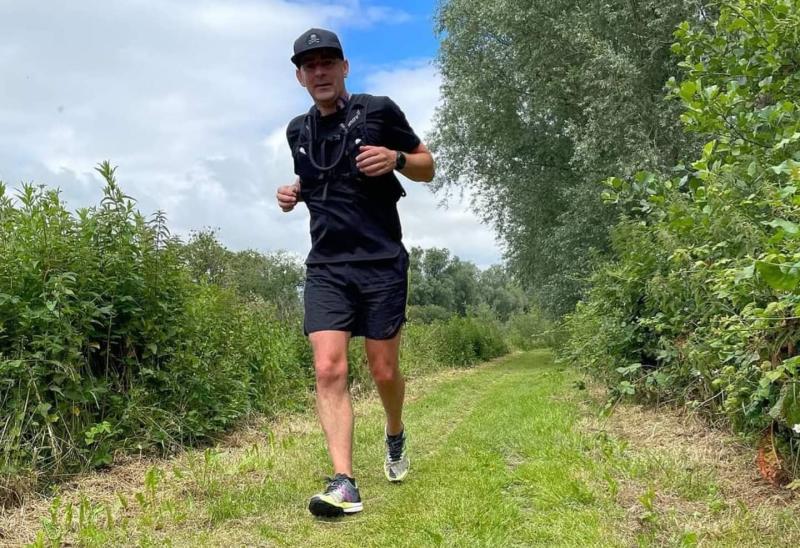 Dara O'Brien who recently ran the length of the Barrow Way

A big-hearted Kilkenny man has run the length of the Barrow Way and raised over €7,000 for local autism services.
Dara O'Brien completed the challenge to raise funds for the As.I.Am movement and Saplings School in Goresbridge, both of whom are doing huge work in raising awareness of and helping children with autism.
Starting off at 5.30am on Sunday Dara ran the 117 kilometres from Robertstown in Kildare to St Mullins in Co Carlow in 14 hours and three minutes.
“I wanted to do it in around 14 hours so I was happy with my time,” he said.
Dara, who only took up running properly in the past two years, has been training for the event since January.
“I really wanted to do it and in my own head there was no way that I wasn’t going to do it. Once I had set myself a goal that was it,” he said adding that he was blown away by the support he received along the route.
“People were great, I have friends joining in and running stretches of it and other people had heard about it and came out and joined in,” he added.
Prior to the run, Dara had completed an 80-kilometre run and was running on average between sixty and seventy miles a week.
“Basically I have to run the length of a full marathon on top of what had previously been my longest run.
“I was physically very lucky that I didn't have any injuries. I just had tired legs. There a great turnout at the bridge in Graignamanagh and part of me wished that the Barrow Way ended there. The final hour in the sunshine into St Mullins was the toughest part.”
Donations both online and offline are now over €7,000 and will be split between the Saplings School and
Dara now is officially recognised as having the fastest known time for running the entire length of the Barrow Way and the As.I.Am movement.
“There are both great causes. The Saplings School provides brilliant services locally and the As.I.Am movement raises awareness around autism. I am delighted that they will both benefit from the challenge,” he said and added that he hoped people will be encouraged to enjoy this local amenity.
“I love the Barrow Way, it amazes me how underused it is. Part of this is about raising awareness about this wonderful amenity as well.”