Leinster title in the bag for Kilkenny minors - now for the All-Ireland final! 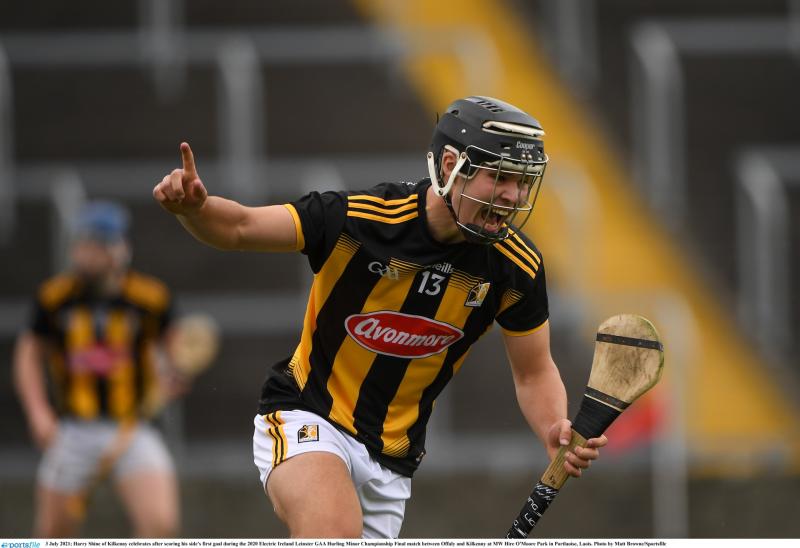 A powerful first half paved the way to victory as the Kilkenny minor hurlers got their hands on the 2020 Leinster title.

The Cats had too much for Offaly to contend with as they sealed the delayed 2020 spoils and set up an All-Ireland final against Galway.

Kilkenny were on fire in the first half and dismantled Offaly with fast play and decisive passing.

With Billy Drennan in unerring form (0-4, three frees) they opened up an early lead, going 0-6 to 0-1 up inside 12 minutes, then took an even bigger lead when Harry Shine hammered the sliotar home from point blank range following great teamwork from Denis Walsh, Eoin O’Brien and Timmy Clifford.

Richie Mulrooney’s side continued to ramp up the pressure, leading by 10 points at the water break (1-8 to 0-1). They stayed in full flow, surging even further ahead with stylish points from wing-back Billy Reid and Clifford, before Denis Walsh unleashed a stinging dropshot that arrowed into the net with 25 minutes on the clock (2-10 to 0-2).

Offaly did clear their heads in the closing stages - Luke Carey got their first point from play in the 28th minute - with a late goal from Quinn helping their cause, but one final Drennan point (he had eight in the first half) saw Kilkenny with one foot in the All-Ireland final by the break (2-13 to 1-4).

With Drennan continuing to fire over frees Kilkenny kept a comfortable cushion between themselves and their rivals in the second half. Offaly did muster a late comeback, grabbing goals through Lee Hogan and a Luke Carey penalty, but there was no denying Kilkenny their title.