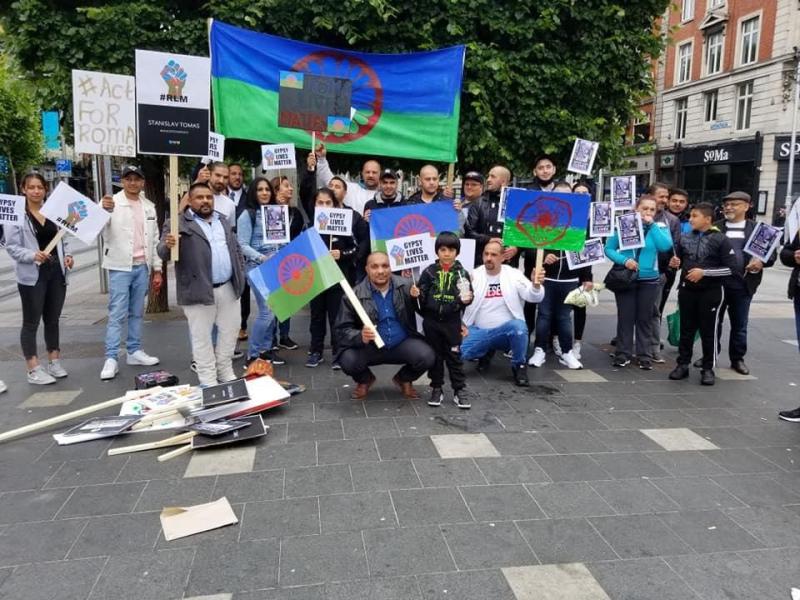 At the recent protest in Dublin

Members of Kilkenny's Roma community took part in a protest recently against racism and discrimination towards the Roma people all over the world.

The protest arose after a recent incident in which a man died after being restrained by Czech police, after footage of the incident went viral on social media. Human rights organisations have called for an investigation into the death.

The protest took place in Dublin on June 27.