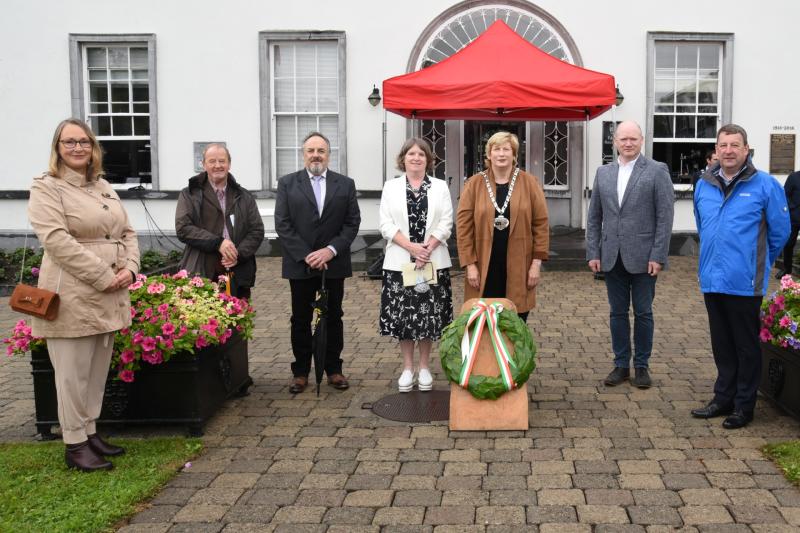 This year’s commemoration involved key participants and a small number of other guests including local and regional public representatives, members of the Defence Forces, gardaí and religious leaders

A regional ceremony for the National Day of Commemoration took place in the grounds of Kilkenny’s County Hall on Sunday, July 11 to honour all those Irishmen and Irishwomen who died in past wars or on service with the United Nations.

This year’s event coincided with centenary of the Truce Day for the War of Independence which occurred on July 11, 1921 signifying the end of the war, ultimately bringing about the Anglo-Irish Treaty in December 1921.

The Kilkenny event, hosted by Cathaoirleach of Kilkenny County Council Fidelis Doherty, was one of a number of regional ceremonies. 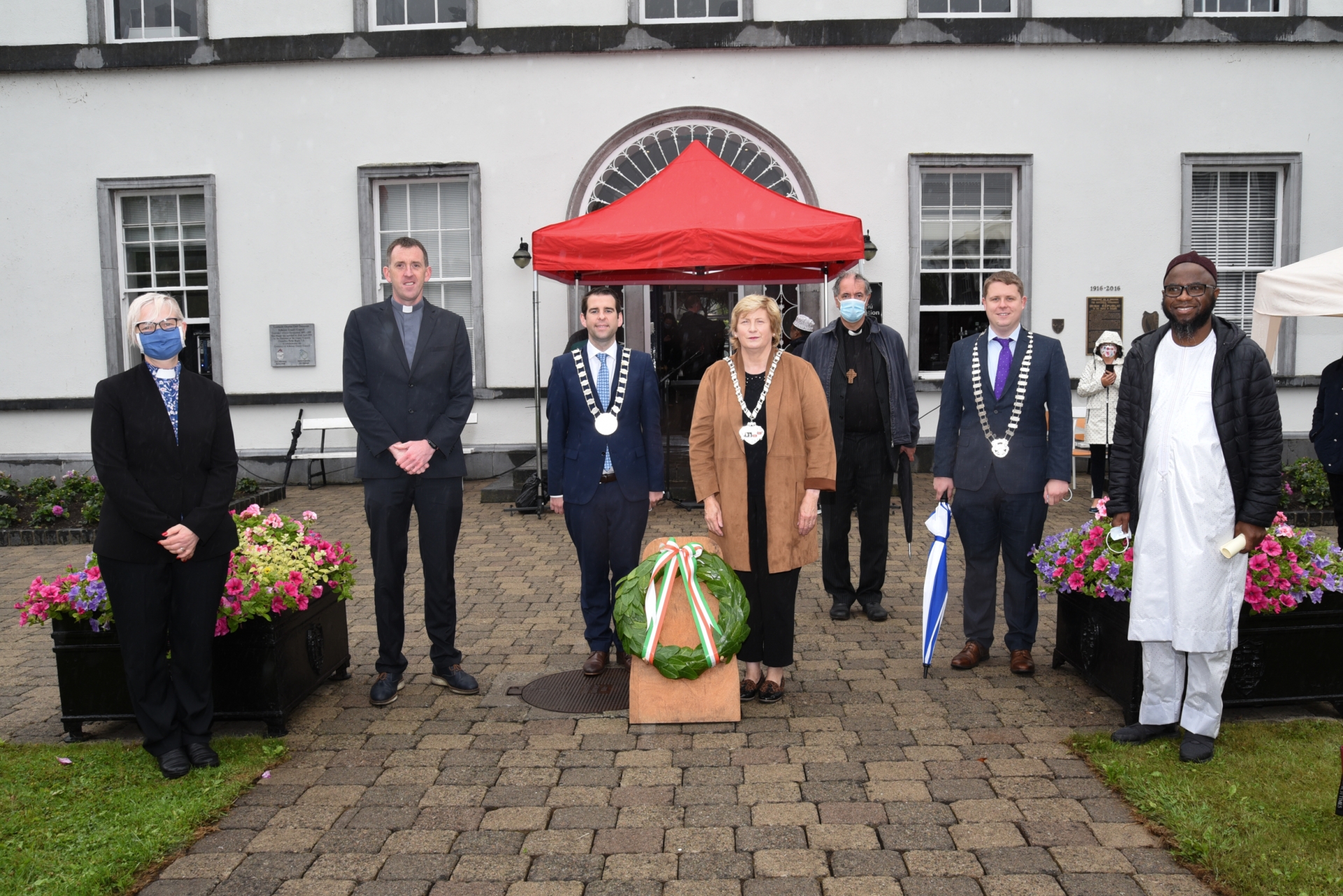 The commemoration involved key participants and a small number of other guests including local and regional public representatives, members of the Defence Forces, An Garda Síochána and religious leaders.

The religious leaders led a prayer service which was followed by the laying of a wreath by Cllr Fidelis Doherty on behalf of the region. The Irish flag was hoisted to full mast by Lt Michael Murphy, James Stephens Army Barracks.

Cllr Doherty thanked all those who attended in the inclement weather and in particular the members of ONET and their families. She said it was important to commemorate those Irishmen and Irishwomen who died in past wars or on service with the UN. 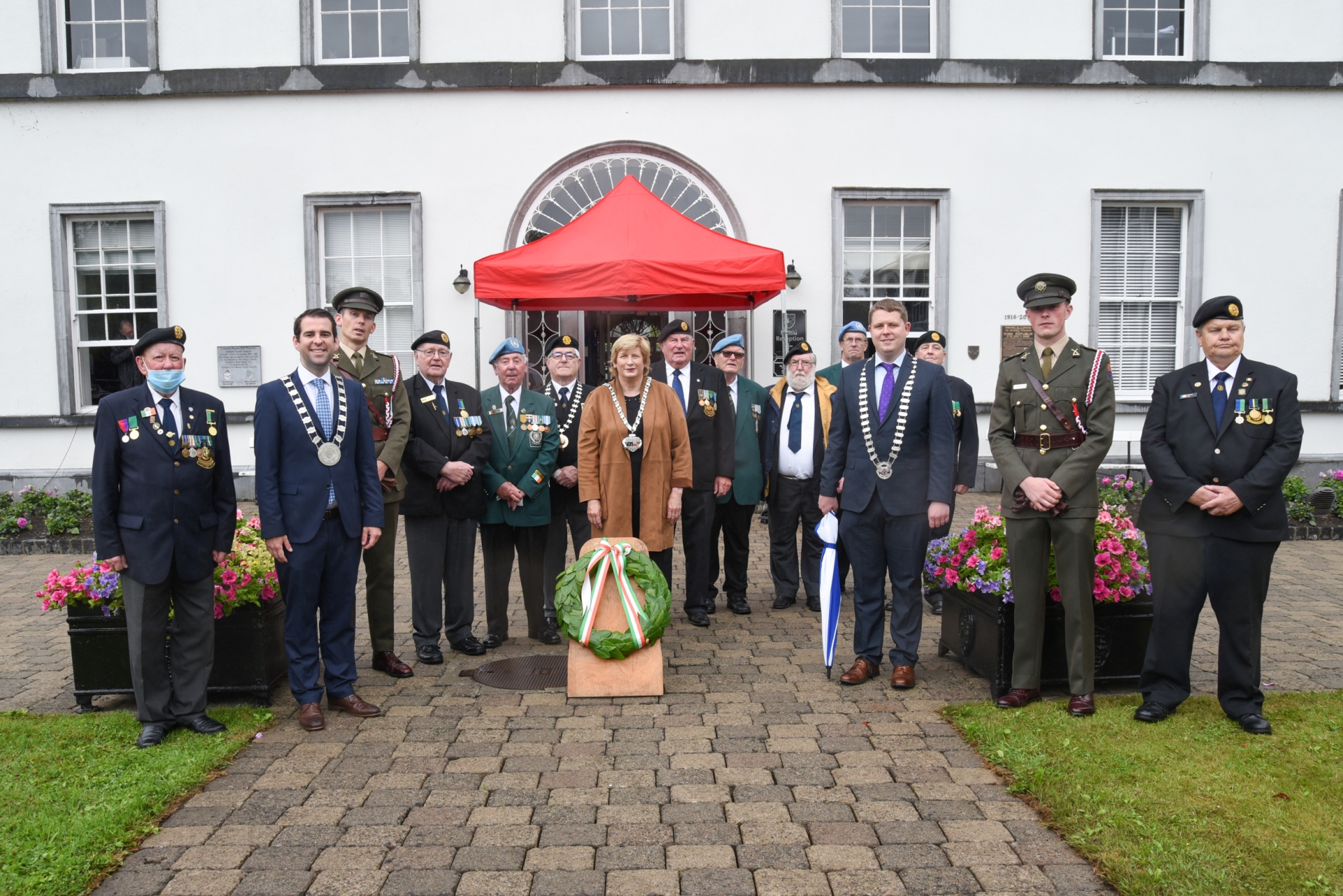 Cllr Doherty thanked the Members of the Defence Forces who continue to assist in peacekeeping missions as their work abroad is recognised internationally.

She spoke about the sacrifices made by the families of all those who serve overseas and a huge debt of gratitude is owed to them. She also thanked all those involved in making the ceremony memorable particularly, the clergy, the sign language interpreter, the musicians and the singer and invited the public to view the ceremony on the council’s Facebook.