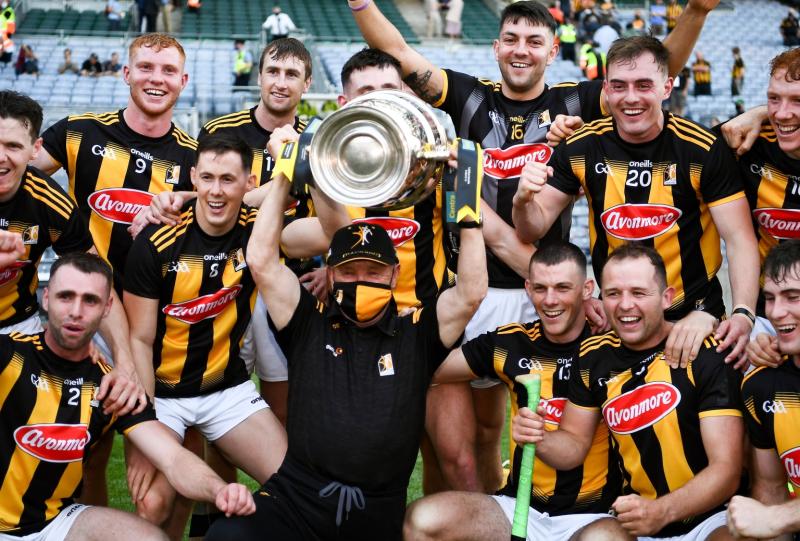 It's back to back Leinster titles for Kilkenny after the Cats emerged nine point winners over a gallant Dublin side in Croke Park this evening.

The final scoreline may have been pretty harsh on Matty Kenny's Dublin side as they were hugely competitive for three quarters of the contest and they were heavily depleted with covid hitting their squad and as a result key players Ronan Hayes and Cian O'Callaghan missed out.

To make matters even worse for the Dubs, full back Eoghan O'Donnell cried off injured after only three minutes as the hamstring injury that had him doubtful from the start, flared up again.

Taking all that into account Dublin were very good and despite hitting 17 wides in total,  it was only three Kilkenny points on the spin from TJ Reid, Eoin Cody and James Maher that had the Cats 0-12 to 0-9 to the good at the half-time interval.

The second half continued in the same closely fought fashion but helped by an inspirational Martin Keoghan point, Brian Cody's side slowly began to stretch away on the scoreboard and by the second half water break seven points seperated the sides with the likes of Reid, Maher and sub Alan Murphy getting on the scoresheet.

Kilkenny then got the only goal of the game with nine minutes remaining when Murphy broke forward and he was adjudged to have been fouled by Jake Malone on the cusp of the square and it was a double blow for Dublin with a penalty awarded and Cuala man Malone getting a sin bin.

As a result Kilkenny were a man up for the remainder of the contest and the Cats bench again stood out with six points from play as the likes of Michael Carey, Cillian Buckley and James Bergin staked their claim for a starting place ahead of the All-Ireland semi-final in three weeks time.