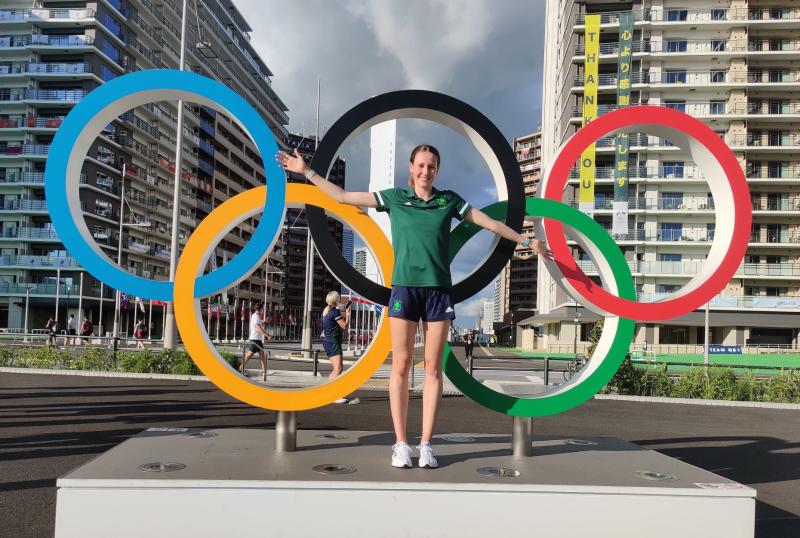 Kilkenny is getting behind Cliodhna Manning at this summer's Olympics - by turning the Castle green!
With the Kilkenny City Harriers athlete all set to compete on the world's biggest stage, the Marble City will show its support by lighting up Kilkenny Castle in green tomorrow (Thursday) in advance of the race on Friday (12 noon Irish time).
Athletics takes over the second week of the Games, with events in both Sapporo Odori Park and the Olympic Stadium from this Friday to Sunday, August 8.
Manning could be one of the first members of the Irish track team in action on Friday, with the mixed 4x400 relay team, which also features Sophie Becker, competing. Ireland's athletes will also take on heats in the 800m and 400m hurdles.
Friday's athletics schedule, from an Irish point of view, is:
800m Heats
Nadia Power (Heat Two - 2.33am Irish Time). Louise Shanahan (Heat Three - 2.41am). Siofra Cleirigh Buttner (Heat Four - 2.49am).
The first three from each heat will qualify automatically for the semi-finals, along with the next six fastest athletes.
400m Hurdles Heats
Thomas Barr (Heat 3 - 3.41am).
The first four finishers from each heat and next four fastest qualifiers advance to the semi-finals.
Mixed 4x400m Relay
The team of Cillin Greene, Chris O’Donnell, Phil Healy, Sophie Becker, Robert McDonnell and Cliodhna Manning are out in heat one at 12 noon.
The first three finishers from each heat and next two fastest qualifiers will advance to the final.
Making the Olympics was an incredible feat for Manning, who put a year of injury behind her to earn her place on Team Ireland.
"I'd been injured every year since 2017 so even being competitive at this year's Nationals was amazing," she said. "To come back and be selected for the Olympics is unbelievable - it’s a dream."
Naturally, it was a proud moment for Kilkenny City Harriers to have another Olympian in their ranks.
"Cliodhna's selection as a member of the 4×400 mixed relay squad is a just reward for her dedication to her training over many years, her overcoming injury and operation and her willingness to compete in relevant races," they said.
HOW TO WATCH
Coverage of the Olympic Games is on RTÉ Sport and the BBC. RTÉ2 coverage will start at 1.30am each morning and run right through until 3.30pm the following afternoon. At 7pm each evening on RTÉ2 there will be a round-up all of the action with particular focus on the Irish athletes.
BBC One and BBC Two will also show all of the action as they hold the exclusive UK rights with programming beginning at midnight each day and running through until 3pm while they will also show a round-up programme at 7.30pm each night.
EuroSport are also delivering extensive coverage of the Tokyo Games.